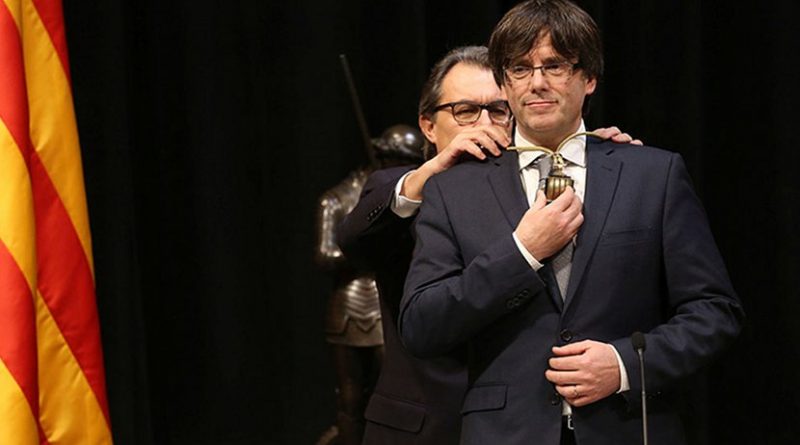 A Spanish judge has issued a European arrest warrant for ousted Catalan President Carles Puigdemont. The leader’s request to testify by videoconference has been rejected.

Puigdemont is currently in Belgium, where he went after Madrid sacked his government. International arrest warrants have also been issued for four of his associates.

Together with Puigdemont they face charges of rebellion, sedition, misuse of public funds and breach of trust. On Thursday, ex-Catalan Vice President Oriol Junqueras and seven other former regional ministers were jailed without the opportunity to post bail.

Belgium’s prosecutors have already received the arrest warrant for Puigdemont and will “study it,” before passing it to a judge.

“We will study it and we will give it to an investigative judge, maybe tomorrow or the day after tomorrow,” federal prosecutor Van der Sypt told Reuters.

Earlier Friday, Puigdemont told Belgium’s RTBF broadcaster that his prompt departure for Brussels was not actually “fleeing” Catalonia, as he was ready to participate in the snap elections Madrid scheduled following the crackdown on his regional government.

“We can run a campaign anywhere because we’re in a globalized world,” he stated, adding that he is seeking to engage in “true justice” in Belgium and “not in the Spanish justice,” while his prompt departure was needed to prepare for his legal defense. “Violence was never an option for us,” Puigdemont said.

The ousted Catalan leader also said that he still considered himself and the jailed former ministers the legitimate government of the region.

“We consider ourselves a legitimate government,” Puigdemont said. “There must be a continuity to tell the world what’s going on in Spain… It’s not with a government in jail that the elections will be neutral, independent, normal.”

The arrests of the ousted ministers prompted pro-independence rallies in Catalonia, including one that took place in Barcelona outside the City Council on Friday. Two Catalan separatist groups, the Catalan National Assembly (ANC) and Omnium Cultural, whose leaders were jailed last month over sedition charges, called for a general strike in the region next Wednesday and mass demonstrations next Saturday.