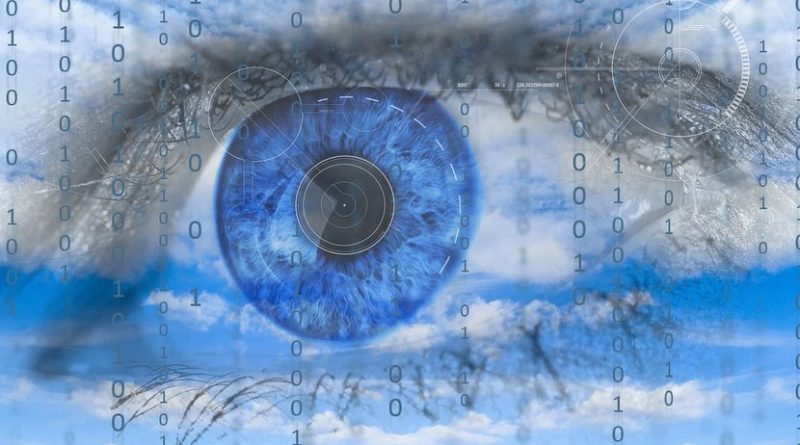 For China, technology is a weapon that is to be used to dominate the world. A number of American high-tech corporations are helping China to achieve the objective.

Long before Xi Jinping introduced in 2014 the Social Credit system that is supposed to be fully functioning by 2020, a forerunner existed for more than a century in the United States.  The early form of what is a credit bureau appeared in 1899 under the name of the Retail Credit Company to be rebranded Equifax in 1975.  It has been followed by Trans-Union and Experian that comprised the three main bureaus in the U.S.

Credit bureaus focus upon the negative aspects of an individual.  Someone habitually late in paying or failing to meet obligations will get a negative score that means that credit is either unavailable or comes at a higher cost.

The appearance in the last few decades of Facebook, Google, LinkedIn and other social pages means that there is a parallel massive accumulation of data.  By matching data sets, it is possible to re-identify an individual and to place that person into a profile that can be used to anticipate future behavior.  How the information is used will depend upon who is collecting it and why.

Because the American system is conducted by private businesses without political leverage, how data can be used is limited.  Combine the data collection with the political authority of the state and the environment changes.  The Chinese social credit system can turn information into broad punishment for the defiant or reward for the compliant.  Someone with a low credit score can be refused a passport or employment.  Seven million Chinese have been denied airline tickets due to their scores. Individuals may have a photo and character degrading comments posted on a government wall in a modern form of pillorying.  Every bit of information goes into a personal file, Dang’an.  The system was created by Mao Zedong and is available only to the authorities.

Five hundred million of the eight hundred million people online use fintech facilities for most of their financial activities.  With each transaction, they are leaving a data trail.  Tencent, Alibaba, Baidu and other corporations funnel data to data banks where information from government offices, the police, employers and social groups is compiled and evaluated.  “The line between private companies and state institutions is often quite blurred,” says Maya Wang from Human Rights Watch.

When the system reaches the level of a cashless society.  That will complete the entrapping of the entire population in a digital prison.  By freezing a person’s credit and debit cards, an individual will not be able to live.

Mao Zedong adopted from the Soviet Union the philosophy of “catch up and surpass” in technology as the means to strengthen China and made it a part of Marxist culture.  For Xi Jinping, technology as the means to maintain order over the many points of potential conflict in China and to restore China to its former greatness.  As a teenager, he saw the society torn apart by the Cultural Revolution.  The violence of Tiananmen Square in 1989 and now Hong Kong are lessons in the danger of social disorder.  Like Mao Zedong, Xi is determined to maintain the Communist Party as the only authority in the country.  The state is the muscle and the party is the brain.

For the first time in history, technology is giving the Communist Party of China the means to control every aspect of life.  The key is the gathering and evaluating of information to uncover any threat to political stability.  Xi is acquiring the tools from his enemies in the United States.  Facebook enables officials to keep posts from appearing on people’s news feeds in specific geographic areas.  Google has been designing the search engine Dragon Fly that denies access to restricted information.  Apple, Microsoft, Amazon, and IBM are complying with a law the requires them to store data within China where the authorities have access to it.

The willingness of American high-tech corporations to cooperate with Beijing’s strengthening social credit system appeared with the creation by IBM and Google in August 2013 of the OpenPower Foundation.  The Foundation is described as the “OpenPower Consortium”. IBM is offering to the members firmware and software with a liberal license in a collaborative development.

Three hundred and fifty corporations and institutions from around the world have joined the Foundation.  When queried about the use of the information acquired by members, the Foundation states that it has no interest in how the knowledge is applied.  Among the early members is the Chinese Semptian Corporation that joined in September 2015; and it is this corporation that has aroused concern about how American high-tech businesses are aiding in building the power of the Chinese police state.

Semptian Corporation was founded in 2003 by Chen Longsen also known as George Chen.  He had been the director of the Chinese operations of the U.S. cryptography and computer security firm SafeNet Identity and Data Protection Solutions.  In 2011, Der Spiegel published That Semptian had contributed to the creation of China’s internet censorship system that blocks access to prohibited websites.

The Ministry of Science and Technology has granted to the Semptian Corporation for its technical achievements the status “of “National High-Tech Enterprise” That gives the company a variety of benefits, such as easier access to bank credit or materials.  Besides being a favorite at home, the company boasts that it is associated with the world technical giants of the caliber of IBM and Xilinx; and that reveals the real problem.  According to The Intercept, the three corporations have collaborated to improve microprocessors that enable computers to analyze vast amounts of data more efficiently.  The technology is being used to expand internet surveillance and censorship for security agencies in China.  A program known as Aegis is claimed by the company to be able to maintain surveillance of the entire country, track anyone’s movements by a cellphone, and to monitor the contents of telephone calls and emails.  Aegis means shield or safeguard and is being marketed internationally by iNext that operates from Semptian’s offices in Shenzhen.  Semptian is to participate in the Milipol security trade fair in Paris in November 2022 to market its technology to the world.  China is exporting the means for authoritarianism.

*Felix Imonti studied international relations and economics at UCLA where he was in the African Studies Program. After graduation, he was a securities broker for a number of years before founding a manufacturing business that marketed gold and precious stones. He was for seven years a director for investment strategies for a private equity firm until retiring a number of years ago to focus upon writing and investing his personal funds.He has published the history book, Violent Justice and numeerous articles in the areas of international relations, international economics and history. He has lived in eight countries and traveled through as many as forty others.