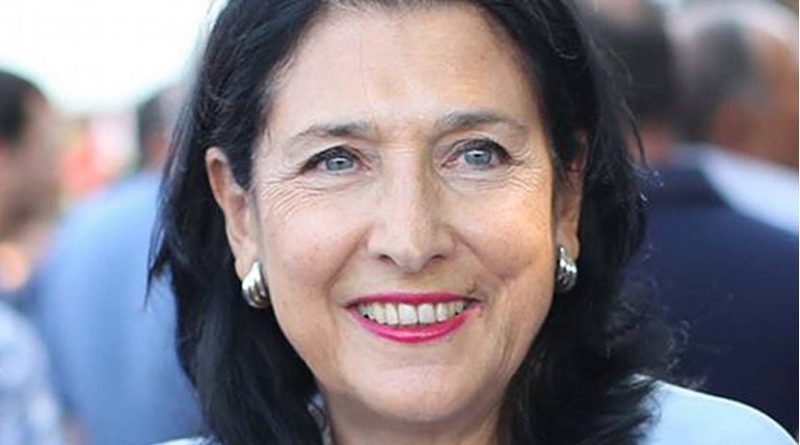 With the presidential elections now over, it was fascinating to see how many rhetorical twists and political intrigues were used to incriminate the political candidacy of Salome Zurabishvili.

Though it was clear from the very beginning that the new president, like the outgoing Giorgi Margvelashvili, would not have much political power, it was nevertheless stated numerously by various political players that she could do many “negative” things in relations with Russia.

Few, if any, said during the campaign that the new president of Georgia would play a very minor role in the foreign policy decision-making process, that the president’s active involvement is precluded by the Constitution, which was changed following the 2012 parliamentary elections.

In fact, even if one suspected that the new president would make some moves towards Russia, it is still more fascinating that ordinary people, and more so the analysts, did not much voice how meagre the probability was that Georgia would do anything to comfort the Russians.

In fact, in this case we have a good example how the human factor matters less than the geopolitical realities that nowadays exist between Moscow and Tbilisi.

For the Russians, Georgia is the southernmost part of the arc which runs from the Baltic to the Black Sea and then to the Caspian. Those lands are ‘borderlands” for the Russians, contested by the Europeans and Americans. The Russians have seen in the past 25 years or so how their influence has dwindled in Moldova, Ukraine, the Baltic States and Georgia.

The Russians, through their geopolitical mistakes, even reduced the chances of reversing the process. Economically and through soft power measures, the Russians are, unfortunately for them, less attractive, while militarily (hardly an asset when it comes to winning hearts and minds) they are one of the strongest in world.

The Russians and Georgians might enjoy increased bilateral trade, increased cooperation on trade routes through Georgia’s Abkhazia and Samachablo (South Ossetia) regions, but the reality is that any substantial progress in relations with the Russians is contingent upon Georgia abandoning its pro-western course.

For the Russians, the battle in the borderlands is not only about the military issue, who would station more troops, Russia or the NATO alliance, but rather it is about the overall civilizational choice of Ukraine, Georgia and Moldova, and Moscow intends to reverse this process.

For the Russians, Georgia’s NATO and European Union (EU) aspirations undermine the very basis on which Russia’s power was exercised throughout the last three centuries. In those times, the Russians were simply too powerful economically and militarily in northern Eurasia and thus were able to dominate the South Caucasus, Ukraine and Moldova.

This could explain why it does not matter much who becomes President of Georgia. A new leader, and in our case Salome Zurabishvili, would have to concede Georgia’s very fundamental policies pursued since the end of the Soviet Union, NATO and EU aspirations, which she will not do because of her European diplomatic background and because of the Georgian public which will not tolerate concessions to Russians.

The problem in Georgian- Russian relations is that they have reached a dead-end. For any actual improvement to follow, Moscow would either need to reverse its recognition of Abkhazia and Samachablo, which they won’t (at least for the foreseeable future), or Tbilisi would need to have direct negotiations with the separatist regions, which the Georgians will not do.

Thus, it can be argued that the Russians have narrowed the space for maneuvering with the Georgians following the recognition of Abkhazia and so-called South Ossetia as independent entities in 2008. Where before 2008, many of the Georgian elites thought it probable that there could be a return of territories to Tbilisi in exchange for reversing NATO/EU aspirations, now this thinking is dead. Simply put, the is no hope in negotiating with the Russians beyond some security and perhaps economic issues.

Put in this difficult geopolitical perspective, it is very unlikely that Salome Zurabishvili would vouch for any radical moves, even rhetorically. Indeed, following her victory she has already declared that relations with Russia remain stalled and there will be no changes to the existing status quo.

Official Russian reactions to her victory were quite positive, as many in Moscow argued that she would be more amenable. However, as explained above, exasperation at Russian daily behavior on Georgian soil, as well as the wider geopolitical context, preclude the new Georgian president and the executive government from expecting something positive from Moscow.