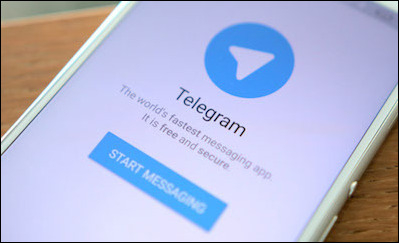 The Russian messaging app, Telegram, which provides almost complete anonymity to its users and relies on encryption, dedicates whole channels to ISIS and its ideology.

In November, the European Union Agency for Law Enforcement Cooperation (better known as Europol) and popular online messaging platform Telegram orchestrated coordinated action to hit the so-called Islamic State’s famed online ecosystem, which the group used emphatically to make space for itself on the front pages of newspapers around the world. While the likes of Facebook, Twitter and other major platforms have taken steps to counter the use of their online spaces by terror groups, the challenges far outweigh the responses for the time being.

Telegram, arguably, catapulted itself into infamy by becoming the go to place for ISIS’s online supporters. The online space, and its supporters, were an important facet for the Islamic State to extend its global reach, and perhaps more importantly, brand itself as the most dangerous and important Islamist group around. For creating this kind of narrative, where they even trump the threat perception posed by Al Qaeda in the post 9/11 era, the ‘shock and awe’ of gruesome violence in the form a beheadings and pushing people off buildings coupled with Hollywood-style production of videos uploaded from bombed out cities and towns in Syria. The internet was used by IS in a much planned manner, beginning from releasing documents such as ‘Media Operative: You Are a Mujahid Too’, which scholar Charlie Winter describes as a field guide on how to conduct information warfare.

However, one of the main reasons for this guide is also seen as a tool of validation, for those making these videos, shooting their fellow IS members conducting attacks to feel hierarchically equal to the fighters, and knowing that their job for the caliphate is no less than a fighters. This worked well for IS, as the group staking claim of an attack, often via its Amaq News network, became the modus operandi of any jihadist looking to make a quick name for themselves. And in many cases, this came through with great success.

On November 22, days before Europol confirmed its actions in collaborations with Telegram, Quraysh, an Islamic State linked media outlet released a statement saying that thousands of IS related media accounts were deleted by Telegram, informing people that they should create multiple accounts and back up their accounts specifically to preserve propaganda videos and other related terror content. The Telegram purge, seemingly catching pro-IS accounts by surprise, saw many to start moving to another platform called Riot, an open source instant messaging software. However, with technology companies already under pressure to be more vigilant on terror groups using platforms to force multiply their propaganda, Riot also purged these new pro-IS accounts quickly. This could be seen as a success for tech companies, with response times on taking down such content being one of the spaces where governments are pushing companies from a regulation and law perspective.

The move of the Europol against Telegram clearly triggered the IS ecosystem online. In Al Naba, IS’s newsletter, the group took note of the deletions on Telegram and released an editorial displaying the importance of their communications and messaging. “And they have tried to destroy the media apparatus of the Islamic State over the past years, but they have not been able to do that by the grace of God All Mighty alone,’ the editorial said.

However, the challenge is not simple. Despite Riot’s strengthened response, pro-IS accounts seem to have found relative refuge on another platform, TamTam, a mirror of Telegram with similar features and ecosystems. These small apps make for ideal targets as they have limited capacity to counter these threats. While the likes of Facebook and Twitter can employ money and human capital to address these issues head on, others may be apps with 5 million users but only 2-3 people running the backend, giving no capacity to counter such misuse by terror groups, criminal syndicates and others.

The crisis within the technology world for protecting platforms and online spaces from use by terror groups is as much about messaging as about technology. It is perhaps first pivotal to recognize the fact that an organization such as IS, operating from a region where it is fighting daily for survival, did manage to defeat us in messaging and counter-messaging. They gamed the systems, and used existing technologies and services, the ones we use to communicate daily with family, friends and colleagues, to spread propaganda, recruit and showcase their brand of violence and dystopia. The companies, and society’s response to counter the same was inadequate, as ecosystems struggled with issues such as freedom of speech, open access, regulations and markets as well. The ‘social’ in social media has slowly become an obsolete term, with companies becoming multi-billion dollar market oriented enterprises and not just mere communication or social platforms.

However, for countries such as India where institutional responses are often weak, delayed and overbearing (such as internet shutdowns) mixed with the fact that in most cases technology always defeats policy on time. The example of cooperation between Europol and Telegram, the latter being largely ambivalent over IS’s use of the platform in the past, shows a concentrated effort in Europe on the cyber security space. This is, also, an extension on deep debates in the continent over privacy and the digital age itself, and security has been a byproduct of this very debate.

The sanitization efforts by Europol and Telegram are not only commendable albeit delayed, but have shown visible outcomes of how important messaging has been for IS. The Al Naba editorial, cross-platform dash by established IS ecosystem to find similar homes as Telegram and so on have in them a sense of panic. Why? With the death of Abu Bakr al-Baghdadi, and announcement of the new caliph Abu Ibrahim al-Hashimi al-Qurashi, and various international wilayats of IS releasing bayat to the new leader, uninterrupted and efficient messaging now is vital for the group to stay relevant in what is a critical transitionary period.