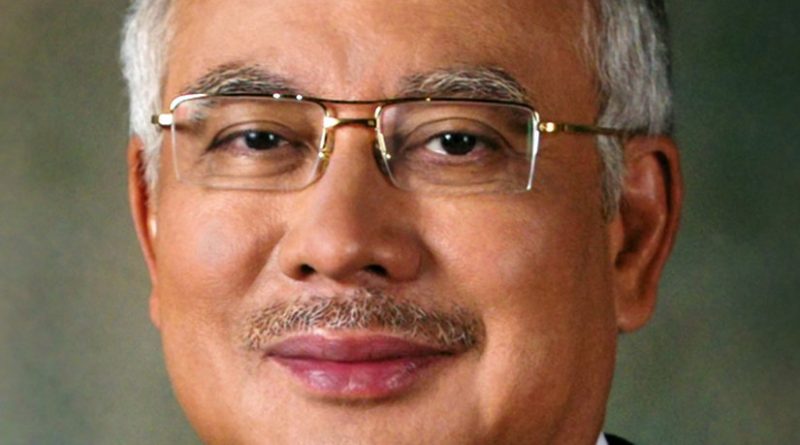 By Hadi Azmi and Noah Lee

Former Prime Minister Najib Razak testified Tuesday that a fugitive financier had misled him, as he took the witness stand for the first time in one of his corruption trials tied to the 1MDB financial scandal.

Financier Low Taek Jho (better known as Jho Low) had portrayed himself as having influence with Middle Eastern governments, Najib said in court as the defense phase opened in the trial. He is charged with illegally receiving millions of dollars from a subsidiary of 1Malaysia Development Berhad, a state investment fund.

“Because of that, I thought his influence and connections would help 1MDB achieve its goals and attract investments,” the ex-prime minister told the High Court in Kuala Lumpur as he read 70 pages from a 243-page statement.

After Najib’s testimony on Tuesday, his lawyer described him as a victim of Jho Low, a former associate of the ex-prime minister.

Last month, Judge Nazlan Ghazali ruled that the prosecution had shown credible evidence that Najib, 66, would have to answer the seven charges against him related to accusations that he illegally received transfers of 42 million ringgit (U.S. $10 million) from SRC International, a former unit of 1MDB.

“I, in an absolute and unequivocal manner, would like to state that I do not have any personal interest in SRC, except in a professional manner as the prime minister and minister of finance and in the interest of the public,” Najib told the court.

The former prime minister is to return to the witness stand on Wednesday to continue reading from his written statement. The prosecution will be able to question him during scheduled court sessions later this month.

“He has chosen to be in the witness box to open himself to cross examination because we advised him there is nothing for him to fear,” Shafee told reporters outside the court.

Najib set up 1MDB in 2009 ostensibly to spur economic development, but the fund amassed billions in debts. In 2016, the U.S. Department of Justice accused “Malaysian Official 1” – later identified as Najib – and associates of embezzling and laundering more than U.S. $4.5 billion (18.8 billion ringgit) in 1MDB-linked money between 2009 and 2014.

Najib, who faces a total of 42 criminal counts, is standing trial in another court on 25 charges of abuse of power and laundering of money connected with 2.3 billion ringgit ($551 million) that went missing from 1MDB. He could face additional trials on the 10 remaining charges.

“The leader of the pack was Jho Low,” Shafee told reporters.

“The crux of our defense is everything was devised by Jho Low together with four Arabs – two from Saudi Arabia and another two from Abu Dhabi,” he said. “The entire management of 1MDB and SRC were all paid off by Jho Low.”

Shafee said Najib, who served in the dual role of prime and finance minister until 2018 when his Barisan Nasional coalition was swept from office, was not expected to examine financial ledgers to make sure nothing was out of order.

“He was working on a macro level, not a micro level,” Shafee said, adding Najib was responsible for setting policy.

Jho Low, who fled Malaysia and is the subject of a manhunt, faces criminal charges in Malaysia and the United States for his role in allegedly embezzling from 1MDB through his relationship with Najib.

In October, the U.S. DOJ announced it had reached a settlement with Jho Low and his family to return assets valued at $700 million (2.9 billion ringgit) purchased using funds misappropriated from 1MDB. A U.S. official said those funds belong to Malaysia.

Shafee was charged in 2018 with two counts of money laundering and two counts of tax fraud for a pair of transactions totaling 9.5 million ringgit ($2.27 million) between September 2013 and February 2014. At the time of his arrest, the attorney called the charges politically motivated to remove him from Najib’s legal team.