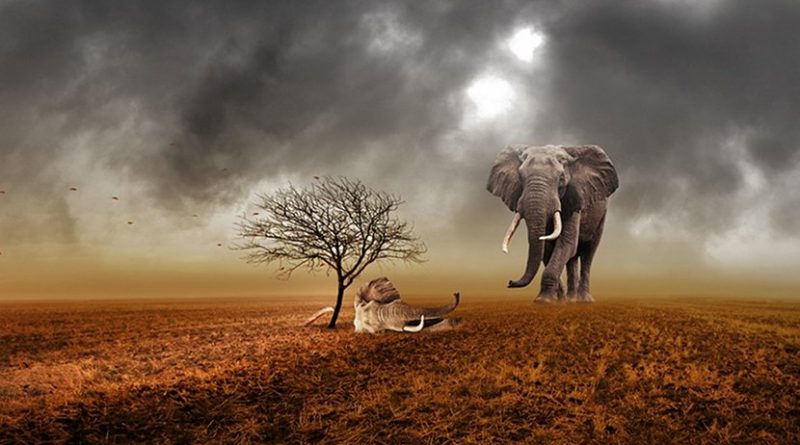 Research from the University of Kent’s Durrell Institute of Conservation and Ecology (DICE) has found that elephant ivory is still being sold on the online marketplace eBay, despite its 10-year-old policy banning the trade in ivory.

The trafficking of wildlife over the internet continues to be a problem, with the detection of illegal activity being challenging. Despite efforts of law enforcement, the demand for illegal wildlife products online has continued to increase. In some cases vendors have adopted the use of ‘code words’ to disguise the sale of illicit items.

Sofia Venturini and Dr David Roberts of DICE investigated the misrepresentation of materials in advertisement descriptions of netsuke being sold on eBay UK. Netsuke are carved objects, attached to the cord of the Japanese kimono and are often made of elephant ivory.

A comparison was made between the materials declared by the vendors and the authors’ identification based on the images in the advertisements. As it was not ethically desirable to obtain the physical items for analysis, the researchers verified authentic elephant ivory by analysing the presence of Schreger lines (a unique pattern found in elephant ivory).

The researchers found that authentic elephant ivory was most frequently described as bone in listings of netsuke. Further, by returning a month later they found that only a small percentage (between 1.3% and 6.9%) of these netsuke made of elephant ivory had been removed by eBay. Over half had been sold, while among the items that remained unsold, half were relisted. If eBay was effectively enforcing its policy (introduced in 2008) on ivory, these items would have been removed.

Dr Roberts said: ‘Despite eBay’s strict policy on Animal and Wildlife Products, there is still an ongoing trade in ivory, mostly concealed as other non-restricted materials. While detecting illegal sales of ivory items can be particularly difficult as, for example, the word “ivory” can be used to describe a colour, companies like eBay have the resources and data that could be mobilised to tackle the challenge of illegal wildlife trade.’

Home » Elephant Ivory Continues To Be Disguised And Sold On eBay