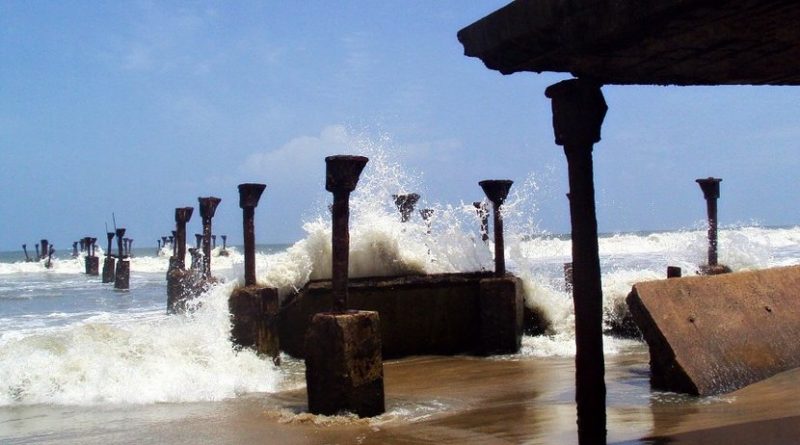 The political borders between states are unable to stop the effects of environmental deterioration from spreading from one country to another and from one region to another.

The military rivalries in Arctic, greater Asia Pacific and Middle East are becoming more intense by the day — pushing rival states to thrust for extraordinary and unrestrained level of militarization of these regions.

Manufacturing and using these destructive weapons require massive consumption of fossil fuels, including coal and oil.

These massive consumption or burning of fossil fuels, in turn, release into the air the millions of tons of harmful gases that were previously locked up for millions of years in coal, oil and other fossil materials.

The most alarming part about these ‘harmful gases’ is: when these gases are released into the air, the global temperatures rise gradually — making the planet’s atmosphere increasingly warmer.

This warming atmosphere melts the mountain-ice and polar-glaciers in Arctic, Antarctic, Himalayas and elsewhere. These melted ice and glaciers turn into water — which then spreads into the seas and oceans of the world, raising the average global sea-level.

The inhabitants living in these coastal areas have been, thus, losing their homes to the growing water level of the seas and oceans. If this trend of the submergence of coastal landmass continues, millions of coastal inhabitants will have to embrace the fate of becoming climate refugees.

The wars in Syria, Iraq and Yemen have been adversely affecting the climate of not only these war-torn countries, but also those countries which are geographically located beyond the Middle East, including India, Bangladesh, Myanmar, Pakistan and Thailand.

In the ongoing Syrian war, the ‘harmful gases’ are being released into the air due to the use of tanks, artilleries, missiles, lethal weapons, etc.

Furthermore, the warplanes of all warring sides have been dropping bombs, which too release ‘harmful gases’ into the air. What’s more, the use of barrel and chemical bombs on civilian targets too carries these ‘harmful gases’.

Like Syrian war, these ‘harmful gases’ are also being released into the air by similar military activities in the ongoing wars in Iraq and Yemen.

These ‘harmful gases’, as mentioned earlier, make the planet’s atmosphere increasingly warmer — something that melts ice and glaciers (in Arctic, Antarctic, Himalayas and elsewhere) into water, which then spreads into the seas and oceans of the world, raising the average global sea-level.

Due to the rise in sea-level, the coastal landmass of India, Bangladesh, Myanmar, Thailand and Pakistan face the risk of being submerged.

The fact that India has coastlines on Arabian Sea and Bay of Bengal as well as deep into the Indian Ocean makes the country highly vulnerable to the rise in sea-level. It is projected that even with a 2 degrees Celsius increase, a substantial portion of the Indian coastal landmass with some 20 million coastal inhabitants would be affected adversely, as these inhabitants would lose their homes to the growing water level of the adjacent seas and oceans.

There’s prediction about Bangladesh too, that around 6-8% of ‘flood-prone’ Bangladesh may be submerged under water by 2030.

Moreover, the freshwater sources in the coastal areas of Pakistan, including rivers and aquifers, face deep intrusion of saline water from sea and ocean due to mounting sea-levels — a vulnerability that Bangladesh, India, Myanmar and Thailand too face during the dry season.

Furthermore, Thailand and Myanmar are also facing vulnerabilities due to the increasing rise in seal-level. Bangkok (Thailand) is at the risk of submerging into the sea within a matter of few decades, as the city has been sinking 10 centimetres every year. As for Myanmar, a substantial portion of the country’s coastal areas is predicted to be submerged under water by 2050.

If the climate continues to deteriorate in this manner, millions of inhabitants living in the coastal areas would be forced to become climate refugees.

The world leaders – and the leaders from the environmentally affected countries – must understand that if these measures are not taken immediately, millions of inhabitants living in the coastal areas across the globe could face a survival threat.