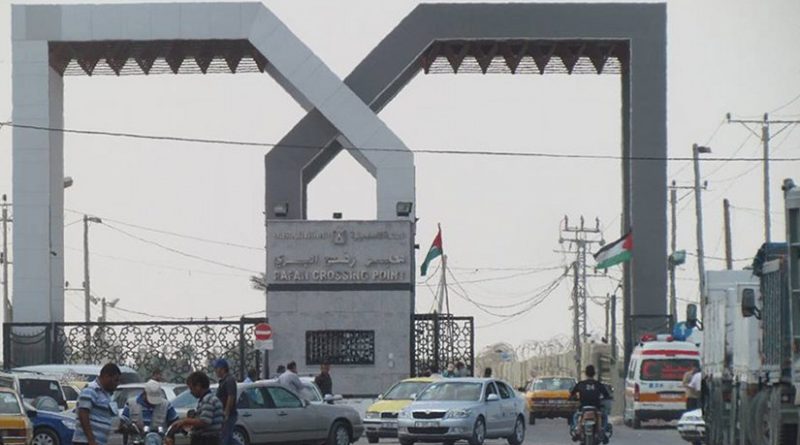 I’m appalled at the way democratic countries and responsible world bodies that supposedly champion human rights and the rule of law have come together to thwart courageous people trying to break Israel’s inhumane blockade of Gaza.

The sheer hypocrisy of this conspiracy against compassionate individuals willing to sacrifice for those less fortunate is astounding when one recalls that the same nations have been wagging their fingers at China and Myanmar for human rights violations.

They have merrily referred the Sudanese President Omar Bashir and the Libyan leader Col. Muammar Qaddafi to the International Criminal Court and have celebrated the capture of Gen. Ratko Mladic but when it comes to Israel’s crimes they are united in their support of the nuclear-armed aggressor even when Israeli leaderships laughingly stomp on human rights laws, international treaties, the Geneva Conventions and a host of UN Security Council Resolutions. Indeed, the British government actually wants to change its own laws to give alleged Israeli war criminals immunity from prosecution when visiting the UK!

Make no mistake! The four-year-old blockade of 1.6 million Palestinians barely eking out a living on a 360-square kilometer strip of land bordering Israel and Egypt is illegal. It was deemed so by the UN High Commissioner for Human Rights Navi Pillay on the grounds that “international humanitarian law prohibits starvation of civilians as a method of warfare,” adding that it “is also prohibited to impose collective punishment on civilians”.

The International Committee of the Red Cross that rarely criticizes governments put out a statement terming the blockade a violation of the Geneva Conventions. Even the San Remo Manual of International Law Applicable to Armed Conflicts at Sea, which is used — or, more accurately misused — by Israel as a legal cover for the embargo makes it clear that any blockade on an entire population is “illegal”.

Given the blockade’s illegality, there should be no bar whatsoever to any vessel sailing to Gaza provided its captain, crew and passengers understand they may be in danger from armed Israeli “pirates” who last year killed nine on the Turkish ship the Mavi Marmara eliciting a frost in Turkish-Israeli diplomatic and economic relations.

However, the US, the EU, and the UN have been jumping through hoops in response to Israeli pressure to prevent Freedom Flotilla II made up of 10 aid-laden vessels carrying approximately 300 caring civilians from all walks of life — including European politicians, pro-Palestinian activists, journalists and an 86-year-old Holocaust survivor — from leaving Mediterranean ports.

It’s quite a saga. First of all, the White House leaned on the Turkish government to hold secret talks with Israel designed to reinstate the two country’s formerly warm relationship. Then, all of a sudden, we learn that the spruced-up Mavi Marmara that was scheduled to sail with Freedom Flotilla II has withdrawn due to “technical problems” — although the ship’s owners IHH later admitted they were unable to obtain official permissions.

Undeterred by the Turkish pullout, the flotilla organizers announced they were determined to press ahead whereupon the Netanyahu-led Israeli government launched a vicious propaganda campaign on a pack of lies. Reports quoting Israeli official sources began to appear in the media suggesting Israeli intelligence services had learned that some of the passengers were set on murdering Israeli commandos using chemical substances.

Secondly, websites owned by the Israeli government uploaded a three-minute video from YouTube purporting to have been made by an American gay activist called Marc Pax with “a heartbreaking story”. He complained he had been banned from participating in the Freedom Flotilla II as someone like him would not serve the mission’s interests. Netanyahu’s office was so impressed that one of its interns Guy Seeman put up a link to the video on Twitter.

It wasn’t long before the pro-Palestinian blog Electronic Intifada discovered the video was a hoax. Marc Pax is an Israeli actor living in Tel Aviv whose real name is Omer Gershon. When the fraud was exposed Israeli officials apologized for promoting the video saying they had been duped when it’s likely they were the dupers.

Just as eight of the flotilla’s ships were readying to set sail, the Israeli Law Center published ads portraying the US ship the “Audacity of Hope” as being unseaworthy and warning American passengers that they may be in violation of US criminal law. Moreover, the center informed the Greek government that if it allowed the flotilla to sail from its shores it could be prosecuted as having aided and abetted terrorist activity.

Similarly, the Israeli authorities warned journalists traveling on the flotilla that they would be banned from entering Israel for 10 years. In response to the ensuing outrage over this breach of press freedom, the decision was rescinded the next day. It’s probable that Israeli attempts to stop the flotilla went beyond arm-twisting and propaganda. Irish and Swedish vessels were sabotaged while docked say the organizers of the Freedom Flotilla II.

Then, without warning, the Greek government joined the conspiracy by refusing permission for eight of the flotilla’s ships in its ports from setting sail to Gaza in accordance with an appeal from the UN urging Mediterranean member states “to use their influence to discourage” the mission. When the “Audacity of Hope” made a break it was turned back by members of the Greek Coast Guard armed with machine guns; in protest its passengers that include former CIA operative Ray McGovern and Code Pink co-founder Medea Benjamin, have embarked on an open-ended hunger strike.

Moreover, Greece has barred the ships from proceeding to an unnamed Mediterranean port that will permit the sailing to Gaza, a move that may be illegal. Athens, in complicity with Tel Aviv, has offered to transfer the flotilla’s humanitarian aid which has been refused because the journey was less about aid and more about the most important human right of all — freedom.

Clause Leostic from France Palestine Solidarite told the EU Observer that Greek authorities had admitted they were under heavy pressure and had been warned by the Israelis that Tel Aviv would deter European countries from aiding cash-strapped Greece.

The US Secretary of State Hillary Clinton has condemned the flotilla’s participants as unhelpful and provocative. The EU, the UN and the Middle East Quartet (the US, the EU, the UN and Russia) have all issued statements condemning Freedom Flotilla II.

They should all be thoroughly ashamed of themselves for backing a chronic international law-breaker against decent, compassionate folk who can’t bear to stand back watching the residents of Gaza — 50 percent of which are under-18 — being made to suffer through no fault of their own. Those cowardly countries and organizations are not fit to be called honest brokers in the Israeli-Palestinian peace process; their stance is nothing short of immoral. It’s evident that Western leaders are little more than skivvies on a ship called “Netanyahu” who grab their buckets each time the portly captain shouts, ”Get scrubbing the deck ye varmints!”

— The author can be contacted at [email protected]

Home » Ganging Up Against The Warriors Of Right – OpEd