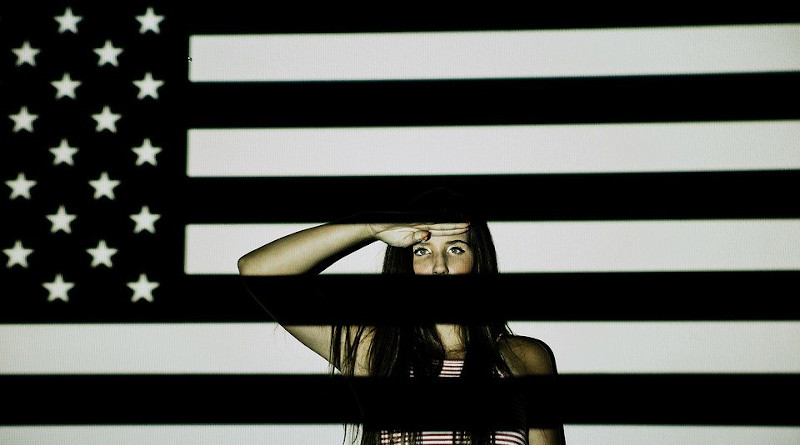 The USA is a country where people from all over the world have migrated over the years and have become US citizens. Therefore, it is inevitable that citizens of the USA have different colors like white, brown, black and yellow, which should be a matter of pride for the USA and not a subject of conflict.

All said and done, the USA is one of the most tolerant countries in the world, where people of multiple color mingle with each other and readily accept one another. While there may be some “white supremacists” or “black extremists” in the USA, they are minuscule in number and a very large section of the US population do not approve of them. Such people get publicity mainly due to the media, which always seems to relish in highlighting the negatives rather than the positives.

The very fact that people from different races from all over the world are eager to go to the USA as migrants and eager to become US citizens is not only due to the fact that US is a rich country offering lot of opportunities and enormous freedom to individuals but also due to the fact that USA is a very tolerant country, where people belonging to different religions have their own places of worship and live cherishing their values.

In such circumstances, it is unfortunate that the race and color of US citizens appears to have become the central theme in the US Presidential campaign, for both the parties.

The Vice Presidential nominee Kamala Harris of the Democratic party has highlighted her racial background, by speaking about her Indian mother and Jamaican father and similarly, an important lady speaker of Republican party, spoke eloquently about the fact that her mother was wearing a saree and her father wore a turban.

In a Presidential election campaign, why should the principal women speakers of both the parties place such stress on their lineage?

One cannot but notice that there has been a spurt in violence before the current Presidential election, with the so-called black-white conflict becoming the most popular topic for discussions in the media and among politicians. Certainly, no responsible and discerning US citizen can appreciate this trend.

What is even more unfortunate is the mischievous propaganda that President Trump favors the whites over blacks, for which there is no evidence. He has repeatedly said that in all such cases of conflicts, one should note that there are very fine people amongst the blacks as well as the whites. Why is this statement of President Trump not being given the importance that it is due in this feverish election campaign?

Again, when President Trump declared his America First Policy, it was interpreted as an anti-migrant approach and of a chauvinistic attitude. The fact is that there are a considerable number of migrants in the USA who are unaccounted for and are illegal migrants. In such circumstances, check and control on the entry of migrants in the USA is necessary and appropriate. It is necessary that any US President should be concerned about this situation.

With joblessness a serious issue in the USA, President Trump has been stating that the jobs should preferably go to US citizens and not to people from other parts of the world, who seek visas to enter the USA to take jobs. This need not be interpreted as an anti-migrant policy.  On the other hand, it should be deemed to be a pro-American policy.

The ground reality seems to be that the US Presidential election campaign is losing its sense of direction, with “racism” becoming a point of focus rather than economic and foreign policy.

The politicians in USA belonging to the Republican and Democratic parties obviously seem to be short-sighted and are doing great harm to the largely harmonious relations prevailing between US citizens that has been there for so many decades. For the sake of winning the Presidential election and scoring points over each other, politicians are whipping up passion and both the parties are focusing on the so-called racial conflicts. This is a dangerous trend that could harm the long-term social stability of the USA.

It would be a good and patriotic gesture, if the leaders of the Democratic and Republican parties come to an agreement to adopt a more moderate focus when addressing racial issues in the ongoing US election campaign.