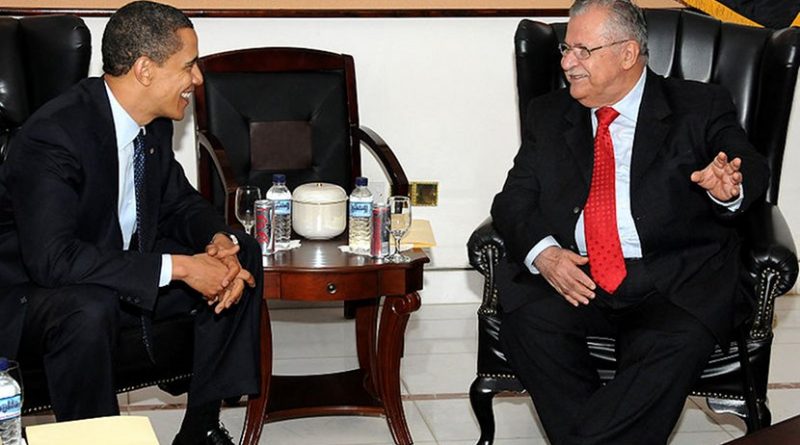 Iraq’s former president Jalal Talabani died on Tuesday at the age of 83 after a long illness.

An ethnic Kurd, Talabani was Iraq’s first non-Arab president. He held this position between 2005 and 2014, as well as the President of the Governing Council of Iraq.

Talabani was one of the founding fathers of the Patriotic Union of Kurdistan (PUK), one of the two leading associations of Iraqi Kurds.

The Russian Foreign Ministry in a press statement, said that, “In the new Iraq led by Talabani, the legitimate interests of all ethnic and religious groups, including Kurds, were respected. Jalal Talabani was a true patriot of his nation who consistently advocated federalism, unity and territorial integrity, as well as the implementation of the Kurds’ rights in a broad autonomy. This civil position plays a key role at this moment in light of the current developments concerning Iraqi Kurdistan.”

“Jalal Talabani was always sympathetic towards Russia and called for strengthening the traditionally friendly relations between Iraq and Russia. His contribution to the restoration of Russian-Iraqi relations as well as to their consistent improvement in the new period of Iraqi history is worthy of high praise.”