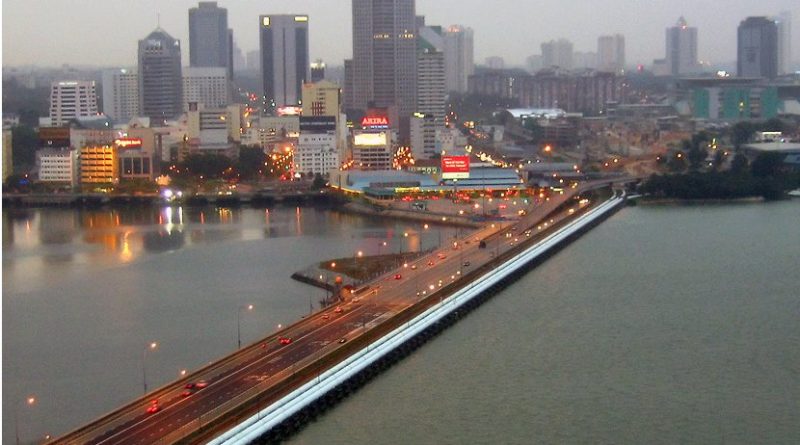 The Singapore-Johor causeway, spanning across the Johor Straits. It is one of two bridges which connect Singapore to Malaysia and Continental Asia. Photo Credit: Calvin Teo, Wikipedia Commons.

With a worldwide increase in violence – sometimes attributed to online hate speech and religious hostility – Singapore has taken a unique direction in efforts to protect its multi-religious society.

Proposed changes have been made to Singapore’s Maintenance of Religious Harmony Act (MRHA) to address new threats to religious harmony and enable swifter action against offenders.

Punishment under the law alone cannot safeguard religious harmony. While traditional measures like censorship – the immediate removal of inflammatory online posts – can minimise content that threatens to sow disharmony, the updated MRHA goes beyond the simple solutions that constitute most laws designed to tackle this issue.

A new Community Remedial Initiative (CRI) has been introduced with the aim of offering offenders a chance to voluntarily reconcile their differences with the offended religion. With the inclusion of the CRI in the MRHA, the government hopes to promote religious harmony through reconciliation. This can also serve to promote a better understanding of negatively perceived groups among the offenders.

Under the CRI, an offender undertakes reconciliatory actions such as issuing private or public apologies, as well as participating in activities related to the offended religion. This process aims to restore religious peace while avoiding prosecution, animosity, and retaliation.

Reconciliation is a great strategy for this, as it addresses a fundamental cause of religious disharmony – hate.

Public apologies are a form of reconciliation that can defuse inter-religious tensions that arise as a result of hate speech.

There is evidence that perpetrators are also influenced by a biased perception of the religious groups that they think pose a threat to them. Education paired with legislation is being utilised to combat this.

When both parties come together in the CRI process, the offender is given the opportunity to reflect why hating another religion is unfair. This enables them to better understand and educate themselves on the religion and can reduce their negative emotions toward it.

It can also prevent ignorance, misinformation, fear, and anger from becoming irrationality and even hate. This encourages the offender to build trust with other members of their community.

This policy has been crafted to deal with another problem too – foreign influence. Singapore may use this policy to protect its domestic politics, especially its secularism.

Singapore’s model of secularism has enabled the country to avoid problems of political polarisation and religious conflict. Because of this, religious groups in Singapore do not seek to control domestic politics and can instead focus on spiritual and socio-economic betterment of their communities.

Foreign influence, however, could threaten Singapore’s secularism by capitalising on the transnational bonds of religious groups as a channel to push their agendas.

These transnational bonds have material form, typically in the form of foreign donations, affiliations with foreign religious groups or establishments, and foreign preachers acting on the behalf of states or non-state actors.

Religious groups are vulnerable proxies that foreign actors use to interfere in domestic politics. For example, the Ukrainian Orthodox Church severed bonds with the Russian Orthodox Church to avoid becoming a proxy for Kremlin’s influence amid the ongoing Russia-Ukraine conflict.

In Germany too, there are concerns that Turkey’s strategy of ‘mosque diplomacy’ is turning certain mosques into proxies for espionage, undermining the social integration of Turkish immigrants.

Foreign agendas may promote one religion over another, leading to a loss of rights for other religious communities or social discrimination. Further, they are incompatible with secularism and could interfere with Singapore’s political and judicial systems.

The impact of this would be the widening of religious fault-lines. This could lead to a decline in social cohesion and the outbreak of religious conflicts. Safeguarding secularism is necessary to counter foreign influence, and it prevents the exploitation of local religious groups in the process.

The proposed changes to the MRHA Act aim to preserve religious peace in Singapore in a time when extremist politics, radicalization, hate speech, and Islamophobia are rising and causing conflict.

It is important to note that MRHA has never been invoked, and there are concerns as to whether the revisions are necessary, along with a fear that this may involve a constriction of religious freedom.

The scarcity of religiously motivated violence and politics of hate in Singapore may demonstrate the deterrent value of the law in protecting a common space for various religions to co-exist peacefully, but it does mean the MHRA remains largely untested.

Intolerance of all forms has to be carefully addressed to effectively counter religious hostility. This is crucial to preventing violence that dangerously undermines state security and social cohesion. These policies are a good example of sensible action to counter religious and racial tensions, and Singapore’s experience demonstrates the importance of reconciliation in combating these issues.

Source: This article was published at Asia & The Pacific Policy Society