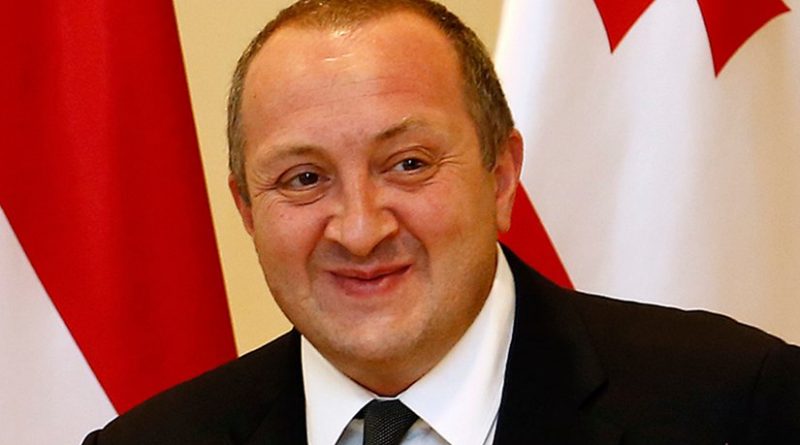 (Civil.Ge) — Georgia’s President Giorgi Margvelashvili said that his predecessor Mikheil Saakashvili “insulted” the Georgian presidency and the country when he chose to loss Georgian citizenship by obtaining the Ukrainian one.

President Margvelashvili signed a decree on December 4 terminating Georgian citizenship of Saakashvili, who was granted Ukrainian citizenship in May, 2015, when President Petro Poroshenko appointed him as governor of Odessa region.

According to Georgian legislation, a Georgian national loses Georgian citizenship after acquiring citizenship of a foreign country.

Asked about the decision, President Margvelashvili told journalists after a session of the National Security Council late on December 4 that his decree stripping Saakashvili of the Georgian citizenship was a formality and “the only legal procedure” envisaged in such situations when a person obtained citizenship of a foreign country.

“Today Mikheil Saakashvili was stripped of his Georgian citizenship. From the legal point of view this is the only procedure and process envisaged by the law,” President Margvelashvili said.

“From the political point of view, the fact that Saakashvili said no to the Georgian citizenship deserves to be assessed toughly – by doing so Georgia’s former president has actually insulted the presidency, as well as our country,” the Georgian President added.

Saakashvili said in an interview with RFE/RL Ukrainian service that Georgian president’s decree stripping him of the Georgian citizenship is “not just a legal act, it’s a political act of scared and failed authorities, which do not serve national interests.”

“The fact that it is a political decision can be determined by several reasons,” Saakashvili said. “First, there is a two-year interim period envisaged by the Ukrainian laws for revoking previous country’s citizenship. The Georgian government was well aware of it. Here are many our [Georgian] citizens working [in Ukraine] at different official posts, who also obtained Ukrainian citizenship… However, there is no such decision [on revoking citizenship] in respect of them.”

He also said that the Georgian authorities “are very afraid of me” and trying to bar him from running in next year’s parliamentary elections. “Although I have never said I wanted to take part in these elections,” Saakashvili added.

Saakashvili, who is wanted on multiple criminal charges in Georgia which he denies as politically motivated, is a chairman of formerly ruling and now opposition party in Georgia, United National Movement (UNM). Georgia’s law on political parties says that only a Georgian citizen has the right “to establish and participate in activities of a political party.”

In separate remarks in a Georgian-language video address posted on his Facebook page, Saakashvili said that President Margvelashvili “will remain in Georgia’s history, if at all, only with this legal act”.

“They can take my passport, but no one can revoke me of being Georgian and no one will make me lose infinite love for Georgia. We will definitely return and we will definitely win together.”