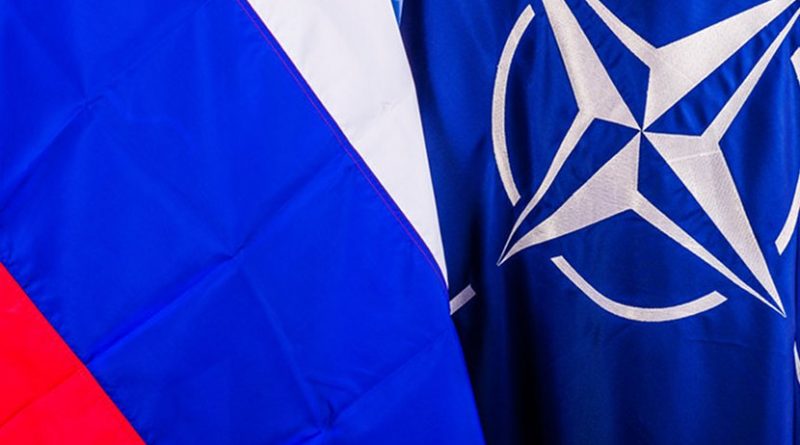 This week, foreign ministers from NATO’s 30 member nations gathered for a virtual meeting during which they were presented with a lengthy report on the future of the alliance.

Researched and written over the course of the past year by a team of 10 external experts from different NATO countries, it offered a number of recommendations for the organization to consider.

The motivation for the report came, in part, from French President Emmanuel Macron describing NATO as “brain dead” last year. Soon after, Secretary-General Jens Stoltenberg announced that the organization would undergo a “period of reflection,” during which it would start to chart a path for the future.

This reflective phase was sorely needed. The last time the alliance conducted a comprehensive review was in 2010 — clearly the world has changed a lot since then.

Debate about the future of NATO is nothing new. It was founded in 1949 as a mechanism to prevent the expansion of the Soviet Union into western Europe. Since the collapse of the USSR and the end of the Cold War in the early 1990s, therefore, there has been much discussion about the organization’s relevancy.

Now the mainstream debate has shifted from whether NATO is still relevant to discussions about what it should be doing. Some argue that although the Soviet Union is gone, Russia remains the biggest threat, and that collective and territorial defense remains its core task. Others suggest that NATO must re-tool to become a counterterrorism force and focus on emerging challenges such as the rise of China.

While the report published this week highlighted the continued threat posed by Russia to the alliance, most of the focus was on dealing with new and emerging threats — and the two issues that really stand out are terrorism and China. Sadly, the focus on these issues is likely to disappoint many. This is because NATO was neither founded nor designed to confront such threats.

Take China for example. Among other things, the report states that “NATO should enhance its ability to coordinate strategy and safeguard allies’ security vis-a-vis China.” A sizable section of the report is devoted to the country, and the word “China” appears no fewer than 62 times throughout the document.

However, it fails to acknowledge NATO’s limitations when it comes to confronting non-military threats originating from China. Some of the biggest challenges it poses to member states involve questionable investments in critical infrastructure, disinformation campaigns, and encroachments in the technology sector using Huawei’s 5G networks.

As an intergovernmental security alliance lacking any legislative powers, NATO should not pretend to lead on an issue for which it lacks the necessary policy competencies. While the organization should be aware of the challenges posed by China, only national capitals, and on occasion the EU, have the political and economic tools that can address the non-military threats from Beijing.

Counterterrorism is another issue that received a lot of attention in the report but which NATO is not fully equipped to address. The authors state: “NATO should more explicitly integrate the fight against terrorism into (its) core tasks” — but again there is no mention of the limitations that exist.

The organization can be one tool in the box to help confront terrorism but it cannot itself be the entire toolbox. Sometimes a military operation is needed to confront terrorists but most of the time it is not. More often than not, non-military means are the most effective tools in the fight against terrorism.

This is where NATO is lacking. It does not possess any legislative powers to confront terrorism, nor does it have the ability to implement sanctions and block terrorist funding. It also lacks many other capabilities required to fight terrorism, such as policy competency over law enforcement, and border and immigration controls.

Many in North America and Europe are concerned about the terrorist threat, and reasonably so. While NATO needs to be aware of this concern, as an alliance it must also be realistic about its ability to conduct counterterrorism operations. Since the organization lacks many of the key policy competencies to fight terrorism, the responsibly to do remains with individual member states.

The report also addresses a number of other issues, ranging from climate change to the role of women in security.

When it is all said and done, the organization really needs to refocus on its raison d’etre, which is collective defense. It does not have to be present everywhere in the world, trying to do everything and solve every problem that exists — but it does have to be able to defend the territory of member states. Right now, there is only one major threat that NATO is fully equipped to handle — and that is Russia. The alliance must get back to basics and focus on its eastern flank, where the threat from Moscow remains the top challenge.

Make no mistake, individual member states should be concerned about issues such as terrorism and China, but NATO as an institution should not try to take the lead on these.

As long as Russia remains on the march in Central and Eastern Europe, as it has been in places such as Georgia and the Ukraine, it will remain the primary military threat to NATO. As the organization’s secretary-general considers the recommendations in the report, he must not forget this important fact.

One thought on “NATO Needs To Remain Focused On Russia – OpEd”