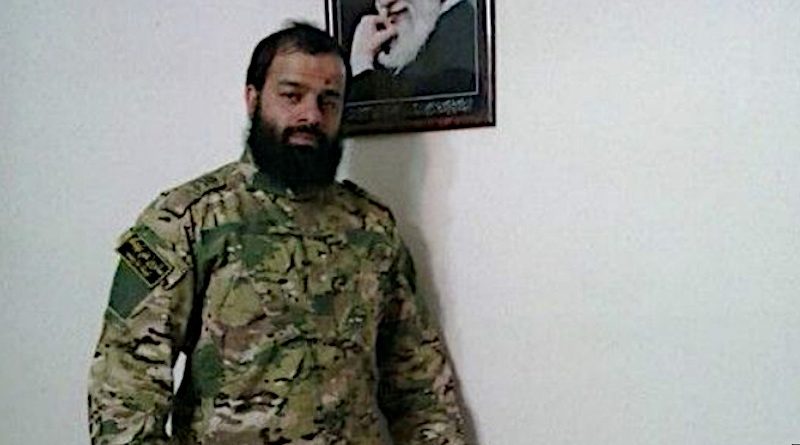 On December 27, 2020, Iran announced the appointment of Hassan Kordmihan, a gang leader of the Basij militia and organizer of the night raid on the Saudi embassy in 2016, as the cultural director of the Judo Federation. This news aroused the loathing of the international community. After World War II, the world witnessed infamous political figures being brought to justice to answer for their criminal acts, but the horrible record of 41 years of dictatorship in Iran shows the opposite to be true there.

Hassan Kordmihan, is a militant cleric and the main organizer of the night raid on the Saudi embassy in Iran on January 2, 2016, when the perpetrators climbed over embassy walls, destroyed property and documents, and beat embassy staff. He was present at the scene and coordinated and controlled a gang of raiding Basijis. On CB radio he told them, “We want documents. Bring as many documents as you can, I will pay anyone who brings documents to me.” He created a diplomatic crisis. Many Arab countries recalled their ambassadors from Tehran. The UN Security Council in a statement condemned the attack. However, on December 27, 2020, he was appointed the cultural director of the Judo Federation. He is a close friend of Ghalibaf (Qalibaf), the head of the legislature

Hassan Kordmihan also took part in the war in Syria and is said to have gone to Syria after the raid on the Saudi embassy where he became involved in organizing cultural and jihadi groups with Hussein Hamedani and Qassem Soleimani.

In the mullahs’ system, the appointment of criminals who have passed their test of loyalty to the supreme leader by massacring, torturing, and killing freedom fighters is nothing new, with a long list of senior government officials, including Ebrahim Raisi, a member of the death committee of the 1988 massacre, and Ghalibaf, the speaker of parliament, who was said to be proud of wielding clubs to suppress the students.  However, appointing Kordmihan, a “fire at will” Basij,  an official who imposed a heavy political cost on the regime by attacking the Saudi embassy, indicates a change in the arrangement of Khamenei’s gang, the kick start of his plan for sham election, the formation of “Hezbollahi government”, and his policy of contraction, meaning repression at home and export of terrorism and crisis abroad.

Now, to the astonishment of the international community, criminal agents, terrorists, thieves and looters in the Islamic Republic of Iran in recent decades have not only not been tried and held accountable but have also been promoted!

A few other examples:

●      Ebrahim Raisi, a member of the death committee of the 1988 massacre of political prisoners. He said, “cutting off the hand is one of our great honors”. He soon became very close to the core of power and the apparatus of repression in the religious dictatorship system. He was appointed as the head of the Judiciary by Khamenei in February 2019.

●      Mohammad Bagher Qalibaf is one of the most corrupt figures in Iran, whose name is most closely associated with major cases of corruption. For some time, he was the head and the representative of Mohammad Khatami in the headquarters for combating the smuggling of goods and foreign currency then was appointed mayor of Tehran and later became the head of the legislature.

●      Ali Fallahian oversaw the Ministry of Intelligence of the Islamic Republic of Iran for 8 years. One of the highlights of his ministry was the serial killing of political figures in Iran, plus assassinations at the Mykonos restaurant in Berlin, as well as the bombing of a Jewish aid center in Amia, which eventually led to his international arrest warrant, but he now lives in a villa in complete safety.