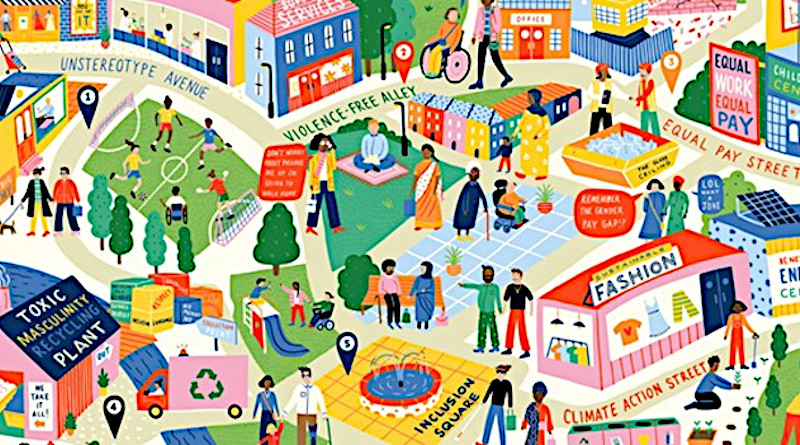 While a new UN Women report warns that progress towards gender equality is faltering and hard-won advances are being reversed, the 64th session of the UN Commission on the Status of Women (CSW) has fallen prey to concerns regarding coronavirus disease (COVID-19).

CSW is the principal global intergovernmental body exclusively dedicated to the promotion of gender equality and the empowerment of women. A functional commission of the Economic and Social Council (ECOSOC), it was established by ECOSOC resolution 11(II) of 21 June 1946.

The organizing committee of the CSW 2020, a major UN conference scheduled to take place in March, has decided to cut the event down to a one-day meeting, citing current concerns surrounding the spread of the COVID-19 coronavirus.

The move came following a recommendation from UN Secretary-General António Guterres to Member States, on February 29, to amend the format of the 64th session of the conference, which was originally due to last March 9 to March 20, and would have welcomed representatives of Member States, UN entities and non-governmental organizations from around the world.

On March 2, the Commission decided to limit the event to a procedural meeting on March 9, including opening statements – from the chairperson, Mher Margaryan, Mr. Guterres, the President of the General Assembly and several other high-level UN officials – followed by the adoption of a political declaration, and action on any other draft resolutions.

The event will then be suspended until further notice: no general debate will take place, and the planned side events will be cancelled. Member States will be represented by their New York-based Permanent Missions to the UN.

In a letter sent to all UN ambassadors on Monday, Ms. Margaryan reiterated the Secretary-General’s strong recommendation that delegations and other stakeholders should refrain from travelling to UN Headquarters in New York.

Regarding a potential resumption of the Commission later in the year, the Secretary-General’s spokesperson, Stéphane Dujarric, briefed reporters on March 3 that this would be a decision made by Member States and, if they agree on rescheduling the event, the UN will do its best to accommodate the request.

The report flags the lack of effective action to boost women’s representation at the tables of power and warns that the vision of the Beijing Platform for Action, which remains the most comprehensive agenda for gender equality ever agreed, will never be realized if the most excluded women and girls are not acknowledged and prioritized.

Aligned with 2020 theme, “I am Generation Equality: Realizing Women’s Rights”, the report call for action to achieve gender equality and justice for this generation, 25 years after the Beijing Platform for Action.

The report shows that, despite some progress, no country has achieved gender equality. “Equality isn’t just one quarter of the seats at the tables of power. But that’s the current reality of women’s representation, across the board,” UN Women’s Executive Director Phumzile Mlambo-Ngcuka said.

Men are 75 per cent of parliamentarians, hold 73 per cent of managerial positions, are 70 per cent of climate negotiators and almost all of the peacemakers, Mlambo-Ngcuka added. “This is not an inclusive and equal world and we need to take action now to create one that does not discriminate against women. Only half is an equal share and only equal is enough.”

The report also proves that, despite unprecedented global challenges, positive change is possible, as shown by the success of women’s collective action to obtain accountability for crimes against them and the flourishing of feminist movements across the world.

The report showcases successful initiatives in scaling up public services to meet women’s rights, from increasing access to contraception and childcare, to reducing domestic violence and increasing women’s participation in politics and peacebuilding.

The report is based on the UN Secretary-General’s Report, which is the most comprehensive and participatory stock-taking exercise on women’s rights ever undertaken, with contributions from 170 Member States.

The report reveals that there have been advances in women’s and girls’ rights since the adoption of the Beijing Platform for Action. There are now more girls in school than ever before, fewer women are dying in childbirth and the proportion of women in parliaments has doubled across the world. Over the past decade, 131 countries have passed laws to support women’s equality.

But progress has been far too slow and uneven:

Against this backdrop, the UN Women Executive Director said: “2020 presents an unprecedented opportunity to turn things around for current and future generations of women and girls. To accelerate progress during the UN Decade of Action, UN Women has initiated six Action Coalitions that will mobilize governments, civil society, UN agencies, and the private sector to deliver game-changing results to advance equality for women and girls.”

To catalyze systemic and lasting change the report points to the need to vastly increase financing for gender equality, to harness the potential of technology and innovation and ensure that development is inclusive of women and girls who face multiple forms of discrimination.