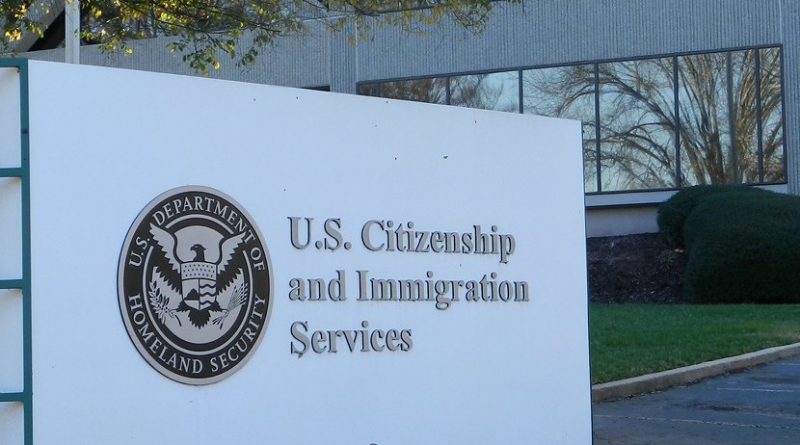 Ever since the early days of Donald Trump’s campaign, his immigration policy has been centered around spending big bucks on immigration enforcement. From his famous border wall to stepped-up federal deportation operations, few would describe Trump’s policies as laissez-faire, and most involve increasing the size and scope of government.

But, there are other ways of addressing concerns around immigration, however, and they don’t all require spending taxpayer money.

Here are four ways to improve immigration policy that don’t make government any bigger or more intrusive in our lives:

One of the oddest and most counter-productive positions often taken by anti-immigration activists is opposition to free trade.

What these economic nationalists fail to realize is that free trade, which increases prosperity for all countries involved, helps to reduce the incentive for migration in the first place.

But there are sociological benefits to free trade as well. By engaging in trade, persons and communities can gain access to the capital, products, and services offered by others in other nations. In the context of US-Mexico relations, for example, this means that Mexican workers and consumers can benefit from Americans capital and entrepreneurial know-how without having to uproot their lives, move far away from family, and learn a new culture.

Unfortunately, many opponents of immigration don’t understand how trade works, and think it’s a zero-sum game in which one side gains at the expense of the other. Even worse, when opponents of immigration and trade succeed in their efforts to punish and prohibit trade, they succeed only in impoverishing all parties involved, while also creating the impetus for even greater flows of migration in the future.

Last week, The Washington Post reported the Trump administration was planning changes to immigration policies which would penalize immigrants that receive government-funded benefits:

Current rules penalize immigrants who receive cash welfare payments, considering them a “public charge.” But the proposed changes from the Department of Homeland Security would widen the government’s definition of benefits to include the widely used Earned Income Tax Credit as well as health insurance subsidies and other “non-cash public benefits.”

Given that a sizable portion of taxpayer-funded benefits come in the form of non-cash benefits in the United States, this is a significant change. It’s also important to note that this is for legal immigrants, and not for illegal immigrants who are already technically barred from receiving most benefits.

For legal immigrants collecting both cash and non-cash benefits, the proposed changes means welfare recipients will have a harder time maintaining legal residency in the US.

Advocates for more immigration often point out that the proportion of immigrants that receive government benefits is not higher than the native-born population. That’s fair enough, but why subsidize immigrants at all?

The Trump policy could be improved, though, by providing a way for immigrants to simply opt out of all government welfare programs. Moreover, any potential migrant who does agree to renounce all government benefits should be fast tracked to legal residency. Similarly, private families, firms, and non-profits groups need the flexibility to “sponsor” immigrants, and to guarantee that the immigrants in question will not collect government benefits.

One problematic aspect of the immigration debate is that it is often assumed that legal residents must also become citizens quickly.

This is a bad assumption, and it does not follow that, just because a person lives in a country, that he or she must also be granted citizenship in that country. After all, citizenship is not a “right” in the way private property is, but is a type of administrative status that allows a person to more greatly influence the political system. Citizens, of course, can legally vote.

Lessening this connection between residency and citizenship would also lessen political pressure to use the power of the state to further curtail migration of workers. After all, much of the fear behind mass-migration situations — both in the US and elsewhere — stems from the fact that native-born residents realize it is exceptionally easy in many cases for new residents of the obtain citizenship — and thus voting rights. For most legal immigrants in the US, for example, five years of residency is all that is required. In some cases, such as for immigrants married to citizens, only three years of residency is required.

Rather than seeking to expand citizenship, states ought to look to expand private property rights for migrants so that citizenship becomes largely irrelevant. Besides, a migrant who is secure in his employment and possessions has much less motivation to participate in the political process. As Ludwig von Mises noted in his own commentary on immigration, the more laissez-faire a political system is, the less relevant politics becomes to our daily lives.

Four: Recognize that Government Enforcement Is a Mess

When it comes to enforcing immigration laws and regulations, the US government acts with all the precision and competence it does in veterans’ health care and mail delivery.

The end result is the destruction of capital and a disincentive for employers to hire anyone. As Rockwell notes, this only encourages more criminality:

If mainstream employers are afraid of lifetime jail terms, they will not hire. And that leaves only marginal employers to pick up the slack. These include drug operations, fly-by-night underground businesses, gray markets, prostitution rings, and other things from the seedier side of life.

Or the result could be no employment at all, which means turning to crime itself. In other words, these efforts attempt to stop the best part of immigration and enhance the worst. For this we can thank the government.

Moreover, the immigration quotas set by federal policymakers are purely arbitrary numbers pulled out of the air. Federal planners have no idea what the correct number of immigrants is, or what kind of immigrants are best suited for the work force. Only private employers and entrepreneurs can know this.

Even worse are current efforts to implement “E-Verify” as an anti-immigration measure. As a sort of governmental “permission to live” database, E-Verify can be used to deny private-sector employment and housing to persons who don’t receive the proper government “OK” for private contracts and transactions. Needless to say, the potential for abuse is alarming.

Increasing Federal power to centrally plan the activities of workers, employers, and others will bring with them all the downsides we’ve come to expect from government regulation.

Ultimately, a good question to ask ourselves is whether or not a proposed immigration-related policy increases the power of the state, or shrinks it.

All too often, the assumed “answers” lie in more government spending, more government agents, more laws, more rules, and more regulation. In fact, there are numerous options that can be implemented in the process of lessening the power of the state. And that is a good thing in itself.