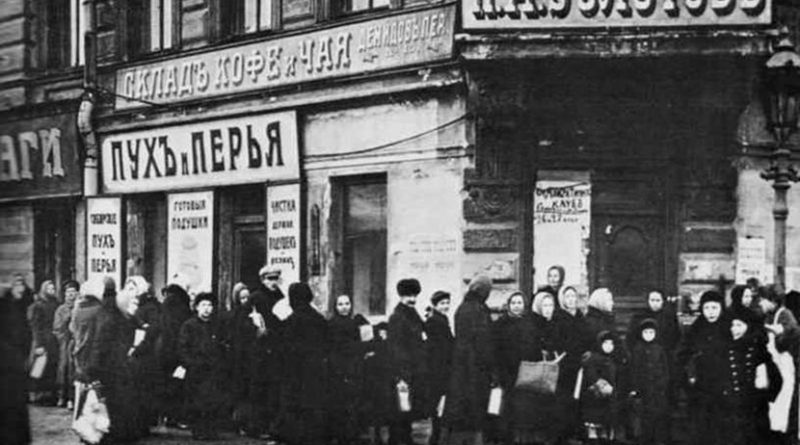 Marx always insisted that he derived his system from a careful study of history. Marxists are fond of insisting that they think “concretely,” which means they always stick to the facts. That this is not really the case may be shown by an illustration.

Let us suppose that a student of Marxism grasps the truth that the concept of the classless society, the earthly paradise, is not only the capstone of Marxist theory but is also the capstone of Marxist propaganda. It is this vision which distinguishes Marxism from other forms of violent social criticism, like, say, anarchism, which has never been a serious contender for men’s allegiance. Sensing, then, that Marxism draws much of its propa­ganda appeal, both consciously and unconsciously, from the concept of a perfect society, the critic begins to examine that idea in some detail.

He finds, first of all, as we have noted, that the Marxist is very vague about the whole notion of the classless society. Marx hardly discussed it systematically. Lenin generalized about it, and Stalin was much too busy explaining its delayed arrival to wish to theorize concerning it. If the critic presses the matter, and asks for more detail, he learns that the Communist draws no blueprints of the classless society now. Why? Well, basically because he cannot. Why not? Because it is impossible to do so in current language and thought-forms. Once more, why not? Because the very concepts and language which men now employ are fashioned by the environment of class struggle out of which they, like all spiritual forms, arise. Our very habits of thought are conditioned by class struggle. This is true because, Marx taught, matter always controls the forms of logic, psychology, and language. This is simply materialism.

Therefore the language, logic, and thought-forms of history as we live it cannot apply to the new society, where there will be no struggle. Thought-forms on this side of the revolution do not apply to life on the other side. History has in this sense no claim on the classless society—the same history, of course, from which Marx claimed to draw his certainty that the classless so­ciety would be achieved.

Suppose, in the second place, that the critic insists that there must be something to be learned about the classless society on this side of the revolution, and points out that the Marxist him­self does, after all, talk and think about it. And suppose that the critic proceeds to argue that communist experiments have been tried and found wanting, and communal enterprises have often failed; he then tries to apply the causes of these failures, as he understands them, to the idea of the classless society. What then?

Or, finally, the critic draws one last arrow from his quiver. He seeks to project conclusions drawn from the nature of man himself into the new society. If man is like this, then in the classless society he must react like that, and so on. Briskly the Communist reminds him that the only “man” history knows is the victim of class struggle, whether he be of the proletariat or of the bourgeoisie. This kind of man will not exist in the class­less society. Therefore any inference drawn from the one kind of man will not necessarily, or even probably, apply to the other. In judging the classless society, the Marxist accepts no responsi­bility to what history or introspection teach concerning the nature of mankind.

In summary, the Marxist denies that any aspect of history as we now know it can be used as a standard of judgment in the discussion of the classless society. This places him in an enviable argumentative position, or, rather, this removes the concept of the classless society out of the realm of argument altogether. The idea of the classless society becomes amorphous enough to be all things to all Marxists, and nothing to all critics. Between it and history there is, in reality, no logical passage at all. On this subject the Communist and the anti-Communist volley their charges over a bottomless gulf—the chasm which divides history from post-history.

This chasm between the dispensations is important. It repre­sents for Marxism (though no Marxist puts it so) that hill which in Pilgrim’s Progress is where the great burden of historical evil drops away. This infinite gulf between history and the classless society is for Marxism the unintentional recognition that man must pass through the infinite, in some sense, before he can enter “heaven.” The complete break which Marxist theory makes be­tween history and the new society means, in fact, that man as he is will never get into the new world unaided.

It is quite inconceivable how a Marxist who lived before and through the revolution could enter the classless society. How could he, in reality, put on the “new man” in lieu of the man who had been formed by all the tensions of class struggle? And if he brought into the new society any of the vestiges of the old, they could become germs from which evil might once more develop.

It is provocative how closely the Marxist position parallels Christian doctrine. It is Christian teaching that nothing of his­tory shall enter unchanged into heaven. It is Marxist doctrine that nothing of history pertains to the classless society. But in Christianity the “new man” of heaven will be the “old man” reborn. The continuity is not broken. This rebirth, however, is not the work of the man, but the work of God.

Marxism, based as it is on philosophical materialism, has no concept of rebirth. At some point in history, the same persons who make the revolution, who staff and support the dictatorship of the proletariat, are supposed to enter the classless society. The fact that that process is presumed to be gradual obscures but does not lessen the tension which holds between things of “this” history and things of “that” post-history. The Marxist who makes that fateful crossing from history into post-history would leave his very self behind, for that self has been nurtured on the thought, the logic, the passions, the struggles, and the material realities of history. Without these, what kind of self, on Marxist grounds, remains? . . .

To escape historical evil the selves which now live and act in history would have to be destroyed. So long as the self of man is not regarded as sui generis, that is, a particular after its own kind, but rather as derivative from the material substratum which forms it, that self must disappear if the material undergoes radical change. This means that the men who conduct the revolution, who staff and support the dictatorship of the proletariat, could not enter the promised land. Nor could their children, born in the context of struggle. The gulf between history and post-history is fixed, and affords no crossing. This is instructive. It means simply that man cannot save himself.

This article is an excerpt from Communism & Christian Faith, with a new introduction by Pavel Hanes (Grand Rapids, MI: Christian’s Library Press, 2018), 67–71.

About the author:
Lester DeKoster (1915–2009) became director of the library at Calvin College and Seminary, affiliated with the Christian Reformed Church in North America, in 1951. He earned his doctorate from the University of Michigan in 1964, after completing a dissertation on “Living Themes in the Thought of John Calvin: A Bibliographical Study.” During his tenure at the college, DeKoster was influential in expanding the holdings of what would become the H. Henry Meeter Center for Calvin Studies, one of the preeminent collections of Calvinist and Reformed texts in the world. DeKoster also amassed an impressive personal library of some ten thousand books, which includes a wide array of sources testifying to both the breadth and depth of his intellectual vigor. DeKoster was a professor of speech at the college and enjoyed taking up the part of historic Christianity and confessional Reformed theology in debates on doctrinal and social issues that pressed the church throughout the following decades. Both his public debates and private correspondence were marked by a spirit of charity that tempered and directed the needed words of rebuke. After his retirement from Calvin College in 1969, DeKoster labored for a decade as the editor of The Banner, the denominational magazine of the Christian Reformed Church. This position provided him with another platform from which to critically engage the life of the church and the world. During this time DeKoster also launched, in collaboration with Gerard Berghoef (a longtime elder in the church) and their families, the Christian’s Library Press, a publishing endeavor intended to provide timely resources both for the church’s laity and its leadership.