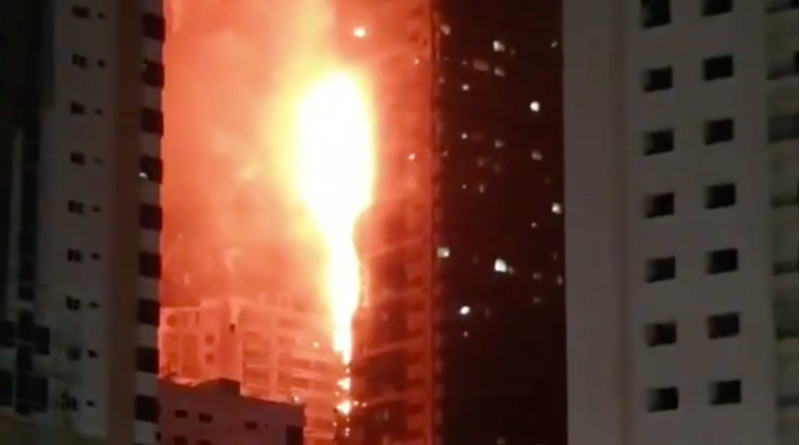 A massive fire raged through a 48-floor building in the emirate of Sharjah, UAE, on Tuesday.

Civil defense teams were alerted shortly after 9 p.m. and rushed to the site, making sure the building had been evacuated.

The emergency teams tackled the blaze and managed to bring it under control.

Videos showed flames engulfing the full height of the building as debris crashed on to cars below.

Residents from at least five buildings nearby were also led to safety, The National reported.

Residents from the Abbco Tower were provided within housing by the Emirates Red Crescent.