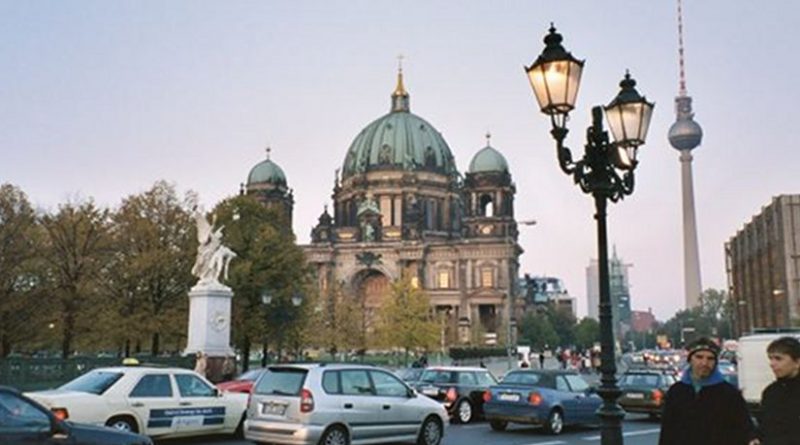 What is Germany’s current role within the EU and in the global economic system? Which game is it playing? These are questions which cannot be answered in an unambiguous and simplistic way, as often happens today.

First and foremost, we shall wonder whether Germany is the cause or the solution of the European political and financial crisis.

Certainly, the current negative economic situation in the EU comes at a time when global financial markets are losing confidence in Greece’s ability to repay its debts.

The contagion of mistrust forces also other peripheral nations, but certainly not Germany, to seek bailouts of their sovereign debt in the framework of the international community, namely the EU itself and the International Monetary Fund (IMF).

It is the time when – as was the case in the Toronto G20 Summit of June 2010 – the absolute priority of fiscal consolidation, and hence of the squeeze on public spending, is set.

However, if we make an in-depth analysis, we realize that financial deregulation and the lowering of interest rates have been the primary causes of the Eurozone crisis.

It was precisely the new availability of funding from banks – as also happened in the United States – to excessively stimulate consumption and generate a series of financial “bubbles”, especially real estate ones, which apparently increased tax revenues and hence public spending. Those bubbles, however, quickly deflated and burst out, thus creating a structural imbalance which today makes the difference between Germany and the EU “peripheral” countries.

It is also worth recalling that the Euro introduction made the intra-European banking exchanges increase by 40%, with a relative increase in real estate and commodity prices.

Too much credit and at low interest rates “doped” both South European consumers and their governments.

Nevertheless, in the current crisis situation, the EU central countries and Germany, in particular, have maintained a greater competitive margin, mainly resulting from the relatively low wage growth.

Hence, also in the recent crisis, Germany could increase its exports to the EU peripheral countries, while its banks lent money to the EU marginal countries for them to buy German goods and services.

Therefore Germany must be seen both as the cause and the solution of the economic depression of the Euro zone peripheral countries.

However is Germany currently suffering from an invisible crisis, as some analysts note?

Even in this case, the issue is more complex than it may seem.

It is worth noting that Germany is the fourth world economy and the G20 third largest exporter. It depends on its export economy as Saudi Arabia depends on oil sales.

Currently German exports account for 45.7% of the country’s GDP. Therefore Germany is forced to face the imbalances and liquidity crisis of the countries buying German goods and services.

However, are the strategies adopted so far by Germany to support and stabilize its growth through exports still sustainable?

This raises some doubts in my mind.

Furthermore, all the traditional exporting countries, such as China, Russia, Saudi Arabia and South Korea, are in crisis.

Hence Germany could press ever more with its exporting model, thus preserving the EU as a free trade area, but fiercely competing with the European peripheral countries, which also live on exports and would see the German economy burn up the land under their feet, as currently already happens in many sectors.

We experienced so also with the 2008 crisis: the recession made the sovereign debt of many EU peripheral countries unmanageable and Germany, as net creditor, has always required public spending cuts and a quick repayment of the loans granted.

However, while Germany holds most of European debt securities, and particularly of the countries under crisis, if the South European economies collapse (and this possibility cannot be still ruled out) Germany will no longer have a sufficiently large market for its exports, because it cannot offset the losses in Europe with the corresponding increase in exports to China, the rest of Asia or the Arab countries – all nations which, at different levels, are recording an economic downturn.

Hence if Germany stimulates the growth of the Euro zone which owes money to it, the debt of the EU peripheral countries will increase. However, if the debt owed to Germany by the countries already in crisis rises, the latter will experience a very severe banking crisis and a possible default on their sovereign debt.

This adds to an unemployment rate which, in various ways, amounts to 20% in Southern Europe – a rate similar to the one recorded during the Great Depression in the United States.

Hence, against this background, the German economy cannot shrink up to making impossible to preserve the German export economy model also in the EU “economic locomotive”.

Furthermore, in this situation, the South European countries in financial crisis could not even replace Germany as to exports.

A productive and financial trap of which it is extremely hard to get out.

Moreover Germany has no interest in changing its development model.

It is the model which has produced all German comparative advantages since the introduction of the single currency.

Today the signs of the German crisis, which Germany will project onto the whole EU, are already evident.

The foreign market share for the “made in Germany” products is falling and the return on investment has declined. Many German companies are lowering prices to preserve their traditional market share.

If Germany shifts from an export economy to a productive system linked to the internal market growth, the German high savings rate, which allowed the companies’ technological upgrading, will no longer be possible.

France, for example, is no longer the first EU market for the goods produced in Germany.

Some German exports to the United States are increasing (19%), but the US market share cannot be a substitute for a long period of time.

Currently also the United States are a low-growth country and the US savings are increasing.

On average, the US economic crisis cycle is approximately seven years – hence we shall expect that, in a year or two, the North American market will tend to shrink again.

Therefore the bubble-boost cycle is now embedded in the US economy.

Incidentally, this should make us rethink – in a new way – about Marx’s theory of the inevitability of capitalist crises.

Furthermore, as already mentioned, the return of capital on investment in Germany is ever lower.

Over the last two years, the large German groups have seen a drop in the profitability of the capital employed from 13% to 3%.

Moreover the prices throughout the Euro zone are declining.

Last January prices decreased by an average 3% and the downward trend of average prices is increasingly evident and stable.

Hence, if Germany were to fall into recession, the German solution will likely be to quickly recover the Southern Euro zone’s debt, even with some discounts, and then fiercely eradicate competition from other EU exporting countries, also with unfair or dangerous business practices.

It is worth recalling that the German exposure to Italian banks amounts to 120 billion euro and our credit institutions have a share of non-performing loans (NPL) exceeding 17%.

In absolute terms, the German exposure to Italian banks alone is worth 3% of its GDP.

Hence how long will the German patience last in a phase of economic crisis?

It is also worth considering that this year the Commerzbank profit has fallen by 52%, while Deutsche Bank has recorded a fall in profit by 58%, with a German banking system which has as many as 41.9 trillion derivatives entered in the budget.

It is worth recalling that if Deutsche Bank collapses, the Euro will follow suit.

Moreover, if Germany “bails out” Deutsche Bank, everybody will note the different treatment reserved for the German credit institutions compared to the Greek banks.

It would be a sort of “anything-goes attitude” inside the Euro and the EU proclamations would turn into all talk and no action, as well as window dressing which serves no purpose.

If the German banks (and not just Deutsche Bank) are bailed out by the government, the German debt/GDP ratio will rise from 71% to 110%.

There would be no more room for preaching on austerity by Germany, which could not but accept the Italian, Spanish, Greek and Portuguese debt “overshooting”.

It is worth noting that Deutsche Bank funds most of German exports – hence, if it collapses, the German economy will soon fall into a severe crisis.

Therefore, the following can be predicted: if Germany falls into recession, the first reaction will probably be to quickly recover credits from the Euro zone and then follow a scorched-earth approach as to exports in the rest of Europe.

On the contrary, if Germany succeeds in “standing fast”, it will have every interest in refinancing the Southern Euro zone for it to buy its goods.

In any case, however, the EU situation is neither good nor stable and, in the future, we shall see to what extent the single currency will hold firm or whether Germany, or even Italy, will try to exit from the Euro in one way or the other.

About the author:
*Professor Giancarlo Elia Valori is an eminent Italian economist and businessman. He holds prestigious academic distinctions and national orders. Mr Valori has lectured on international affairs and economics at the world’s leading universities such as Peking University, the Hebrew University of Jerusalem and the Yeshiva University in New York. He currently chairs “La Centrale Finanziaria Generale Spa”, he is also the honorary president of Huawei Italy, economic adviser to the Chinese giant HNA Group and Khashoggi Holding’s advisor. In 1992 he was appointed Officier de la Légion d’Honneur de la République Francaise, with this motivation: “A man who can see across borders to understand the world” and in 2002 he received the title of “Honorable” of the Académie des Sciences de l’Institut de France.