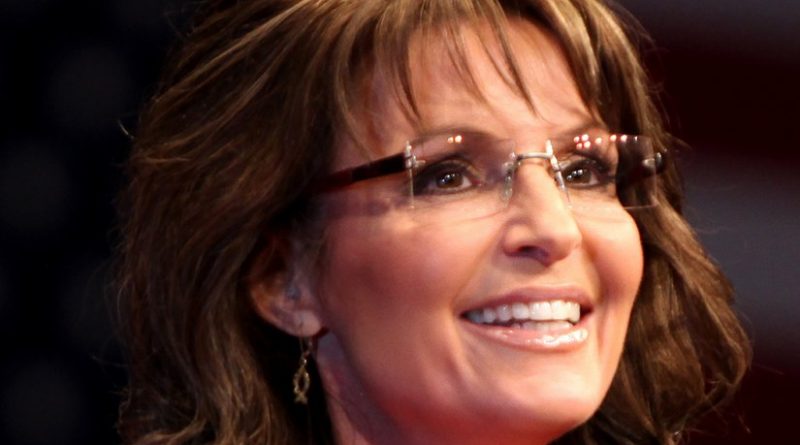 Sarah Palin’s latest “in your face” to the Obama administration in defense of the tea party is guaranteed to infuriate the left and terrify the timid on our side. Sarah said, “If we were real domestic terrorists, shoot, Obama would want to pal around with us, wouldn’t he?”

Wow! I looovvvvve this woman!

Compare Palin’s kahonies to those of Republican presidential candidate, Jon Huntsman. Huntsman encouraged Republicans to surrender to Obama during the debt ceiling battle. Get this folks, as a contender for the White House, Huntsman said he will not attack Obama.

How absurd is that? Huntsman’s going into the ring with the Mike Tyson of politics, and his strategy is not to hit.

Talk about a “no surrender, no retreat” attitude, despite a relentless unprecedented effort to destroy her and her family, Palin is just as bold and beautiful as she was when she gave her extraordinary VP nominee acceptance speech in 2008.

I know you fearful folks on our side will flood me with emails about how Palin is too this or too that. Well I am sorry, but every time this woman speaks, I feel excited. But most important, I feel empowered. After the Republicans’ depressing cave on the debt ceiling, Lord knows we tea party patriots desperately need to feel empowered.

So many folks on our side feel they must walk on eggshells, careful not to offend the left. Palin boldly and unapologetically stands up for God, family and country.

The left has so successfully branded traditional values embraced by most Americans extreme, many feel intimidated and fearful to stand up for them. For example. I caught a minute of a TV show called The Glee Project which is obviously targeted for youths. The show featured young couples, including two boys as a couple, sexually caressing each other while singing a song about “going all the way”. The musical production number was a blatant promotion of homosexuality and promiscuity to our kids.

Call me an old fuddy-duddy and while I realize the TV show is on cable, I still found it a bit shocking and outrageous that such programming is considered normal.

The left appears to be calling the shots, setting the rules, culturally and politically. Advisers say we Conservatives must be civil, willing to compromise and work with the other side.

I am all for civility, but it only works when both sides have honorable intentions. Civility does not work when one side, Obama and the Democrats, treats the discord as a no-holds-barred street brawl. The left views civility from their opposition as a window of opportunity to strike and land a deathblow.

Sarah Palin fully understands this reality. Palin realizes the left will never fight fair or be honest. Pandering to the left is perceived as weakness. Thus, the only solution is to defeat them.

I still marvel at how some people on our side have bought into the Obama media’s manufactured image of Palin.

While the left’s destruction of her image is extremely successful on some level, Palin’s “right stuff” still bursts through, casting a powerful beam of light exhilarating millions. Palin has “it.” Whatever that “it” is, this amazing woman has “it.”

Can you imagine the excitement of Palin throwing her hat into the 2012 presidential ring? Move over, Thrilla in Manila (Ali/Frazier), as the most exciting fight of all time. I’m talkin’ Palin vs Obama, Mano a Mano: the Thrilla from Wasilla vs. the Chicago Thug.

Betting on this “fight of the century” could help Vegas’s economy recover from Reed being their senator and Obama trashing businesses that go there.

The more I think about Palin vs. Obama in the ring, the more excited I become. Images flash in my brain. It is the long-awaited, much-anticipated day of the main event.

For 14 rounds, Obama and Palin pound each other as the upper hand changes several times. Then, round fifteen — the final round.

Palin, exhausted from battling Obama and his tag-team partner, the liberal media, miraculously lands a knockout punch to Obama’s jaw. The final bell rings. The fight is over. Sarah Palin has won the 2012 presidential election. The crowd of mostly Tea Party patriots goes crazy with jubilation. Obama’s media is stunned.

Finally he reaches her. They embrace, “Todd, I love you!” “I love you too!” is Todd’s reply. Our national anthem plays in the background.

One thought on “Palin Power Coming On Stronger – OpEd”