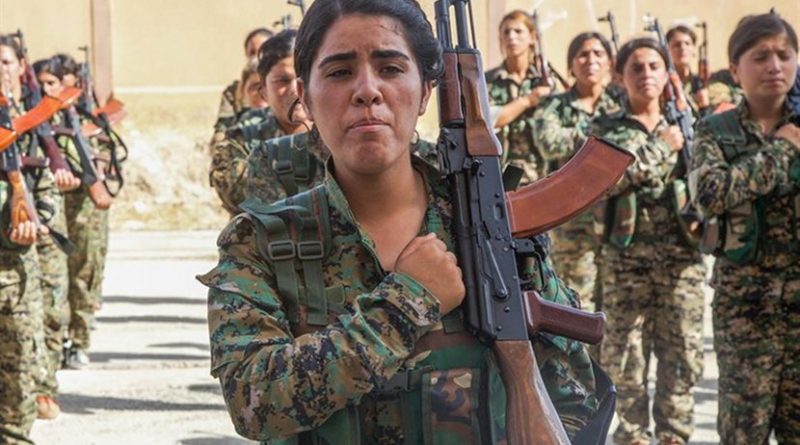 International politics are subject to strange twists and turns. By one such convolution the future of Syria’s Kurdish population and of its president, Bashar al Assad, have become intertwined.

Formed in 2015, the Syrian Democratic Council (SDC) is the political wing of the mainly Kurdish Syrian Democratic Forces (SDF), which controls north-eastern Syria. Kurdish forces have fought the Syrian military on several occasions during the seven-year civil war, but the SDC has clearly begun to seek better relations with the Assad regime. On July 27, 2018, in response to an invitation from the Syrian government, a delegation of the SDC arrived in Damascus to hold direct talks − its first official visit to the Syrian government.

There are several other signs of this shift in political direction. A few weeks ago the SDC announced that, as part of ongoing efforts to reach a “democratic” solution to the crisis in Syria, it intends to open an office in Damascus. And the day before the SDC delegation travelled to the Syrian capital, it announced that Kurdish forces were ready to join any military operation by government forces in the northern governorate of Idlib aimed at retaking the Kurdish area of Afrin. Afrin was captured by Turkish-backed troops in March 2018, as part of a drive by Turkey’s President Recap Tayyip Erdogan to prevent the Kurds from dominating Turkey’s southern land border.

North-eastern Syria, although suffering the effects of current Turkish efforts to destabilize the region, as well as the consequences of past Islamic State (IS) occupation, is under Kurdish administration. Known as Rojava, the area covers some 27 percent of what used to be sovereign Syria. There is, therefore, a pragmatic political rationale for both Assad and the SDC to seek an accommodation.

In bringing Rojava under Syrian government administration, Assad, who now controls some 58 percent of old Syria, would effectively be regaining some 85 percent of pre-civil war Syrian territory. As for the Kurdish administration in Rojava – known since 2012 as the Democratic Federation of Northern Syria (DFNS) – they are not seeking independence, but a degree of autonomy. They perfectly understand that if Assad decides to grant it, a huge chunk of territory would be placed under government control but, just as important, Assad’s regime in general, and himself as its President, would acquire substantial additional political support − and that Assad will need all the support he can muster, if Russian and UN pressure forces a presidential election on him as part of a peace deal. In short, both parties stand to gain from an accord.

The 2 million Kurds in Syria, accounting for 15 percent of the population, had aspired before the civil war to nothing more than a degree of autonomy – an aspiration always denied them. Under the regime of the two Assads systematic discrimination and repression was mainly their lot. Some 300,000 were denied citizenship and deprived of fundamental rights. Although revolts occasionally erupted, they were quickly crushed.

The internal uprising against Assad’s regime in 2011 gave the Kurds their opportunity.  As the civil war inside Syria descended into a maelstrom of separate conflicts, up in the north the Syrian Kurds were battling and defeating the IS, successfully winning back large areas of Kurd-inhabited territory.

Today the Kurdish-occupied region is ruled under a federal and democratic constitution – the “Charter of the Social Contract” − which provides for all citizens to enjoy gender equality, freedom of religion and property rights. In a poll organized in September 2017 voters elected leaders for about 3,700 “communes” spread across the regions of northern Syria where Kurdish groups have established autonomous rule.

Although the Syrian government has not formally recognized the DFNS or the validity of its elections, Assad has clearly perceived the advantages he could gain from coming to an accommodation with his Kurds. Last September Walid Muallem, Syria’s foreign minister, said that his country was open to the idea of greater powers for the country’s Kurds. They ”want a form of autonomy within the framework of the borders of the state,” he said. “This is negotiable and can be the subject of dialogue.”  He indicated – presumably with the acquiescence of Russia – that discussions could begin once the civil conflict had ended.

The SDC delegation to Damascus may be the start of that process.

This change of tactic on the part of the Syrian government is anathema to Erdogan. The degree of autonomy that Syria’s Kurds seem likely to attain can only reinforce the Kurds in Turkey in their separatist demands.  This explains Erdogan’s incursion in January 2018 into the region around Afrin, and the Kurds’ willingness to join with Assad’s forces in helping chase Turkish forces out of Syria.

A Kurdish legislator, Omar Usi, who sits in the national parliament in Damascus, recently said the government wanted the Kurds to “facilitate the entry of the Syrian army and the return of state institutions into Kurdish-majority areas east of the Euphrates.” In return, it was offering “constitutional recognition for the Kurdish community and its cultural rights.”

Would this be sufficient to satisfy Kurdish aspirations? Under the “Charter of the Social Contract” the Rojava administration has implemented much of the liberal left-wing ideology of its main Kurdish component, the YPG (People’s Protection Units), including strict equality for women in all public offices. The Kurdish flag, and images of jailed PKK leader Abdullah Ocalan (or “Apo”, that is, “uncle”) are ubiquitous. But Apo has been confined to the infamous Imrali Island prison by Turkey’s Erdogan, Assad’s sworn enemy.

With a shared enemy, and perceived advantages from cooperation, the outcome of the current negotiations could well be a continued Assad presidency, sustained by Kurdish support.