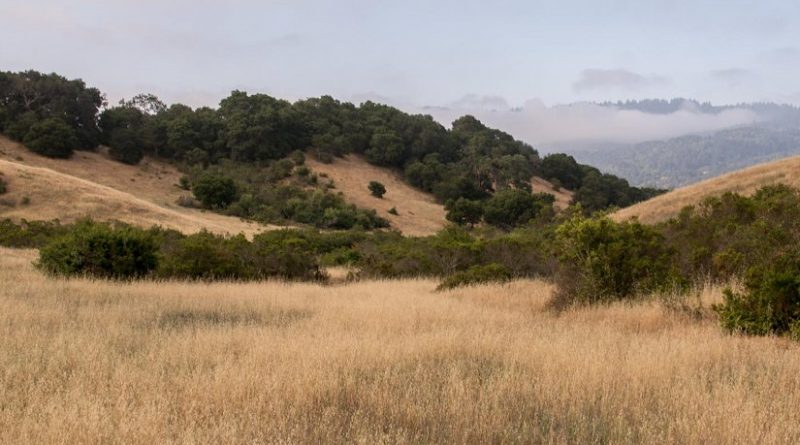 Grassland at Stanford University's Jasper Ridge Biological Preserve. An examination of 17 years of experimental data from the preserve is helping scientists from Rice University, Stanford and the Carnegie Institution for Science better understand how ecosystems will respond to climate change. Credit: Daniel J. Quinn/Stanford University

Results from one of the longest-running and most extensive experiments to examine how climate change will affect agricultural productivity show that California grasslands will become less productive if the temperature or precipitation increases substantially above average conditions from the past 40 years.

That’s one conclusion from a new study in this week’s Early Edition of the Proceedings of the National Academy of Sciences by researchers from Rice University, Stanford University and the Carnegie Institution for Science. The research team analyzed data from the Jasper Ridge Global Change Experiment, which has run continuously since 1998. The experiment simulates the effect of warmer temperatures, increased atmospheric carbon dioxide, increased nitrogen pollution and increased rainfall on a 1.8-acre tract at Stanford’s Jasper Ridge Biological Preserve.

“There’s been some hope that changing climate conditions would lead to increased productivity of grasses and other plants that draw down carbon dioxide from the atmosphere,” said study lead author Kai Zhu, a global ecologist and data scientist at Rice “In northern California, it was hypothesized that net grassland productivity might increase under the warmer, wetter conditions that are predicted by most long-term climate models. Our evidence disproves that idea.”

The Jasper Ridge experiment involves 136 test plots where scientists can study how grass will grow under conditions that are predicted to occur later this century due to climate change. The experiment allows scientists to test four variables: higher temperatures, increased precipitation, increased atmospheric CO2 levels and increased nitrogen levels. The plots are configured in such a way that scientists can test each of the variables independently and in combination.

“Global change is quite complicated,” said Zhu, who spent almost two years analyzing Jasper Ridge data during a postdoctoral fellowship at Stanford and the Carnegie Institution for Science from 2014 to 2016. “It does not just mean change in temperature. There are also changes in rainfall, atmospheric CO2, nitrogen and many other things. If we want to get a comprehensive understanding of everything, it is important to have experiments like Jasper Ridge, which manipulate more than one variable, both singly and in combination.”

One clear finding from the data is that increased levels of CO2 did not increase grass production. Instead, the amount of grass grown at sites with elevated CO2 remained flat, even at CO2 levels almost twice the present atmospheric concentration.

“The nonresponse to CO2 is as important as any of our other findings,” Zhu said. “That finding may surprise people because a lot have said that if you have more CO2 in the atmosphere, you’ll get better growth because CO2 is a resource for plants. That’s a popular hypothesis.”

By examining data from all the test plots, including those where CO2 increased in conjunction with higher temperature, rainfall and nitrogen levels, and incorporating more than 40 years of climate records from the Jasper Ridge site, Zhu was able to deduce the optimal temperature and moisture levels for production under all conditions. His analysis showed that average conditions from the past 40 years are near optimal for grass production, and any significant deviation toward warmer or wetter conditions will cause the land to be less productive.

“Experiments like Jasper Ridge are designed to examine the interactive and unexpected effects that are likely to arise from global environmental change,” said study co-author Chris Field, the founding director of the Carnegie Institution’s Department of Global Ecology and the Melvin and Joan Lane Professor for Interdisciplinary Environmental Studies at Stanford University. “The nonlinear, interactive effects of temperature and precipitation on grassland primary production revealed by this analysis highlight the value of this experimental approach and suggest that it could be useful in studying how global change will affect other types of ecosystems.”