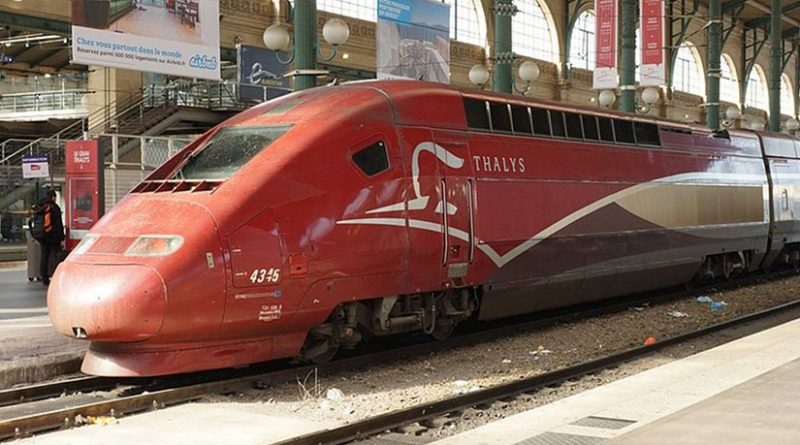 The latest scheme of Narendra Modi government to be criticized and objected in democratic India is the recently launched bullet train project.

The Indian democracy is now being described in various manners.

Some people call Indian democracy as vibrant and active one where there is no limit for individual freedom, liberty and freedom of speech for all practical purposes.

Others view it as chaotic democracy, where bitter quarrels between various groups and street demonstrations and agitations have become the order of the day.

There is also one more view that Indian democracy is a stalled one, where every scheme and proposal of the government is opposed by one section of people or the other and who rush to the courts to get a stay order for the government proposal. In most cases, Indian courts readily stay the government’s decisions and then take almost endless time to give its verdict, which virtually put the proposals in cold storage.

Of course, there are also charitable descriptions that while Indian democracy may not be a matured one at this stage, it is rapidly gaining maturity and will ultimately emerge out of the present confused state, as a unique democratic model for the entire world to emulate.

Those who are aware of the pulse of the present democratic India were not surprised, when the critics made a hue and cry protesting against the launch of India’s first bullet train project between Ahmedabad and Mumbai, which was inaugurated by Indian Prime Minister Narendra Modi and Japan’s Prime Minister Shinzo Abe. Ever since the inauguration, endless debates are now taking place in print and visual media about this project.

The objection of the critics is that government of India owned Indian Railways which is a monopoly, has still miles to go before achieving acceptable level of efficiency and safety standards. The critics say that accidents in Indian Railways are too frequent and therefore, it is premature to opt for high speed bullet trains.

Of course, there are counter arguments that modernization of railways and catching up with international technology practices should not wait and should move on, even as the existing railway system in India are improved. They say that even while keeping the feet on the ground, one should eye on the stars.

But, the critics are not impressed by 0.1% interest. They say that the Japanese government is investing in the bullet train project by way of loan, as it has run out of opportunities to invest at home in a big way. The critics further say that offer of 0.1% interest is due to the fact that Japan has been seeing periods of economic recession and interest rate cut by central bank. Consequently, in the recent years, the interest rate in Japan has fallen from around 2.3% in 1997 to 0.05% today. Japan has now provided such low interest to India out of it’s compulsion is the view of the pledged critics.

In the noisy democracy that India is , the people with different views never agree with each other and they seem to have a huge love for endless and animated discussions on every conceivable subject.

The government of India is of the firm view that there are obvious merits in the bullet train project , since it would lead to massive investment and consequent growth of ancillary and supportive industries with modern technology practices and would generate employment. The project would raise the confidence level of the people and kindle expectations to reach greater heights.

Will Modi government have its way?

In today’s democratic India , any project can be successfully implemented only by a determined and highly motivated government, which has the courage to ignore the critics and move on it’s chosen path based on its conviction and approach philosophy.

The bullet train controversy is a case study of how Indian democracy works and how Modi government has to implement its policies in an environment where unanimous view on any matter is a rarity in the country.

Home » Bullet Train In India: Why Not? – OpEd

2 thoughts on “Bullet Train In India: Why Not? – OpEd”