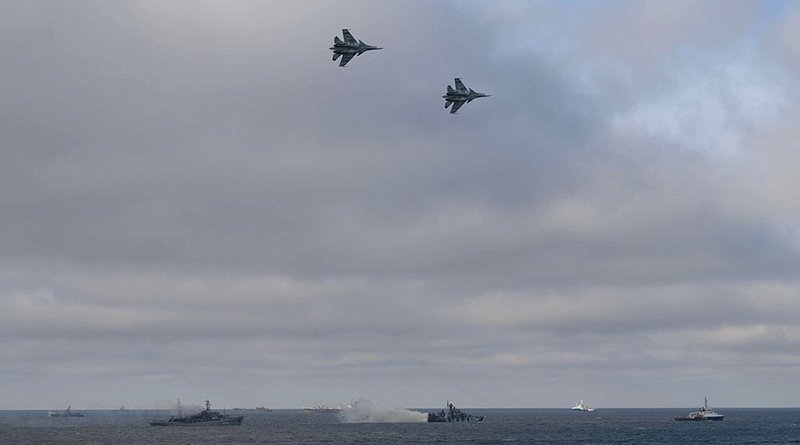 In recent years, Russia’s has made consistent efforts to increase its military and economic influence in the Black Sea and in the south Caucasus. The annexation of Crimea in 2014, the ensuing blocking of Ukraine’s naval movement across the Kerch Strait chokepoint and the steady growth of Russian troop presence in Crimea have tipped the balance in favor of Moscow and has limited Turkey’s maneuverability in the Black Sea. A similar military buildup has been taking place in Georgia’s Russian-occupied Abkhazia and Tskhinvali regions, which has increased regional insecurity and the risk that a minor incident along the contact line escalates into a full-blown military confrontation.

Even though Ankara and Moscow have shown that they are able to cooperate in different theaters, notably in Syria, they nonetheless remain geopolitical competitors with diverging visions in the Black Sea and in south Caucasus. Turkey is now pursuing a two-pronged strategy in order to address the geopolitical imbalance that Russia’s military and political moves have created. Turkey has long been developing its historically close economic and military relationship with Azerbaijan, and has given full backing to Baku’s recent drive to establish control over the Armenian-occupied territories Nagorno-Karabakh. Less noticed though, is the increased cooperation between Turkey and Ukraine and Georgia that forms the second leg of Turkey’s strategy to counter Russia.

When President Recep Tayyip Erdogan visited Ukraine in February this year, he unveiled a $36 million military aid package for Ukraine. In addition, the two sides signed a framework agreement on cooperation in the defense sector. Turkey has also made consistent efforts to enhance Ukraine’s military capabilities and several cooperation meetings between Turkish and Ukrainian officials have been held, with Turkish and Ukrainian military delegations openly  exploring the possibility of enhancing bilateral security cooperation in the Black Sea region. This includes potential joint exercises by Turkish and Ukrainian naval forces. The Turkish-Ukrainian defense cooperation is sustained by the growing military trade between the two countries. For example, Baykar Makina, a privately owned Turkish drone producer, won a $69 million contract to sell six Bayraktar TB2 UAVs to Ukraine. The Turkish Ambassador to Ukraine has in a recent statement said that Ankara and Kyiv are also discussing a possible, joint development and production of Bayraktar drones in Ukraine. Ukraine has already made significant progress in building its own surveillance and bombing drone industry which is a crucial instrument for limiting the separatists’ power in Donbas.

In December 2019, Turkey announced the allocation of 100 million Turkish liras (ca. $12 million) to the Georgian Ministry of Defense to reform the country’s military logistics. This follows a significant growth in the transfer of Turkish defense capabilities to Georgia throughout 2019. In the first 11 months of 2019, exports of Turkish defense products to Georgia amounted to $3.9 million, which represents an increase of nearly 38 percent compared to the same period of 2018.

Admittedly, these allocations are not important enough to significantly improve Georgia’s military capabilities. For this reason, the military cooperation that Tbilisi and Ankara conduct within the Turkey-Georgia-Azerbaijan trilateral format (which has been extended till 2022) is of particular value for Georgia. The trilateral was launched in May 2012, with the three countries pledging to expand military education, counterterrorism cooperation (including the protection of energy pipelines and railways) and to hold military exercises. Since the trilateral was launched, high-level meetings have been held regularly, and the military cooperation has continued to expand. The military cooperation now includes annual exercises on rotational basis as well as joint training and extensive intelligence-sharing. In 2018, an exercise was conducted that was based on a scenario that involved a hypothetical attack on the BTC oil pipeline. Indeed, ensuring that the security of the energy pipelines and of the vital communication networks in south Caucasus is not jeopardized is a national security priority for Turkey.

Turkey, Georgia and Azerbaijan share a discomfort with Russia, which provides geopolitical glue for the trilateral. In addition, the expansion of the energy and transport infrastructure in the South Caucasus – and the concurrent need to ensure its security – will arguably prompt Ankara to invest further in the trilateral, with the creation of joint protection brigades for instant deployment along the South Caucasus energy and transport corridor, an increase of the number of troops that participate in drills and an upgrading of Turkish military investments in Georgia and Azerbaijan being possible next steps.

Turkey’s Black Sea-Caucasus strategy, particularly its investments in shoring up the defenses of Ukraine and Georgia, dovetails with Western strategies toward Russia, as well as Western interests in these regions in general. Like Turkey, the West is interested in receiving Azerbaijani gas and oil and in investing in the railway and pipeline infrastructure in Georgia. The West also supports Turkey’s wider ambition to position itself as a transit energy hub for TANAP, the Trans-Adriatic Pipeline (TAP), and the South Caucasus Pipeline (SCP). The West and Turkey share an interest in keeping the land corridor to the Caspian Sea secure. This provides a narrow, but crucial link to Central Asia, where the West wields limited influence but where Turkey, as it aspires to play a larger economic and political role, building on historic and cultural ties, could potentially become a conduit of western interests, as it was in the 1990s.

Contrary to the perception in the West that it is moving toward Russia, Turkey in the Caucasus is in fact seeking to mobilize NATO to counter Moscow. Speaking at the World Economic Forum in Davos, Switzerland this year, Turkey’s foreign minister Mevlut Cavuşoğlu said that “I don’t understand why we have not invited Georgia, or [that] we haven’t activated the action plan for Georgia to become a member (of NATO).” He added that “we are criticized for having relatively better relations with Russia as a neighbor, but in fact our western friends are not agreeing to invite Georgia because they don’t want to provoke Russia. But Georgia needs us, and we need an ally like Georgia. So, we need enlargement and Georgia should be made a member.”

Cavuşoğlu’s statement represented a notable shift in Turkey’s approach, as Ankara had previously not expressed any strong interest in NATO expansion into the south Caucasus.  Yet Ankara has increasingly come to appreciate that deeper cooperation with the West is needed in order to balance Russia’s influence in the Black Sea-South Caucasus region.  Stepping up its military cooperation with Georgia and openly supporting its NATO aspirations, Turkey signals that it is taking a more offensive approach toward Russian ambitions in the south Caucasus.

As Russia has expanded its influence and military footprint in the Black Sea-South Caucasus during the last decade, Turkey has inevitably been prompted to reply. While its engagements in Syria and Libya are consuming political energy and military and economic resources, Ankara is increasingly also refocusing its attention to the Black Sea and the South Caucasus to balance and counter Moscow.  Ukraine, Georgia and Azerbaijan have become the building blocks of the nascent Turkish containment strategy. Turkey’s endeavor to check Russia and to ensure the security of the energy and transport corridor in the south Caucasus demonstrates that Turkish and Western interests converge.

This article was published by The Turkey Analyst