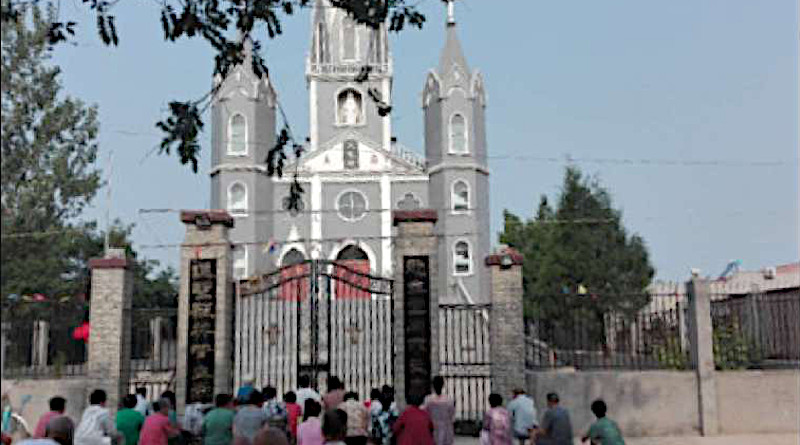 The Vatican has launched an effort to silence Pope Francis’ critics regarding the controversial deal with China on bishop appointments by revealing that Emeritus Pope Benedict XVI signed off on the 2018 agreement.

The surprise news came from Vatican Secretary of State Pietro Parolin during an extended justification of the deal — which is expected to be extended in the coming weeks — in a speech to mark the 150th anniversary of the arrival of Italian missionary order Pontifical Institute of Foreign Missions (PIME) in the Middle Kingdom.

It was the third time in two weeks that Cardinal Parolin had gone public in justifying the Vatican’s decision to extend the still-secret 2018 deal on the appointment of bishops.

In his address at PIME headquarters in Milan, Italy, he explained that each pope from St. Paul VI to Pope Francis had sought what Pope Benedict XVI described as the overcoming of a difficult situation “of misunderstandings and incomprehension” that did not benefit either Chinese authorities or the Catholic Church in China.

Pope Francis’ conservative critics, led by American cardinals including Raymond Burke, have openly slammed the agreement as kowtowing to China’s authoritarian regime, which has stepped up its human rights abuses under the leadership of President Xi Jinping, the Chinese Communist Party general secretary who took the reins of the world’s most populous nation in 2016.

The critics have pointed to a new program of repression of all religions including Catholicism and the serial harassment — and worse — of believers as well as the emergence of gulags in Xinjiang province designed to “re-educate” the Uyghur minority who are largely Muslim.

They have accused Francis and his advisers, led by Cardinal Parolin, of sacrificing as many as 6 million worshippers in the unofficial church not recognized by Beijing, also known as the underground church.

Cardinal Parolin once more insisted that the “provisional” agreement remained solely pastoral in nature and was necessary to ensure that there were no further illegal ordinations of bishops by the state-run Chinese Catholic Patriotic Association (CCPA) that answer to Xi rather than Pope Francis.

For this reason, the secretary of state emphasized, it was necessary “to face and resolve this delicate problem definitively” with an agreement whose aim is to “help the local churches enjoy greater freedom, autonomy and organization so that they can dedicate themselves to the mission of proclaiming the Gospel and contributing to the integral development of the person and society,” according to a detailed report by Vatican News.

“For the first time in many decades,” said Cardinal Parolin, “today all the bishops in China are in communion with the bishop of Rome.” Those who know the history of the Church in China, he continued, “know how important it is that all Chinese bishops are in full communion with the universal Church.”

Cardinal Parolin did acknowledge “the existence of many other problems concerning the life of the Catholic Church in China. But it has not been possible to deal with them all together,” he said.

“We know that the road to full normalization will still be a long one, as Benedict XVI foresaw in 2007. The question of the appointment of bishops, however, is of particular importance. It is, in fact, the problem that has caused the Catholic Church in China the most suffering in the last 60 years.”

In the two years since the Vatican-China deal was signed, Cardinal Parolin said he had seen “signs of growing closeness among Chinese Catholics, who have long been divided on many issues.”

But this has been widely disputed by many Catholics inside China who are forced to send anonymous and coded messages to the rest of the world for fear of being harassed or detained by authorities. There are also few signs of any widespread acceptance by underground worshippers of the authority of the CCPA as the Vatican wants.

Observers also noted that there was some irony in Cardinal Parolin stepping up his defense of the Vatican-China deal on the PIME anniversary. The Chinese Communist Party tossed out Christian missionaries from the country in the years after it gained power in 1949, persecuting, jailing and killing priests.

“In the last 70 years, many difficult battles have been lost,” Cardinal Parolin said. “Sometimes, some battles were lost but could have been won if only there had been a little more goodwill. But the most important battle has been won: fidem servare [to serve faithfully].”

There are no signs that the deal between the Vatican and Beijing is the forerunner of any relaxation of the ban on foreign missionaries. In fact, tough new rules and regulations in China introduced in recent years have cramped the space for any evangelism in the country.