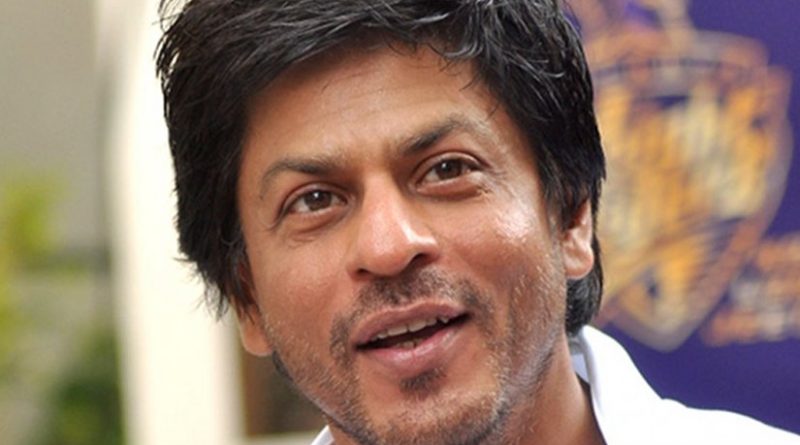 Shah Rukh Khan may not be the finest actor of his generation but he is certainly one of the most loved ones.

Some years ago, Time magazine called him the biggest movie star in the world, ahead of Will Smith and Tom Cruise. Across the Middle East and in countries around the world where Hindi is little understood, I’ve run into people whose faces would light up at my Indian connection. “Shah Rukh Khan!” would be the mantra to strike instant connection with complete strangers.

He burst like a brilliant, luminous star on the firmament of Indian cinema and hasn’t stopped shining since. He didn’t come from a Bollywood background nor was he fairest of them all. Yet there was something about the Delhi boy that conquered hearts. Call it gravitas, charisma or whatever.

More than his histrionic skills, what one found the most fascinating about the superstar is his extraordinary intelligence, wit and his spontaneity. He is perhaps the most articulate actor there has ever been. He could talk his way out of the stickiest situations and he has. In the two interviews that Khan has granted to two leading television hosts, Rajdeep Sardesai of India Today and Barkha Dutt of NDTV, on the occasion of his 50th birthday, the actor tried his best to play safe by mostly focusing on his movies and his extraordinary journey.

Yet when pushed by the interviewers to talk about the situation in India today, he couldn’t help but speak his mind: “Yes, I do think there is intolerance. There is extreme intolerance. There is growing intolerance,” he said during a Twitter townhall in which he was asked questions by his fans from around the world. Commenting on the manufactured madness over beef, he said in his NDTV interview: “We have made a huge thing about our meat-eating habits. How can the food habits of people be an issue?”

“It is stupid. It’s stupid to be intolerant and this is our biggest issue. Religious intolerance and not being secular in this country is the worst kind of crime that you can do as a patriot.”

Talking about the perpetual expectations to prove his patriotic credentials as an Indian Muslim and threats to send him to Pakistan, an agitated Khan said: “No one can question my patriotism. How dare anyone? It’s very degrading and humiliating to have to prove my patriotism. I am an Indian-born movie star. I am an Indian-born Indian. I am Indian, how does that get questioned? Nobody has more right to live in this country than me, and I am not gonna leave. So shut up!”

Hailing the unprecedented intellectual protests against rising intolerance as noble and brave, he signaled his willingness to return his own awards.

Predictably, the twin interviews have widely been reported, watched and applauded for their candor and courage while setting off a storm of abuse and usual Hindutva vitriol. A BJP general secretary accused the star of living in India with his soul stuck in Pakistan. Another saffron-clad BJP leader compared the actor with Pakistan’s Hafiz Saeed, who’s wanted for the Mumbai terror attacks, warning him if Hindus started boycotting his movies he would soon find himself “on the streets, just like other Muslims.”

If this is how India’s biggest superstar, feted around the world including by universities such as Harvard and Edinburgh, is treated for once speaking his mind and not preening and fudging like the other politically correct Khans, imagine the predicament of the less fortunate members of his clan. But then what’s new? The more things change in India the more they remain the same. Indeed, they seem to be unraveling at an alarming pace. In the immortal words of Yeats:

Things fall apart; the center cannot hold
Mere anarchy is loosed upon the world
The blood-dimmed tide is loosed, and everywhere
The ceremony of innocence is drowned;
The best lack all conviction, while the worst
Are full of passionate intensity

No one expected the second coming of Hindutva to be all hunky dory and a model of Gandhian restraint. Indeed, there were myriad voices across the political spectrum, including many within the BJP, who repeatedly warned against the hazards of a diverse democracy electing a polarizing figure like Modi ignoring his eventful past.

But not even his numerous critics, including yours truly, expected the party to turn sour so soon. Perhaps no other leader in history has managed to polarize and divide his people along a million identities in such a short time as he has.

He has been in power barely a year and half and he has split the country down in the middle, with people who have co-existed in peace for centuries thirsting for each other’s blood. Not a day passes without the Hindutva rabble-rousers, many of them senior BJP leaders and members of Modi’s Cabinet, telling Muslims, Christians and other minorities to leave the country or persuading them with attacks such as Dadri.

And one doesn’t hear a word or whimper of protest from the man who sees no irony in raising slogans such as ‘Sab Ka Saath, Sab Ka Vikas (inclusive development) and Swacch Bharat (Clean India).

The media cannot stop whining why the Dear Leader is “tolerating” or not reining in the fringe. The fringe has gone mainstream, my friends, that’s why.

Else you wouldn’t hear the prime minister of India incite the Bihar voters against the Muslims saying Lalu Yadav and Nitish Kumar are conspiring to steal 5 percent reservation from Hindus and gift it to “a particular minority”! Nor would someone who considers himself the leader of all Indians provoke the voters by screaming the ‘secular gang’ is insulting Hindus by promoting cow slaughter.

Is it any wonder then the foot soldiers see these comments as the leader’s nod and wink-wink to go berserk. As another group of writers pointed out this week in their letter of protest, the Dear Leader is not only tolerating spiraling acts of intolerance and violence, he is mandating them with his selective and strategic silence.

This sinister silence has not only forced hundreds of writers, intellectuals, scientists, filmmakers and artists to come out on the streets, it provoked rare rebuke from the President of India at least thrice and one long, passionate speech from the Vice President. Theirs are ceremonial positions and they are supposed to read from the script. Nonetheless they couldn’t help emphasize the urgent need to uphold India’s traditions of tolerance and diversity.

Even the international media, not too long ago gushing about the ‘rock star reception of Modi’ in America, has started noticing the dark underbelly. While New York Times on Tuesday slammed Modi for tolerating and encouraging the extremists, the Economist did a cover story titled ‘Lights! Camera! Inaction!’ underlining the reality of Modi hype.

Yet Finance Minister Arun Jaitley sweetly asks: ‘Where’s intolerance? What intolerance?’ The wily lawyer has turned around to suggest it is Modi who is the ‘worst victim of intolerance’! Home Minister Rajnath Singh advises those returning awards to instead give suggestions.There can be only one suggestion for him and his boss. See the writing on the wall before India forces them to. Beware of a patient people’s fury.