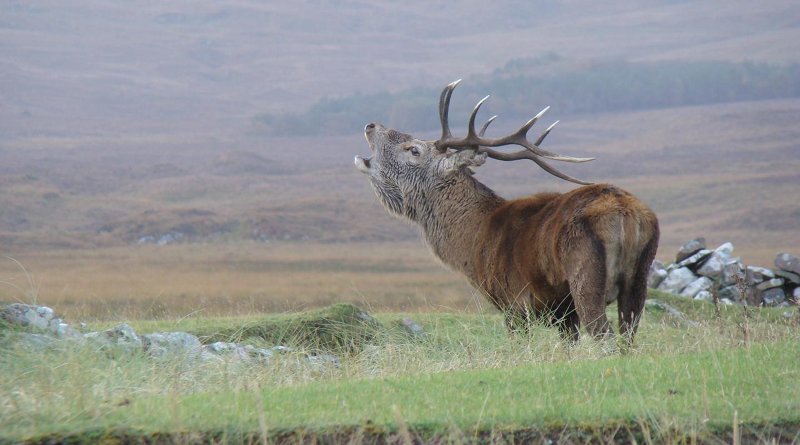 Red deer on a Scottish island are providing scientists with some of the first evidence that wild animals are evolving to give birth earlier in the year as the climate warms.

Genetic changes to red deer on the Isle of Rum – located off the west coast of Scotland – have played a key role in a rapid shift in birth dates in recent years, new research shows.

Previous studies have shown that the deer have been giving birth earlier since the 1980s, at a rate of about three days per decade, partly due to the effects of warmer temperatures on the deer’s behaviour and physiology.

Now, scientists have revealed that genetic changes caused by natural selection – the theory of evolution developed by Charles Darwin – are also involved.

The study provides a rare example of evolution happening quickly enough to be detected over only a few decades.

A team including scientists from the University of Edinburgh made the discovery using field records and genetic data collected on Rum over a 45-year period since 1972.

Female red deer – called hinds – give birth to a single calf each year, and those that reproduce earlier in the year have more offspring over their lifetime, researchers say.

Their findings show that this is partly because of an association between the genes that make hinds give birth earlier and higher overall reproductive success. As a result, genes for breeding earlier have become more common in the Rum deer population over time.

The research, published in the journal PLOS Biology, involved scientists from the Australian National University and the universities of St Andrews and Cambridge. It was funded by the Natural Environment Research Council. The Isle of Rum National Nature Reserve is managed by Scottish Natural Heritage.

Dr Timothée Bonnet, of the Australian National University, who led the study, said: “This is one of the few cases where we have documented evolution in action, showing that it may help populations adapt to climate warming.”

Professor Josephine Pemberton, of the University of Edinburgh’s School of Biological Sciences, who was also involved in the study, said: “Long-term studies of individual lifetimes are one of the few ways to understand how populations respond to environmental change and how to manage its effects.”

Sally Thomas, Scottish Natural Heritage’s Director of People and Nature, said: “These findings are a fascinating example of the impact climate change may be having on wildlife. More and more research is demonstrating climate change is influencing species across the UK and the world.”