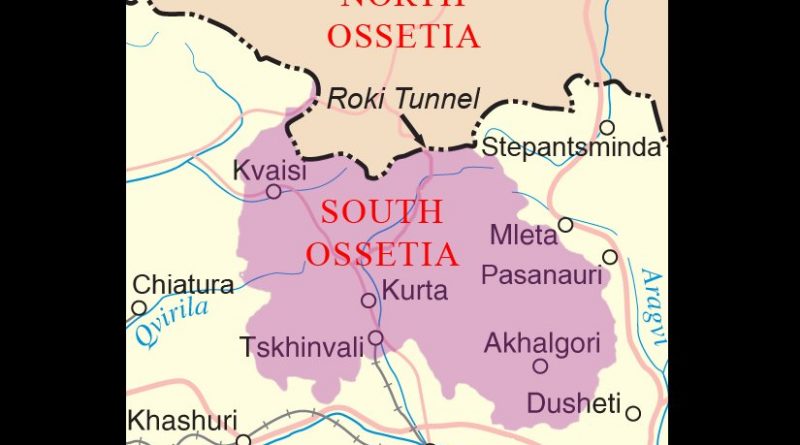 By his actions, Vladimir Putin has diverted the world’s attention away not only from the Ukrainian crisis he created but also from an earlier one – his invasion of the Republic of Georgia in 2008 and his unilateral recognition of the independence of Abkhazia and South Ossetia.

But no one should forget that one of the purposes of a diversion is to prevent others from responding in a timely fashion to what those who have created it may plan to do. That possibility is constantly on the minds of those who are concerned about Ukraine. It is much less often on those of people worried about what may come next in the Caucasus.

A conference in Tskhinvali last week on “Ossetia: Society and Politics in the Context of Global Challeges” should be a wake-up call because the statements of its participants suggest that support is growing there, and likely in Russia as well, for the annexation of South Ossetia by the Russian government (rusplt.ru/society/rossiya-ili-smert-20078.html).

According to Yana Amelina, the secretary of the pro-Kremlin Caucasus Geopolitical Club, the meeting underscored that in the face of the current threats to the region, “South Ossetia has only one way out – to jump on the passing train, that is, to become part of the Russian Federation.”

Amelina has been an advocate of this step for some time, but her report on the meeting in which she participated, suggests that support for that idea is growing in South Ossetia – and quite likely in the Russian Federation as well. Otherwise, in today’s climate, it would be unlikely that a Russian outlet would give this trend so much play.

South Ossetia today, Aleksandr Sergeyev, the author of “Contemporary South Ossetia: Lessons and Challenges” and one of the speakers at the conference, said that it was one of the “most vulnerable” places in the region because “it is one of the key points of all-Russian civilization which nonetheless has not been completely integrated in the Russian state organism.”

It was precisely here, Sergeyev continued that “in 2008, Russia threw a global challenge to the collective West and this has not been forgotten or forgiven. Our enemies will beat on this point.” Russia would be far better positioned to defend South Ossetia if it were “a part of Russia’ than if it remained outside the borders of the Russian Federation.

“Presssure on Russia (and this means on South Ossetia as its advanced post in the Trans-Caucasus) will grow both from the West and from radical Islamist movements,” Amelina observes; and the convergence of these two factors means that South Ossetia must find a better defense than it has at present.

That is especially the case because there is now a pro-Georgian lobby in Moscow which wants to promote tourism and business in Georgia and thus is putting out the message in Russian media that Moscow needs to develop better relations with Tbilisi, a move that would inevitably weaken South Ossetia, several participants in the conference said.

“The Caucasus potentially is at the epicenter of events which can develop very quickly and in unpredictable directions,” Amelina observes. That is increasingly being recognized by regional experts and with regard to South Ossetia, it is focusing attention on the choice between being an independent state or, together with North Ossetia, part of the Russian Federation.

The president of South Ossetia clearly believes that “global risks” means that South Ossetia needs to be part of Russia. That is part of a more general development in the region, Amelina suggests. In Armenia, ever more people are talking about including Nagorno-Karabakh in Armenia “not just de facto but de jure” in order to defend it.

According to Amelina, South Ossetia is in “a much more complex situation” and therefore the choice should be clearer to everyone. Those who say South Ossetia must develop first forget that Russia is paying for everything now and that South Ossetia has not taken many of the steps a real state needs to take to survive.

Kosta Dzugayev, a local political analyst, told the meeting that “our only way out is to get in the passing train, that is, to join Russia. ‘Russia or death’ – that is our bitter reality,” he concluded.

Amelina says that one major force pushing for unity is the local branch of the Russian Orthodox Church of the Moscow Patriarchate. Its clergy are warning people of the dangers surrounding them and thus helping to convince South Ossetians that their only prospects for survival are within the borders of the Russian Federation.

In concluding her report, Amelina suggested that she has no doubt, given what South Ossetians have been able to do in the past that “in the final analysis, Tskhinvali will make the only correct choice” – that is to join Russia rather than to remain an independent but largely unrecognized state.

Home » Is Putin About To Annex South Ossetia? – OpEd