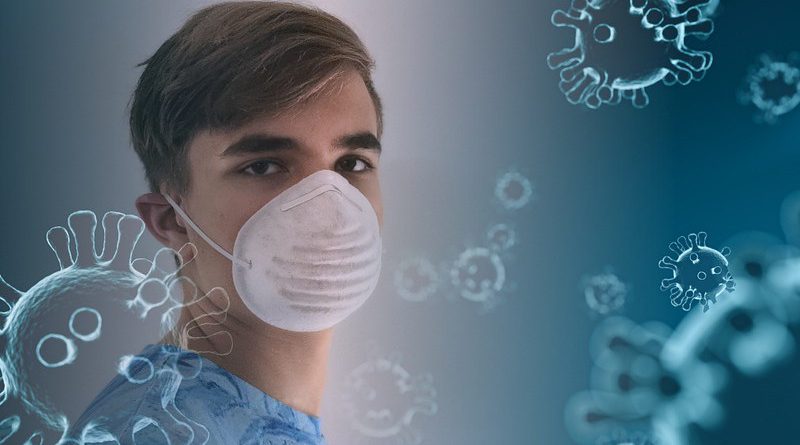 Last Monday, children across the nation ceased giving thanks as they returned to school after their extended holiday break. However, millions more would rejoice if they had that opportunity (as would their parents), an opportunity that a new study finds they are denied not on the basis of science, but by the brawn of union strength and political pressure.

As of this writing, millions of children find themselves denied an education in a classroom setting. Full or partial shutdowns of in-person education are in effect in 11 states, plus Puerto Rico and the District of Columbia, with a total public school enrollment of 14,783,241. Joseph Sunde noted last month at the Acton Institute’s Powerblog that several studies have found the rate of COVID-19 infections had little to do with a school district’s decision to hold in-person classes:

[P]ublic health was not ultimately at the forefront of public concern. According to a study by Jon Valant of the Brookings Institution, “there is no relationship … between school districts’ reopening decisions and their county’s new COVID-19 cases per capita,” and yet “there is a strong relationship … between districts’ reopening decisions and the county-level support for [President Donald] Trump in the 2016 election.” In another study, political scientists Michael Hartney and Leslie Finger observed a wide set of national data, concluding that “politics, far more than science, shaped school district decision-making,” and that “mass partisanship and teacher union strength best explain how school boards approached reopening.”

Since then, yet another study has reaffirmed those conclusions.

Will Flanders of the Wisconsin Institute For Law & Liberty (WILL) examined his state’s school districts and found a radical disconnect between scientific and political realities. “The number of COVID-19 cases in a particular community bore no relationship to the decision to go with virtual education,” wrote Will. “Indeed, the variable came nowhere near traditional standards of statistical significance.”

School districts that reopened in person and those which opted for virtual learning had no significant difference in the rate of COVID-19 infections. “It is partisanship and union presence that are the main drivers of the decision to reopen or not,” he found.

The results mirror not only the two studies cited by Sunde, but another published in SSRN in September by Corey DeAngelis and Christos Makridis. They found that union influence and partisan politics trumped children’s educational opportunities nationwide:

Using data on the reopening decisions of 835 public school districts in the United States, we find that school districts in locations with stronger teachers’ unions are less likely to reopen in person even after we control semi-parametrically for differences in local demographic characteristics. …. We also do not find evidence to suggest that measures of COVID-19 risk are correlated with school reopening decisions.

Yet more studies show that students forced into virtual classrooms have become the objects of many school administrators’ neglect. The nonpartisan Center on Reinventing Public Education, located at the University of Washington-Bothell, surveyed “106 districts across 50 states, most located in urban centers.” Only approximately one-third of those districts specified how much instruction time children would receive from virtual education, and the same number did not require online teachers to check in on their students.

While the vast majority of the nation’s teachers and public school administrators have their students’ best interests in mind, teachers unions are not (richly) paid to consider such things. They represent the interests of their clients – the teachers – and not those of the students left behind by their policies. For instance, the Chicago Teachers Union threatened yet another strike if its members must return to the classroom during the pandemic. The union in our nation’s capital, the Washington Teachers Union, issued a list of demands which the city must meet before teachers would to back to school – including, curiously, the end of teacher evaluations. How verifying the competence and quality of teachers’ instruction contributes to the spread of the coronavirus remains unknown.

The nation’s collective learning loss will have an incalculable impact on the entire country. It will certainly make students, and all of society, poorer. Researchers estimate that children who miss one-third of the school year will earn 3% less over their lifetimes. Flanders calculated the total at $14.2 billion in GDP loss. That reduces the amount of total wealth available to serve all people, including the most vulnerable.

In-person instruction is but one aspect of the pedagogy necessary to form sturdy citizens, much less to instill Christian character. A robust Christian education must be “connected with and in harmony with the evangelizing mission of the Church,” as well as research that “puts new human discoveries at the service of individuals and society” and makes people “conscious of the transcendent dignity of the human person.” Denying children an adequate education for narrow personal gain or out of partisan pique to lead the #Resistance is plainly immoral. And as an increasing number of studies prove, those are precisely the forces inflicting short-term learning losson today’s schoolchildren and long-term suffering on our entire nation.