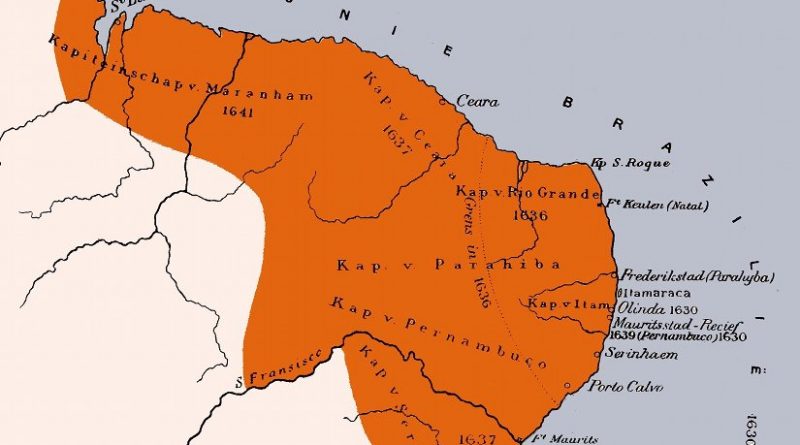 The Amsterdam media played a major role in the rise and fall of Dutch Brazil, the colony held briefly by the Dutch West India Company in the 17th century. This is the conclusion reached by Professor of Maritime History Michiel van Groesen in his book ‘Amsterdam’s Atlantic’.

Few Dutch people know that from 1630 to 1654 Brazil was a Dutch colony even though in the Golden Age events in Brazil were for years front-page news for the period’s many newspapers and pamphlets. This is the conclusion reached by Van Groesen based on his research on how contemporary media reported on the colony.

Amsterdam at that time was Europe’s media capital because of the city’s relatively high level of press freedom. Newspapers were published weekly and there were also many pamphlets in circulation in the city. The Amsterdam media had significant influence on public opinion not only in the Netherlands but also in the rest of Europe where Dutch reports were translated into local languages.

Initially, the papers wrote enthusiastically about the conflict in the New World. In the seventeenth century the Dutch Republic was at war with Spain, and in 1624 decided to launch a second front in Brazil, a Portuguese colony under Spanish rule. There were positive reports in the media about the many opportunities in the region: for the trade in sugar, for example, and as a means of expanding geopolitical influence.

Opinion makers were under the influence of Amsterdam regents and merchants, who were originally positive, according to Van Groesen. But the newspapers quickly turned their attention to issues that the elite preferred to keep under wraps: battles lost and corruption in the colony being two such issues.

Surprisingly enough, the slave trade was paid little attention by the media. The West India Company used African slaves for work in the colony.

Brazil never came completely under Dutch control, which meant that money and troops had to be sent repeatedly to the colony. The media began to include critical reports of Amsterdam regents who were skeptical about the situation, unlike the regents in Zeeland who were more favorably disposed towards Brazil.

Under the influence of the media, public opinion turned slowly but surely against the money-guzzling colony.

The propaganda bulletins from the WIC were ineffective in turning the tide of public opinion. Van Groesen also examined the correspondence of politicians and merchants of the period. Amsterdam merchants, too, began to oppose the monopoly enjoyed by the WIC, and consequently withdrew their support.

When in 1645 the Portuguese were threatening to drive the Dutch out of Brazil, the Amsterdam regents blocked a proposal to send a fleet to the region.

In 1654 the Portuguese managed to expel the Dutch completely and returned the colony to Portuguese rule. This loss was felt for a long time as a ‘national disgrace’, according to Van Groesen. Those who had wanted to retain Brazil talked about a ‘Neglected Brazil’.

“People no longer wanted to talk about this scandal, which explains why so few Dutch people today know that Brazil was ever a Dutch colony.”