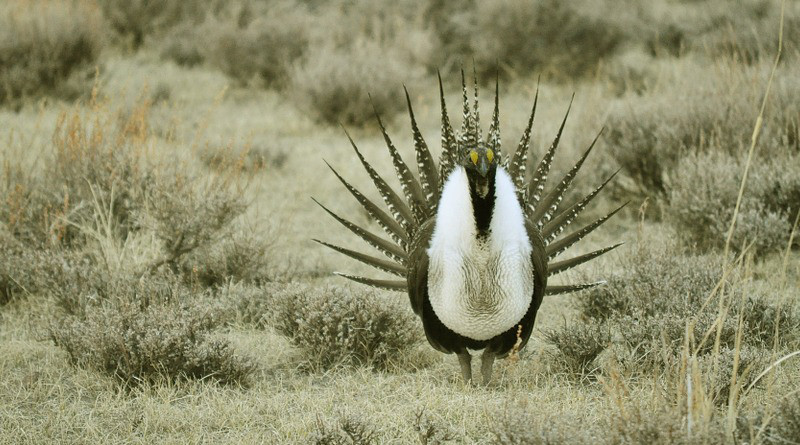 The greater sage-grouse is an iconic bird that lives in the western United States, and its populations are in decline. A new study published in the Journal of Wildlife Management reveals that energy development has negative impacts on sage-grouse reproduction.

The study’s authors note that the full extent of such impacts on reproduction are not always realized because most female sage-grouse choose to nest and raise chicks in less disturbed areas, but only when these areas are still available to them.

The findings indicate that efforts are needed to avoid disturbing sage-grouse habitat when positioning renewable and non-renewable energy projects, and they highlight the complexities of balancing species conservation with energy development demands.

“Our study is unique in that instead of a commonly used metric for development intensity such as density of wells in an area, we delineated the actual footprint of energy development to measure the direct removal of sagebrush habitats for energy infrastructure, across several study areas,” said lead author Christopher P. Kirol. “Our findings suggest that reproductive costs incurred by sage-grouse have a direct relationship to the footprint of energy development and this relationship holds irrespective of the type of energy infrastructure, whether natural gas or conventional oil, for example.”

Home » The Impact Of Energy Development On Bird Populations