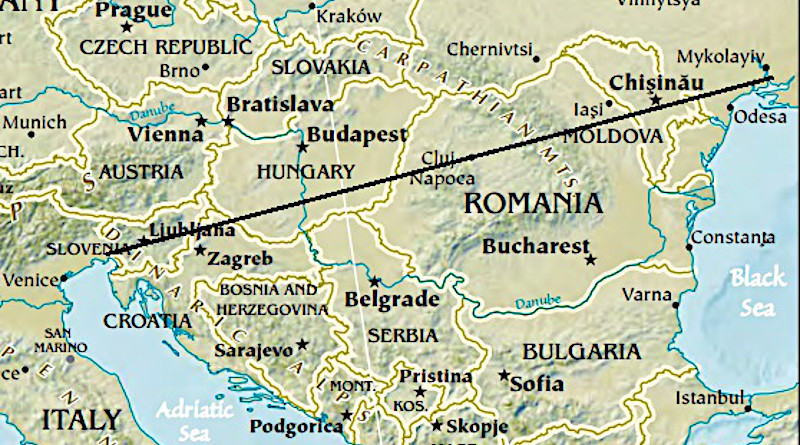 It is amazing when the country in which started all democratic kind of processes (ie. – first real free press: Mladina, and Laibach, electric/experimental/industrial music band which move the boundaries between art and society) and into which we were, then, looking like into a lighthouse between “scilas and haribdas” of the totalitarian society, Slovenia became a country of so chauvinistic and fascistic reflection as it became this small state, former known as Socialistic Republic of Slovenia within Socialistic Federal Republic of Yugoslavia (1945 – 1991).

It is amazing that the first reflections of it (rude and obnoxious, really) has happened when the Ljubljanska bank rejected (after the dissolution of Yugoslavia) to pay the savings to the people from other republics of ex-Yu, and, in racist way saying „Čefurji, raus!“ (Čefurji, out!“) to the all people who came from other ex-Yu republics.

It is amazing that Janez Janša, current president of the Government of Slovenia (born 1958 and right center conservative leader of SDS party) was one of the leaders for the freedom from the so call “totalitarian communists regime” back in the eighties of the XX century, became even worse than any totalitarian dictator creating a Slovenian way of populism through the “draining the swamp” as said.

So, before making any judgment, turn around yourself and check out how many above points meet fascist chauvinist creation within your own populist country.

It is amazing that Janez Janša was cooperative (“while fighting against communism”, as he said) and associate of Yugoslavia secret intelligence service UDBA and that, as said by one of the former agents of UDBA, Božo Spasić, Janez Janša was always only interested only in money (how to get as much as possible). Really, amazing that the fighters for “national thing” are always shows, at the end, that they are “fighting” for themselves and not for the people. Who mentioned Trump (USA), Duda (Poland), Izetbegović, Vučić, Čović (BiH)…?

It is amazing that the Prime-minister of the Government of Slovenia attack journalists blaming them that they are using Covid-19 for political advantage. Eo ipso, journalist cannot be independent, due to Janša, eo ipso, where is democracy, then, if journalists are not independent? Janez Janša and his mentor, Viktor Orban are on the same populist, fascist chauvinist ship that leads, not just their people, but EU as well, towards the sinking.

It is amazing that the populists always does not see the forest out/because of one wood, always using “whataboutism” as the “defence” with the blame of others, hunting  for the enemies, for all the problems they are facing with.

It is amazing that the curse of small people population (Slovenians population is only 2.095.861) always creates fascist chauvinism at large after 1991 in former Yugoslavia.

To end this amazing review of Janez Janša thoughts and focuses lets focus on him as a former communist spy, so call fighter against totalitarianism Tito’s regime, who became really a “bigger catholic than the Pope” attacking new communists spies. I really wander was he ever stopped to be a communist in his heart? Not socialist, but just rigid communist, of the good old times which can be honestly renewed through my proposal within the society: “Rights equal obligations; Obligations equal Empathy and Empathy equal Equality”, as the solution for any society in the world. Socialism thoughts of equality came out from the society and there is also capitalistic society, but society itself within it. Contradictio in adiecto can be fixed in any society. Help all to help one and not to help just few by all. Can we make it better without politician as Janez Janša? Only if we have (I was against communism once upon a time, but I am against this fake world as we are living within after the fall of communism, unlike Janša who uses this world for his benefits only) responsible rule of law and not a law of rule.

We must also ask Slovenian people, because, unfortunately, media illiterate people can be easily control by the populists as Janša is. Slovenians are media illiterate in huge scale and maybe to recommend one of my books to be red: “Media literacy and Media Ethics, the only way out”. Or introduce critical thinking to the primary schools there through media literacy? Or what is the most amazing, start thinking about the way that no culture will survive without interaction with other cultures?

Slovenia was, in the former Yugoslavia, an example of that, having so many Bosnians, Croatians and Serbians marrying Slovenian woman. Maybe, new refreshment should and could happen. And vice versa from them back to others from former Yugoslavia? Why? Because the way how it looks like now, all the area of former Yugoslavia is flooded with the hate against other and different ones, while the politicians of different nations cooperate very well among each others, while media illiterate people are brainwashed against each other.

Although, the hatred goes against themselves if they hate others, because boomerang hits worse on its way back.

Is it amazing, or what?