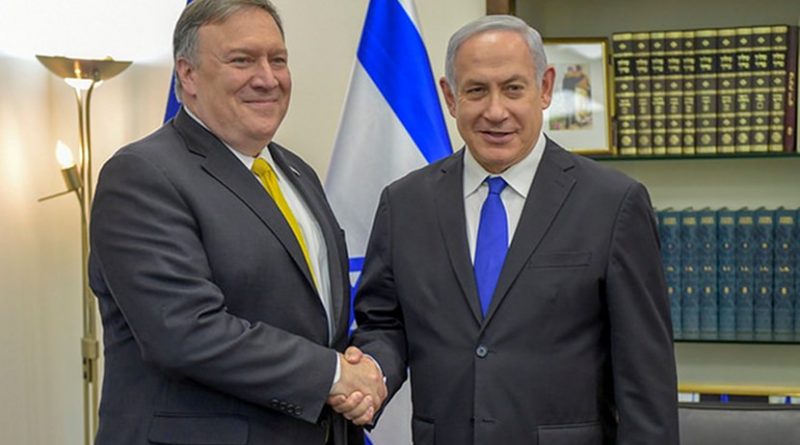 Alas, Mike Pompeo, US Secretary of State, at last month’s Family Leadership Summit in Iowa you glorified all the actions your administration has taken that contravene and contradict international law. When you boasted about recognizing Jerusalem as the capital of Israel, you abrogated UN Security Council resolutions 242 and 388, which your country helped write and which clearly declare the “inadmissibility of the acquisition of territory by war,” as well as demand the “withdrawal of Israeli armed forces from territories occupied in the recent conflict (the June 1967 war).”

The same resolutions hold for the occupied Golan Heights. Neither Jerusalem nor the Golan Heights are properties of the US to give to Israel. And yet you have publicly declared your opposition to China adopting its new security law for Hong Kong. China obviously took a leaf out of your book, so to say.

You also said that Israel is a bastion of freedom in the region. Israel, Mr. Secretary, is militarily occupying Palestine. It is denying the freedom of the Palestinian people. It is incarcerating Palestinian women, children and men by the thousands, often without trial. Israel demolishes the homes of innocent Palestinians, willy-nilly, with flimsy excuses and without compensation. Israel uproots Palestinian olive trees, the symbol of peace and freedom, to steal the land for Israeli colonists to occupy.

Israeli Prime Minister Benjamin Netanyahu wants to colonize an additional third of the remaining Palestinian territories after previous Israeli governments’ colonization. Instead of condemning this attempted Israeli land grab of Palestinian territory, your administration has merely said that is not the right time to do that.

You proclaimed Israel as an economic model without clarifying that, were it not for the billions of dollars of tax-free US economic aid, its economy would be non-existent. By glorifying Israel’s rampant colonization of Palestine and refutation of international law, you justify other land grabbers and deniers of peoples’ freedom.

Alas, Mr. Pompeo, you have given Israel license not only to break international law but also to change the definition of freedom. I applaud your principled stand on Iranian aggression in our part of the world. You should hold Israel similarly accountable.