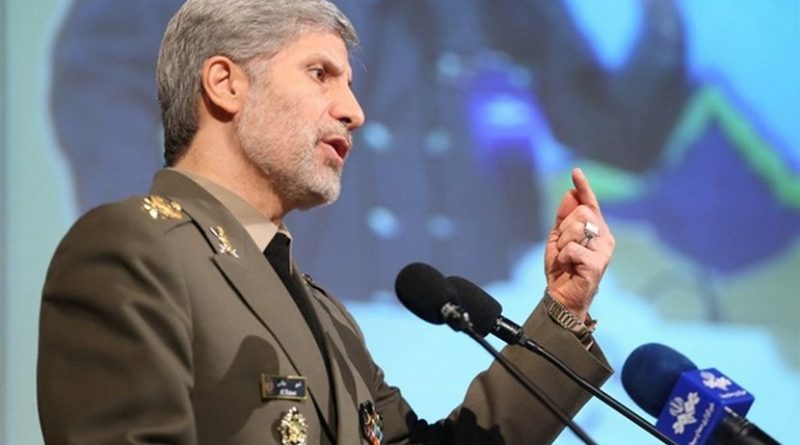 Iran’s Defense Minister Brigadier General Amir Hatami cautioned the warring parties in the Nagorno-Karabakh conflict that Tehran will take measures stronger than warnings if the shells fired in the fighting continue to hit Iranian territories.

Speaking to reporters in Mashhad on Tuesday, the defense minister said border security is the vital issue for the Iranian Armed Forces.

He added that Iran has already given Armenia and the Republic of Azerbaijan “serious warning” after their mortar shells landed in Iran by mistake.

“The lives of citizens and the security of the holy soil of Islamic Iran are vital and significant issues, and it is by no means acceptable that bullets hit our country’s territory due to carelessness.”

Brigadier General Hatami warned that Iran will definitely adopt broader measures if the warring sides in the Nagorno-Karabakh war continue to make such mistakes.

On Saturday, Iranian Foreign Ministry Spokesperson Saeed Khatibzadeh called on Armenia and Azerbaijan to be careful not to violate Iran’s border amid the outbreak of the new round of fighting.

His comments came after officials in Iran’s northwestern province of East Azarbaijan reported that mortar shells fired by the warring sides in the latest round of fighting between Armenia and Azerbaijan have hit border rural areas in the province.

According to reports, one of the mortars has fallen in a village in Khoda Afrin county, injuring a 6-year-old child.