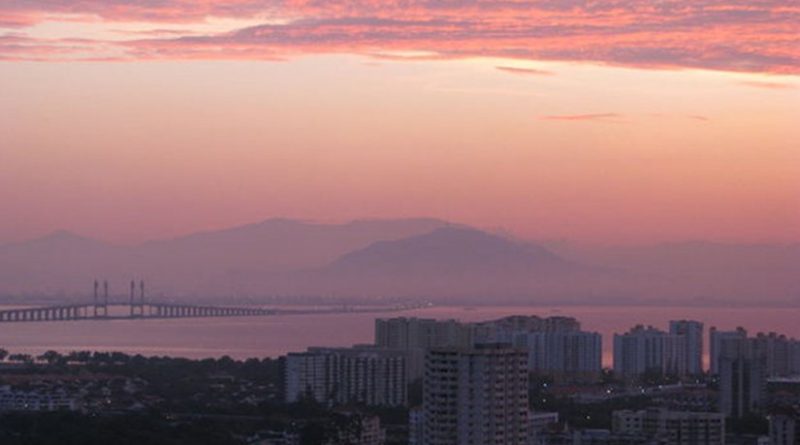 Isn’t the declaration of the International Convention on the Elimination of forms of Racism (Icerd) as proposed by the de facto national unity P Waythamoorthy, an Islamic document in spirit? One that has all the modern vision, mission and operating principles that all religions would promote?

Wouldn’t Prophet Muhammad ratify this human rights instrument if he were to be around today? Maybe the turban-wearing thick-bearded Malay-Muslims who carried the coffin to Parliament did not get to read closely what the noble UN document is seeking to remedy.

Maybe these protesters, an embarrassment to what Islam holds as principles of human rights, did not get the chance to understand what being a “nationalist” and being a “globalist” means in the context of being a Muslim. They have misused the coffin, in fact. An insult to the revered casket of the dead.

Maybe. One can be totally off in this cultural analysis.

One thing for sure: “Ketuanan Melayu” caused the people countless billions of ringgit at the end of the story. The head honcho of Ketuanan Melayu was chief of Ali Baba and the 40 Thieves International Money-Laundering Cartel.

Back to the Icerd-coffin protest. What is wrong with that picture? What is wrong, as a Muslim, in giving equal rights to all Malaysians? Did Prophet Muhammad teach us not to discriminate, degrade, alienate and dehumanise fellow human beings? Did he not tell us that the greatest jihad is the battle against one’s ego? Against a false sense of superiority? Did he not tell us, in his last khutbah/message on Mount Arafat that “an Arab is no more superior than any other race” except in his/her piety to Allah? Wasn’t that clear enough for the Ketuanan Melayu folks to abandon the idea of being racist Malaysians once and for all?

For 60 years, the old regime was not nice to the non-Malays. They institutionalised a system stylised after apartheid. The new regime should dismantle it.

But here is the larger issue. Of what a Malay is and why all Malaysians should be given equal rights.

What is a ‘Malay’ anyway?

What is a Malay? What is a Malaysian? What is a nationalist? What is a ‘nation’? How are we becoming “re-tribalised” in this world of increasing restlessness over a range of issues that are not being resolved by the previous regime and likely going to continue with the new? These are burning questions as we become more mature in discussing race relations in Malaysia almost 40 years after the May 13, 1969 incident.

Ernest Renan, Anthony Smith, William R Roff, Benedict Anderson, Harry Benda, the Andayas and John Funston – all major scholars of nationalism – would agree that Umno does not have an ideology except to sustain its elusive political superiority via the production of post-industrial materials and human beings. That Islam is not for Malays only. And that Islam prohibits all forms of racial discrimination. Prophet Muhammad the messenger of peace had a long time ago eliminated all forms of discrimination.

The problem lies in how Malays see “Malayness” as a political construct which can be easily manipulated and misrepresented and used by the richer, wealthier, and more powerful Malays in order to maintain their stranglehold over the easily manipulated, ignorant and powerless Malay. This is not new. The feudal lords, historically, found it useful as well.

And when Islam is hybridised in the mix of misrepresentation, the clamouring for Ketuanan Melayu became louder and was used as a battle cry for some meaningless memory of an imagined community as well as a slogan which no one exactly knows the meaning. The idea of “Malay Superiority” does not exist in the constitution and after a while, it became a laughing stock for Malays thinking like Malaysians.

Herein lies the elusiveness of things. Of the Malays being constructed as a post-industrial tribe.

Even the word “Barisan Nasional” is elusive. It is surviving and its means to cling on to power by all means necessary becomes more efficient and sophisticated. Its survival lies in the way people are divided, conquered, and mutated into “post-industrial tribes” and market-segmented and differentiatedly-sophisticated enclaves that are produced out of the need for the free market economy to transform Malays and Malaysians into consumers of useless goods and ideologies.

Post-industrial tribalism is a natural social reproduction of the power of the media to shape consciousness and to create newer forms of consumerist human beings. Nationalism, including Malay nationalism of the previous Mahathirian era, is an artificial construct that needs the power of “othering” and the “production of enemies” and “bogeymen and bogeywomen” for ideological sustainability.

But what is “nationalism” and does “Malay nationalism” actually exist in this century? Does the idea of “natio” or “nation” or “a people” survive merely on linguistic, territorial and religious homogeneity when these are also subject to the sociological interrogations of subjectivity and relativity?

Nationalism is a psychological and cultural construct useful and effective when deployed under certain economic conditions. It is now ineffective as a tool of mass mobilisation when nations have gained “independence” from the colonisers and when the “enemy” is no longer visible. All that exists in this post-industrial, globalised, borderless and mediated age of cybernetic capitalism is the idea of “post-industrial tribes” that live and thrive on chaos and complexity and on materials and goods produced by local and international capitalists.

Special rights for all, please

We are in the 21st century. We have a new government that is trying to move away from tribal politics. In a year, we will arrive at the year 2020, supposedly the Mahathirist-metaphorical year we will have achieved a clear vision. Like going to an eye doctor and everything is A-okay. The non-Malays and non-bumiputera have come a long way into being accepted as full-fledged Malaysians by virtue of the ethics, rights and responsibilities of citizenship. They ought to be given equal opportunity in the name of social justice, racial tolerance and the alleviation of poverty.

Bright and hard-working Malaysians regardless of racial origin who now call themselves Malaysians must be given all the opportunities that have been given to the Malays since 60 years back through the New Economic Policy of the early 1970s. They can no longer be discriminated in all spheres of life. They pay their taxes, too. They have aspirations. Of the Malaysian dream, for their children. They are us. Because we cannot be living in a world of “Us versus Them”, under the cultural roof in the house we together built. The plain logic of national unity.

Islam and other religions require this form of social justice to be applied to the lives of human beings. Islam does not discriminate one on the basis of race, ethnicity, colour, creed or national origin. It is race-based politics, borne out of the elusiveness of nationalism that creates post-industrial tribalistic leaders; leaders that will design post-industrial tribalistic policies. It is the philosophy of greed, facilitated by free enterprise run amuck that will force leaders of each race to threaten each other over the control of the economic pie.

The claim of “civilisational Islam” or “Islam Hadhari” back in the day or sloganised in the 1980s as “Masyarakat Madani” must be backed with a philosophy of development that restructures society no longer on the basis of newer forms of post-industrial tribalism that accords the political elites with the best opportunity to amass more wealth, but to redesign the economic system based on an efficient and sound socialistic economic system. It might even require political will to curb human enthusiasm of acquiring more and more of the things they do not need. In short, it should curb the temptation to out-consume each other in the name of greed.

To be civilised means to wake up to the possibilities of humanism and not plunge into a world of more sophisticated racism. The universal principle of humanism requires the privileged few to re-examine the policies of national development that prioritises the creation of more real estate projects rather than the construction of programmes to meet basic needs of all races and classes of peoples. To civilise a nation means to de-tribalise the citizens into a polity that will learn to share the wealth of this nation by accepting this land as the “earth of mankind” (bumi manusia) rather than of a land belonging to this or that race.

In a multi-racial, multi-religious country such as Malaysia, nationalism is a complex yet bankrupting concept. In a globalised world of globally and government-linked companies, this concept of “fatherland” or “motherland” is a powerful weapon of the wealthy to mount arguments that hide the real intention of empire-building. The lifestyles of the country’s rich and famous require nationalist sentiments to be played up so that the more the rights are “protected” the more the political-economically rich few will have their sustained control over the people, territories, natural resources and information.

This, I think is the picture of post-industrial tribalism we are seeing as a mutation of the development, appropriation and imitation of the Malay feudalistic mentality. The clear and present danger in our post-industrial tribalistic world lies in the old formula we are wrongly using.
The essential question now is as a Malaysian nation/Bangsa Malaysia, haven’t we agreed upon a common history and a common destiny?

Again, Prophet Muhammad (Peace be Upon Him) would disapprove of the Malay-Muslims protesting with a coffin. He would not even approve of any Islamic party.

Eliminate racism! Think and act Malaysian! The fight against all forms of racial discrimination is now a Malaysian jihad.