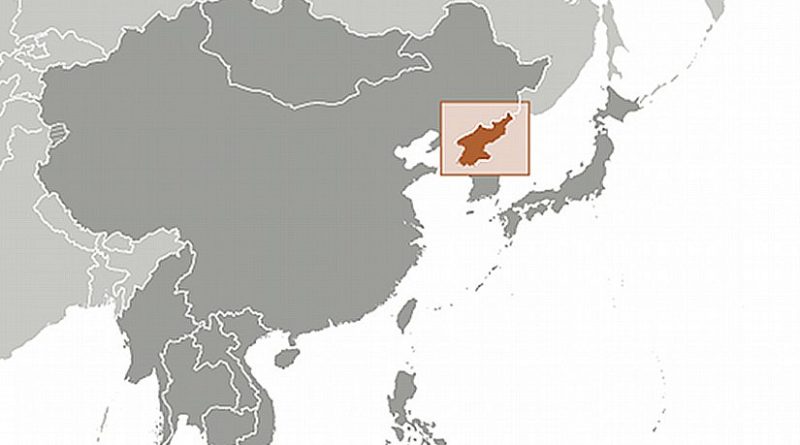 By Bruce Klingner and Baker Spring

North Korea is developing a road-mobile ICBM, expanding the future threat to the United States beyond the Taepo Dong 2 long-range missile that would be launched from fixed sites. U.S. intelligence information disclosed to Congress last month reportedly identified recent North Korean progress on the mobile missile system, though no details of the missile or the recent developments were revealed.[1]

Then-Secretary of Defense Robert Gates warned in January 2011 that North Korean long-range missiles were becoming a “direct threat” to the United States. He estimated that Pyongyang could strike the U.S. with a nuclear warhead-tipped missile by 2015. Gates first revealed the existence of the North Korean road-mobile ICBM program in June 2011.[2]

The failure of international diplomacy and U.N. sanctions to halt North Korea’s ongoing pursuit of missile-deliverable nuclear weapons shows the need for a viable missile defense system for the U.S. and its allies. Yet, despite the increasing North Korean missile threat, the Obama Administration has reduced funding for several missile defense programs.

Although North Korea’s decades-long development of the Taepo Dong missile was well known, Secretary Gates’s disclosure of the road-mobile ICBM was unexpected. The mobile ICBM may be a refinement of North Korea’s Musudan mobile intermediate-range missile, which is based on the Soviet SS-N-6 submarine-launched ballistic missile. The Musudan has been deployed in limited numbers and could hit U.S. bases in Okinawa and Guam.

North Korea conducted a rocket engine test for a long-range missile at its newly constructed Dongchang-ni launch site last October. The test was assumed to be for the Taepo Dong but could also have been for the road-mobile ICBM.[3]

The country may conduct another long-range missile test next year, potentially in tandem with a nuclear test, to underscore its increasing military threat to the United States. Pyongyang may calculate that such demonstrations would compel Washington and its allies to abandon current demands that North Korea comply with U.N. resolutions and instead return to negotiations without preconditions.

Reports of North Korean mobile missile developments come amid growing international concern over Pyongyang’s uranium-based nuclear weapons program. Last year, North Korea revealed a hitherto unknown uranium enrichment facility with 2,000 centrifuges to a visiting U.S. scientist who was “shocked” at the scope and progress of the uranium program. Pyongyang announced last month that it was making rapid progress on enriching uranium and constructing a light-water reactor.

Since taking office, President Obama has weakened ballistic missile defenses for protecting the U.S. homeland against the growing long-range missile threat. The Obama Administration has reduced the number of long-range missile defense interceptors, called Ground-based Midcourse Defense (GMD) interceptors, fielded in Alaska and California by roughly a third and cancelled outright the program for fielding similar interceptors in Poland for the protection of both Europe and the United States.

Given recent unwise downgrades in U.S. missile defense programs, it is entirely appropriate that select members of the House Armed Services Committee, led by the Chairman of the Strategic Forces Subcommittee, sent a letter to Defense Secretary Leon Panetta to express their concern about the lack of U.S. capabilities to defend against long-range missiles.

What Washington Should Do

To remedy these mistakes, the United States should:

Defending the United States, its forward-deployed troops, and its friends and allies against such threats should be a national security priority for the U.S. President. We have a fledgling missile defense capability, but further investment, research, and procurement are needed to realize a fully effective ballistic missile defense system.

Bruce Klingner is Senior Research Fellow for Northeast Asia in the Asian Studies Center at The Heritage Foundation. Baker Spring is F. M. Kirby Research Fellow in National Security Policy in the Douglas and Sarah Allison Center for Foreign Policy Studies, a division of the Kathryn and Shelby Cullom Davis Institute for International Studies, at The Heritage Foundation and a contributor to ConUNdrum: The Limits of the United Nations and the Search for Alternatives (Rowman & Littlefield Publishers, 2009).