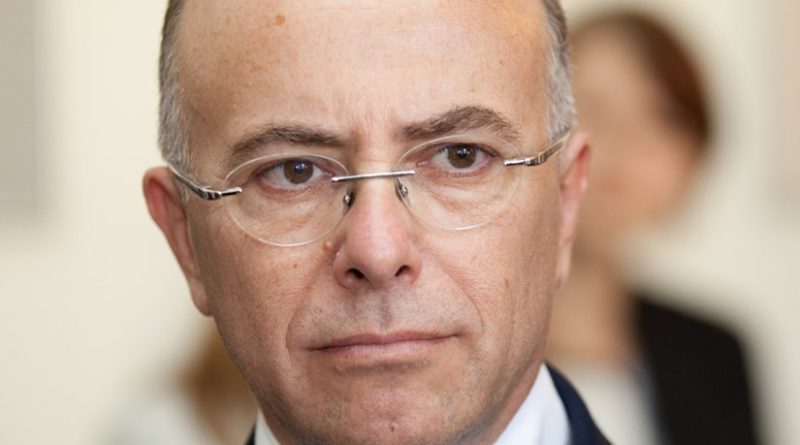 (EurActiv) — France’s former Minister for the Interior Bernard Cazeneuve has taken over from Manuel Valls as head of the government, which he will lead for the last five months of François Hollande’s mandate.

“You have a habit of succeeding me,” Manuel Valls joked as he officially handed over control of the government to Bernard Cazeneuve on Tuesday (6 December). Cazeneuve took over from Valls as minister of the interior in April 2014. Now, as Valls steps down to prepare his presidential campaign, the former mayor of Cherbourg has once again been called in to replace him.

Valls may have used the position of prime minister as a springboard for his presidential ambitions, but Cazeneuve has said he will be happy to run the country until next year’s elections, giving him the record for the shortest term in office.

Hand-picked by Hollande, the new prime minister’s mission is to “protect” France. “This is a prime minister with strong knowledge of security issues and the fight against terrorism, which are the executive’s priorities,” the president explained.

Cazeneuve’s declaration of political priorities will take place next week. The new prime minister, whose mission will be a short one, has promised to use his time wisely. “Each day is useful, each day counts,” he said.

Now a candidate for the presidency, Valls was keen to take credit for the reforms carried out by the current administration, including policies aimed at economic recovery, competitiveness and lowering taxes for middle and low earners.

“I was a lucky prime minister. It is a difficult thing to say in light of the struggles we have been through. But there is no crisis in [the government], just work in the service of France,” said Valls. He then told his successor, “You are a friend, you are a brother. That is a rare thing in politics.”

Often accused of being divisive and confrontational, Valls is clearly making an effort to build bridges in his party ahead of the election. “I have another responsibility today, to bring people together,” he said on Tuesday night on France 2.

On top of appointing a new prime minister, President Hollande made just three changes to other government positions. Bruno Le Roux, the president of the Socialist group in the French parliament since 2012, will take over at the ministry of the interior. Jean-Marie Le Guen, one of Valls’ vocal supporters, has swapped positions with André Vallini, exchanging his parliamentary relations brief for the less prestigious development and Francophonie dossier.

The rest of the government remains unchanged. Contrary to the predictions of some observers, Hollande has not purged the government of Valls’ supporters, but opted instead for an “immediately operational” team with “experience”.

Cazeneuve’s nomination was welcomed by parts of the opposition. “I give him credit for keeping his dignity in all circumstances,” said Thierry Solère, the spokesman for centre-right Republic presidential candidate François Fillon.

“He is a good man, reassuring for the country in these troubled times,” tweeted François Bayrou, the president of the centrist Democratic Movement Party.

But former minister Éric Woerth, a Republican politician, pointed out the limited reach of this “gateway government that will function until the next election”.

The radical left also played down the importance of this cabinet reshuffle. Alexis Corbière, Jean-Luc Mélenchon’s spokesman, said, “Politically speaking, this is a complete continuity of what came before.”

Home » France: Cazeneuve Takes Over As Head Of Government