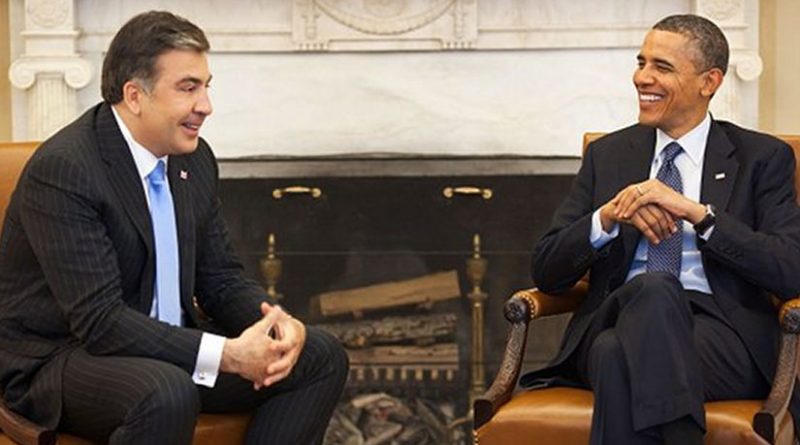 (Civil.Ge) — The Ukrainian authorities have put the ex-President of Georgia and the leader of the Movement of New Forces party in Ukraine, Mikheil Saakashvili, on wanted list following their failed attempt to arrest him on December 5.

The Prosecutor’s Office announced on December 6 that Mikheil Saakashvili is wanted under three articles of the Criminal Code of Ukraine – Article 15 § 1 – criminal attempt; Article 28 § 2- criminal offense committed by a group of persons upon prior conspiracy; and Article 256 § 2 – assistance to members of criminal organizations and covering up of their criminal activity committed by an official or repeated.

According to Larisa Sargan, spokesperson of Ukrainian Chief Prosecutor Yuriy Lutsenko, investigation over the case will be carried out by the National Police and the Security Service of Ukraine.

The Ukrainian Security Service, which temporarily detained the ex-President yesterday, had informed earlier that the case against Mikheil Saakashvili was launched under  Article 256 § 1 of the Criminal Code of Ukraine – assistance to members of criminal organizations and covering up of their criminal activity.

Speaking about the details of Saakashvili’s case on December 5, Ukrainian Chief Prosecutor Yuriy Lutsenko said the ex-President of Georgia planned protest rallies to seize power in Ukraine with the help of Serhiy Kurchenko, a Ukrainian businessman, who, according to the Chief Prosecutor, is a “member of the criminal organization of” ex-President Victor Yanukovych.

The Chief Prosecutor added that one of Saakashvili’s affiliates – a Ukrainian citizen of Georgian origin, who was allegedly mediating between Kurchenko and Saakashvili – was arrested on December 4 when the latter was trying to flee abroad. Lutsenko also released 30-minute-long audio recording, which, according to the Prosecutor’s Office, confirmed that Kurchenko was financing Saakashvili’s activities.

Mikheil Saakashvili, who has remained in a tent camp near the Ukrainian Rada, told his supporters earlier today that he does not plan to appear to the Chief Prosecutor’s Office, but added that he would be willing to receive an investigator in his tent.