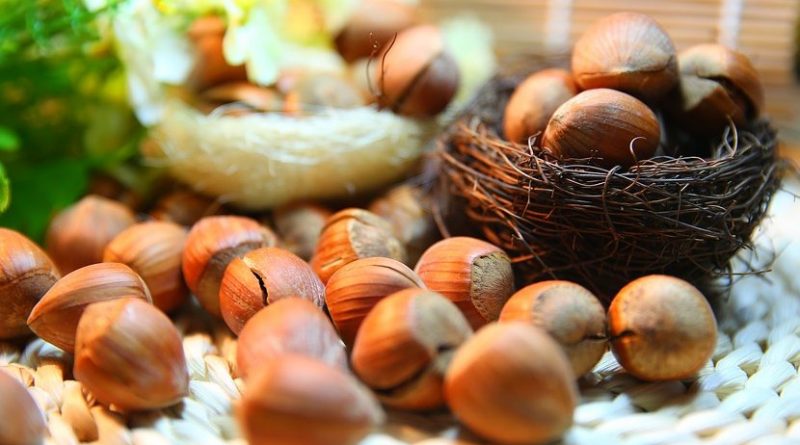 Over the last decade, growing food industry led demand for hazelnuts has not been satisfied globally with a corresponding expansion in supply. Most worldwide commercial hazelnut orchards are traditionally concentrated in a select few areas: in fact, more than half of the global production of in-shell hazelnuts is concentrated in Turkey, followed by Italy, Oregon and Azerbaijan.

The growing demand for nuts and the necessary diversification of supply are urging for production in additional areas that are suitable for hazelnut tree cultivation around the world. But the new territories suitable for hazelnut farming should be chosen carefully, taking into consideration not only the current climatic conditions, but also the climate of the future, its changes and the expected impacts, in order to meet the thermal and water requirements of hazelnut growth and development.

Given the long-term nature of the investment needed to establish new orchards – around 10 years after planting before full production – and given the global changes expected for the future, businesses and decision makers need support from the world of research in defining the right strategies.

Climate sciences can offer an ex-ante evaluation of the future production trends, thus highlighting opportunities for the future of hazelnut cultivation. This has been done for the case of Australia, where an increase in hazelnut imports by more than 60% from 1992 to 2015, highlighted the need to enlarge domestic production through the establishment of new hazelnut plantations.

With the aim of supporting private and public bodies to design new investment plans and promote legislative measures aimed at encouraging hazelnut cultivation in Australia, an international team of researchers conducted the study “Climate change impacts on phenology and yield of hazelnut in Australia”, just released in the Agricultural Systems Journal and carried out with the cooperation and contribution of the Hazelnut company division of Ferrero Group. The study evaluates for the first time the projected impacts of climate change on hazelnut yield and production in a vast area in southeastern Australia, using an ensemble of regional circulation models bound by four global climate models.

Results show a strong agreement between models. The effect of climate change on hazelnut farming is expected to induce a yield increase in the near future (2020-2039), ranging from 18 to 52% in the southeastern coast of Australia. The impacts of climate change are still uncertain in other regions: while the entire domain of analysis is expecting a warmup in the next twenty years, there is still a lack of agreement among climate models on the future changes in precipitation and the degree of temperature increase in other inland agro-climatic zones of the country. Thus, hazelnut production potential varies according to the model considered, and yield will likely remain stable or decrease in the inland areas, despite some models projecting yield increase.

“This study represents a first important step toward an assessment of actual opportunities for the future of hazelnut cultivation in Australia”, affirmed Stefano Materia and Antonio Trabucco, the CMCC researchers who collaborated in the paper. “Nevertheless, there is a need for additional field trials to further validate these results, and many other socio-political components should be considered to optimize decisions on where to start hazelnut farming. For example, in this area water resources are subject to complex regulations and limits for agricultural use, but results could be different if we considered the implementation of irrigation systems beside the effects of climate change.”

WhatsApp Vs Signal: A More Detailed Overview Of Functionality And Anonymity – OpEd

There are two kinds of individuals in this world. People who are advocates of iPhone and the individuals who lean