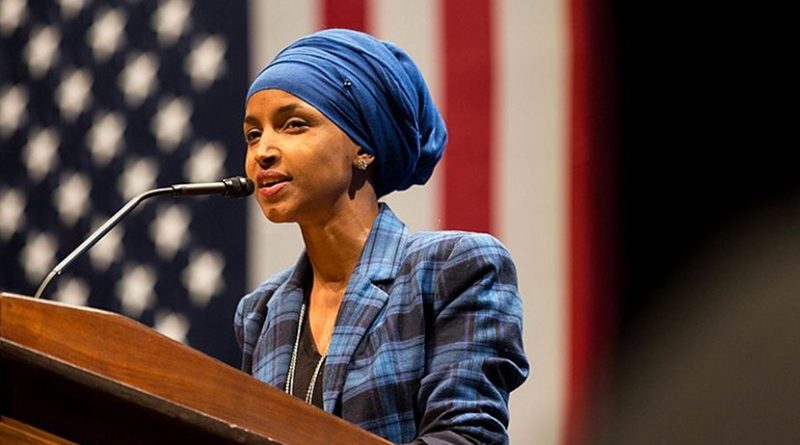 US President Donald Trump has made a sarcastic reference to Representative Ilhan Omar and said the Minnesota lawmaker “doesn’t like Israel,” one day after a New York man was arrested and charged with threatening to murder her.

“Special thanks to Representative Omar of Minnesota,” Trump said while delivering remarks at the Republican Jewish Coalition on Saturday afternoon. “Oh, I forgot. She doesn’t like Israel. I forgot. I’m so sorry.”

His remarks came a day after the US attorney’s office for the Western District of New York released a statement on Friday saying that a man, Patrick W. Carlineo Jr., was arrested and charged with threatening to murder Omar, the newly elected Muslim member of US Congress from the state of Minnesota.

According to the statement, the man had allegedly said he would put “bullet in her [expletive] skull” during a phone call with a member of her staff, and called the Congresswoman “terrorist.”

During the wide-ranging speech at the Republican Jewish Coalition, Trump also said that Democrats “aren’t fighting for Israel in Congress.”

“Republicans believe that we must never ignore the vile poison of anti-Semitism. We do. All of us,” he stated.

Omar is one of the first two Muslim women to serve in the US House of Representatives, the lower chamber of Congress. She is a member of the Democratic Party.

The 37-year-old lawmaker was born to a family of Somali refugees and represents Minneapolis, Minnesota, a district with a large Somali population.

Omar has repeatedly criticized Israel and the powerful pro-Israel lobby in Washington that exerts great influence in US politics.

She has also slammed pro-Israel lawmakers for showing “allegiance to a foreign country.”

Her legitimate criticism of Israel has been deemed anti-Semitic by some colleagues and exposed deep fault lines among Democrats.

In February, Omar said Trump has “trafficked in hate” in his whole life.