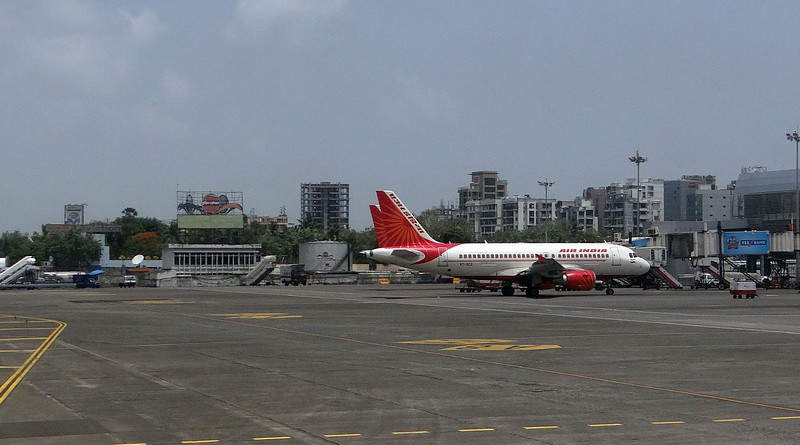 Air travel has been one of the hardest hit industries due to COVID-19 outbreak. As soon as the news of the virus became widespread in late-January, travel demand plummeted and people were second-guessing trips to Asia and airlines began to radically cut flights to China and other locations in Asia. However, within weeks it became evident that flights to Asia were not the only routes to face lower demand. Passenger demand tumbled further as the virus spread to Europe and USA followed by the declaration of World Health Organisation (WHO) as pandemic. As a result containment measures were adopted across the globe with countries closing their borders and nationwide lock down.

In sync with the nationwide lockdown in India, domestic and international commercial passenger flight operation was suspended with airlines grounding planes for 21 days with exception to medical evacuation flights, cargo flights, offshore helicopter operations and flights permitted on special ground. This will have a huge bearing on the margins of airlines operating in the country. The aviation consultant CAPA warned that most of the world’s airlines could be bankrupt by the end of May 2020. The Indian aviation sector contributes USD 72 billion to the national GDP. Given the current lockdown parameters, if 25% decline in industry revenue is assumed, the losses may be around USD 1.5-USD 2 billion.

The unprecedented lack of demand due to travel advisories, visa restrictions and outright bans has resulted in acute fall in revenue. Forward bookings are down by more than 30% as people are avoiding non-essential travel. This has resulted in airlines taking hitherto implausible decisions with respect to their operations. It is paradoxical that the pandemic which has severely lowered the prices of crude oil will garner any benefit for the airlines operating under capacity as Aviation Turbine Fuel (ATF) is a variable cost based on output. As far as the fixed cost is concerned, most of the airlines have asked employees to go on sabbatical without pay or compulsory leave without pay, salary cut, reduction in allowances and layoffs.

Even before COVID-19, most Indian carriers had strained balance sheets and liquidity crunch. The sector has experienced several operational challenges including the closure of Jet Airways, India’s largest international and second largest domestic carrier, the divestment of state-owned debt laden carrier Air India, the grounding and suspension of deliveries of Boeing 737 MAX aircraft and continuing issues with Pratt & Whitney engines on NEO aircraft. Indian airlines had to grapple with punitive fiscal regime, in addition, as Aviation Turbine Fuel (ATF) is not under the ambit of GST, rising cost of maintenance, mounting debt, among other things. Thus the impact of every shock has reverberated over the years.

The airline industry is interspersed with nervous episodes of gut-wrenching turbulence. Just as sharp downturns are common in the airline industry; smart turnarounds are not inadequate either. To steer up the airline industry into calmer climes, a turnaround plan is crucial which includes no Frill model, fuel efficient aircrafts, Sale and Leaseback (SLB) model and new fleet, new network. With no-frills model, airlines will have to cut back all non-essential services such as complimentary food, in-flight entertainment systems and business-class seating to drive down the cost. Typically, overheads are cut by flying from more remote airports and by using a single type of aircraft. The cost burden falls on the passenger as every service they avail will have to be paid for. No-frill model is ideal for passengers undergoing short trips as it offers low fare and since the trip is short, there will be fewer luggage, so luggage cost is reduced.

An excellent way to trim down cost is to use fuel efficient aircrafts of a particular model. This saves money on repairs and maintenance since the company has to stock parts for the model of the plane they use. It also saves training and development expenses of pilots as separate mechanical training programs are not required for each different type of aircraft. For example if we consider the Indigo fleet, the aircraft in service are Airbus A320-200, Airbus A320neo, A321neo and ATR-72. Thus Indigo has emphasised on a particular model in order to save operating cost on such aircrafts.

Apart from operating cost, the most crucial cost is the capital cost of purchasing the aircraft. The cost has to be examined carefully and balanced against a host of factors like life of the asset, depreciation, technology transition- to name a few. Alternatives that minimise cash burns are usually lucrative like the Sale and Leaseback (SLB) model where an airline acquires the aircraft at an attractive price and sells the aircraft to a lessor ideally at a profit and leases it back for its own use. For Sale and Leaseback (SLB) model to be profitable, the cost of aircraft has to be very competitive. That can be leveraged with massive order volumes and strong liquidity which Indigo airline is well-positioned with. While the Air India (Maharaja) owns 120 aircraft, half of which are owned and the rest leased creating a strained position statement.

Lastly a vital tactic is to introduce the most crucial routes from the relevant routes. Small changes in the schedule can yield bigger results. Realigning of flights will assist in better deployment of planes and ground assets, apart from load factor. For instance, instead of everyday flights to less demanding route with less than 60% occupancy rate, alternate day flights can be introduced to trim down the supply with short-haul twin-turboprop like ATR 42 or ATR 72 to bridge up the occupancy rate for short distance travel.

By William L. Anderson* When US attorney general William Barr recently announced that the Department of Justice was reversing course