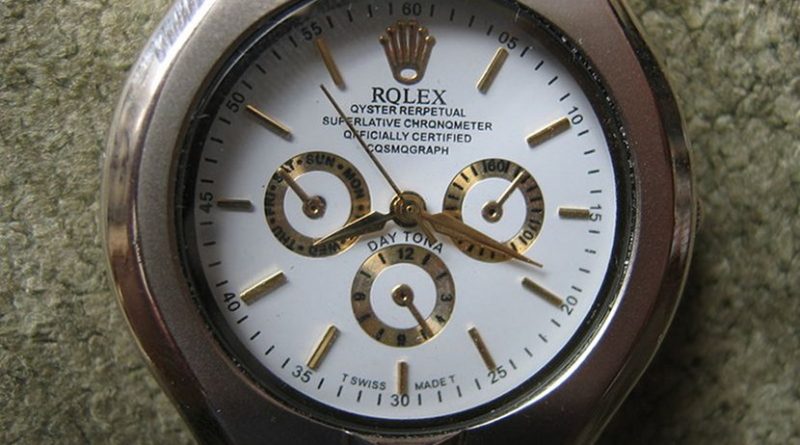 (EurActiv) — According to a study by the EU’s Intellectual Property Office, revenue losses generated by counterfeiting in Europe remain high. EURACTIV.fr reports.

Counterfeit is costly to the EU. According to a study led by the European Union’s Intellectual Property Office (EUIPO), counterfeit bags, clothing, smartphones and fraudulent drugs cost the European economy a loss of €60 billion each year.

A trend that seems to be on the rise, according to EUIPO and OECD estimates, counterfeit products represent 5% of imports in the EU or €85 billion per year.

Measures to tackle counterfeit imports are still weak compared to the size of the issue. According to figures published by the Commission in 2016, customs authorities seized around 41 million counterfeit goods. The total value of the equivalent authentic products is estimated at just above €672 million.

In France, customs stopped 8.4 million counterfeit goods at its borders in 2017. 1.2 million of those were toys and sports articles, followed by 1.1 million items of clothing and more than 1 million electrical electronic and computer equipment.

This mass counterfeiting threatens sectors of the economy based on intellectual property, which generate 42% of European GDP and 28% employment in Europe.

The loss of revenue generated by counterfeiting corresponds to an employment loss of 434,000 jobs in the 13 industries analysed by the report, which included leather goods, toys, clothing, wine and spirits, tobacco products and drugs.

The report highlights a lack of deterrent penalties for importing counterfeit products compared to the sanctions issued for drug trafficking. The counterfeit industry has attracted many organised crime networks due to perceived lack of risk.

“The modus operandi of these [crime] organisations is becoming increasingly complex because of the evolution of technology and supply chains, as well as the range of products that can be counterfeited,” stressed the study.

Counterfeiters have benefitted from the Internet and e-commerce for the sale of products to a larger share of consumers, the practice of e-commerce helps conceal counterfeit products among original ones.

Furthermore, illicit websites also benefit from digital advertising, which increases revenue, some of these websites also display adverts of products associated with legitimate brands, whose counterfeit versions they sell.

Though the study shows that 97% of Europeans believe that IP is important, many of them have also purchased counterfeit products.

According to a study by the Union des Fabricants (UNIFAB, a French organisation that works for the international protection of intellectual property and the fight against counterfeiting), the most voluntarily bought counterfeit products by French consumers include clothing, leather goods and perfume.

Counterfeiting also capitalises on consumers’ lack of information, who often buy fake products in good faith. In France, 37% of consumers bought counterfeits thinking that they were authentic, according to figures from UNIFAB.

The UNIFAB survey also showed that the most involuntarily bought products are sporting goods, 28% of respondents had bought such counterfeit without noticing during the purchase.

A cause for concern since counterfeit drugs can be very dangerous for consumers. According to the World Health Organisation (WHO), every year 700,000 deaths are caused by the use of counterfeit drugs.

“Consumers are the first affected by being the victim of collateral damage caused by these counterfeiters, who do not hesitate to trick others to make more profits. The study shows that we need to increase and persist with awareness campaigns,” said the head of UNIFAB, Christian Peugeot.