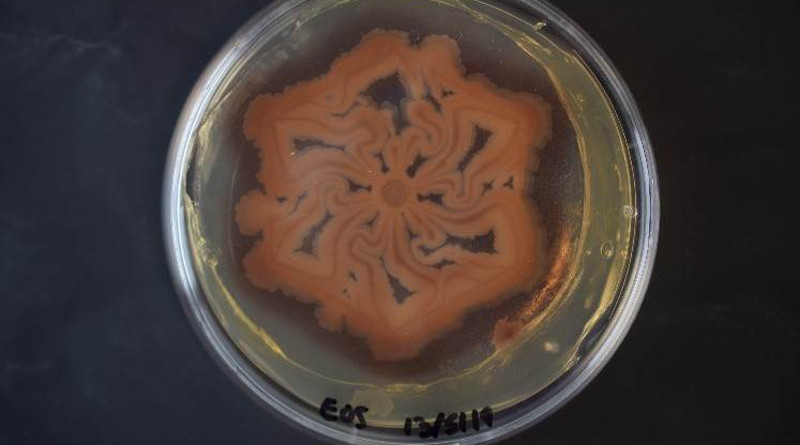 A new method for engineering living materials called ‘MeniFluidics’, made by researchers at the University of Warwick could see a transformation in tissue engineering and bio-art, as well as new ways to research cellular interactions.

Living cells have many properties that non-living materials simply don’t. The ability of controlling the emergent behaviours of cells and organising them into arbitrary patterns is a key step forward towards utilizing living materials, for uses such as organs on a chip. This is why new technologies are being developed to obtain such an ability.

Physicists and biologists at the University of Warwick have teamed up to develop a new method for controlling cellular patterns, published in the journal ACS Synthetic Biology, titled ‘Pattern engineering of living bacterial colonies using meniscus-driven fluidic channels’, their new technique is called MeniFluidics.

Grounded on the physics of meniscus generation, the researchers implemented structures into gel surfaces. Evaporation of water from gel materials lead to formation of open channels which can be used for guiding the direction and speed of cellular expansion.

Dr Vasily Kantsler, from Department of Physics at the University of Warwick said, “I believe that our catchy named (Menifluidics) technique will enable new opportunities in biophysicaland biomedical research and applications such as antibiotic resistance and biofouling.”

Dr Munehiro Asally, from School of Life Science at the University of Warwick added, “We hope MeniFluidics will be used widely by biophysics, microbiologists, engineers and also artists! As it is a simple and versatile method.”