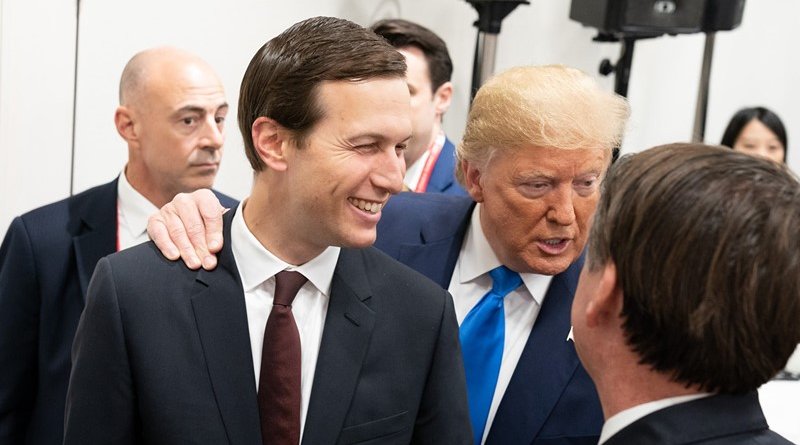 U.S. President Donald Trump heads to North Carolina late Monday, aiming to swing a congressional race in the 2020 election battleground state that could provide insight into his re-election chances.

Trump’s rally aims to persuade voters in North Carolina’s 9th Congressional District to head to the polls Tuesday to vote for Republican candidate Dan Bishop. His opponent, Democrat Dan McCready, will be trying to flip a district that Trump won in 2016 with 54% of the vote.

The special election could provide an early test of whether highly educated women voters in suburban areas will throw their support to Democrats in marginally Republican districts as they did in a number of House races in the 2018 midterm elections.

North Carolina is one of a handful of states seen by analysts as a possible swing state in the 2020 presidential election. This early race, fueled by heavy spending on the national level by both political parties, will be a key early indicator on a number of levels.

Michael Bitzer, a professor of politics and history at Catawba College in North Carolina, said the election, “could serve in some ways as a canary in the coal mine if we’re looking at the national narrative of college-educated, white suburban women, and how they may view the Republican Party under President Trump, and whether they are supportive of him and the party, or they’ve been turned off by his rhetoric.”

In this relatively safe Republican district, “bringing in the president and the vice president seems to indicate that Republicans are looking at this as a competitive election,” Bitzer said.

The 9th Congressional District has sent a Republican representative to Congress since 1963. Congressman Robert Pittenger, whose retirement from seat triggered this special election, won by 58% of the vote two years ago.

The effort to fill Pittenger’s seat has been anything but business as usual in this district.

Last November, McCready ran against Republican Mark Harris, whose election win was invalidated by the state board of elections after allegations of ballot tampering and election fraud. Support for Harris, who initially appeared to have won his election by 905 votes, eroded, leading him to decline to run in the new Republican primary held this February.

Bishop, the state senator who ultimately secured the nomination, appears to be lagging behind McCready in bipartisan polling. In a survey conducted Aug. 26-28, McCready leads Bishop by a margin of 46% to 42%. When voters leaning Democratic are included, McCready’s margin increases to 49 percentage points.

According to Bitzer, non-Hispanic/Latino white women make up 30% of the district’s 501,000 registered voters. The district is primarily composed of urban and suburban areas that vote Republican, including outlying areas of Charlotte, the city selected for the 2020 Republican National Convention.

Democrats took back the House in 2018 by winning over traditionally Republican suburbs like the neighborhoods in the 9th District.

“It is a referendum on Trump and that’s because Trump and Dan Bishop have made it such,” said Susan Roberts, a political science professor at Davidson College in North Carolina. “That’s the theme the NRCC [National Republican Congressional Committee] and the surrogates for Trump have made it. [Donald Trump, Jr.] came and talked about the Hamas wing of the Democratic Party supporting Dan McCready.”

Bishop’s campaign ads have characterized McCready as a Washington insider with socialist views. The accusations imply McCready would fit in with Rep. Alexandria Ocasio-Cortez and other members of the so-called “Squad,” a high-profile group of female freshman House Democrats.

McCready is mounting a localized campaign, capitalizing on the fact that he has been running for this congressional seat for the past 2½ years.

“The feeling from the voters that I’ve talked to is that they’re sort of ignoring the noise,” said Sharon Toland, a door-to-door canvasser for the McCready campaign. “Dan’s been campaigning in the district for years now. I think they feel like they know and they have a pretty good idea of who he actually is, he’s a moderate candidate.”

Recent mass shootings in Dayton, Ohio, El Paso, Texas and Odessa, Texas, might not have much of an impact on the race.

“It’s such a conservative district in terms of guns,” said Sarah Taber, a member of the Cape Fear Indivisible, a Democratic activist group in the eastern part of the district.

Fort Bragg, the world’s largest military base, is nearby, and many military families live in the 9th Congressional District. Taber said many military voters are gun owners who support common sense measures but don’t engage with the issue as deeply as solutions for solving health care.

Political scientist Roberts said the district’s long-running saga of voter fraud and multiple elections in a relatively short amount of time may have a significant impact on voter turnout.