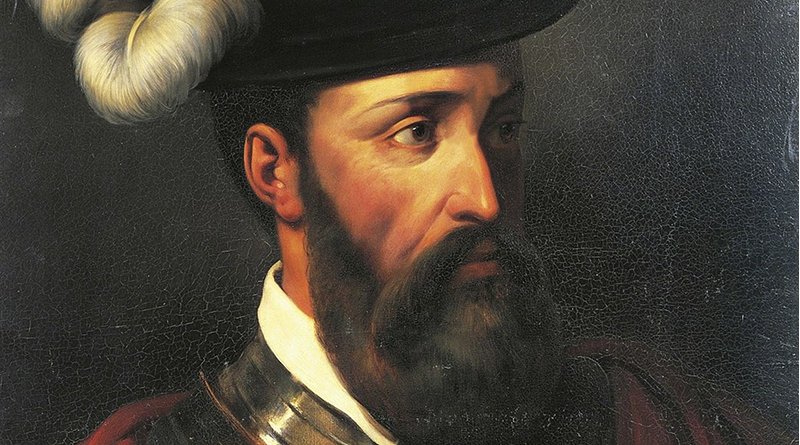 The latest analytical techniques available to scientists can confirm the validity of historical sources in some cases, and suggest a need for reconsideration in others.

As any historian will tell you, we can rarely take the claims made by our ancestors at face value. The authenticity of many of the artefacts which shape our understanding of the past have been hotly debated for centuries, with little consensus amongst researchers. Now, many of these disputes are being resolved through scientific research, including two studies recently published in EPJ Plus.

The first of these, led by Diego Armando Badillo-Sanchez at the University of Évora in Portugal, analysed an artefact named ‘Francisco Pizarro’s Banner of Arms’ – believed to have been carried by the Spanish conquistador during his conquest of the Inca Empire in the 16th century.

The second team, headed by Armida Sodo at Roma Tre University in Italy, investigated a colour print of Charlemagne – the medieval ruler who united much of Western Europe – assumed to be from the 16th century.

The work of both teams shows that today’s analytical techniques are sufficiently sophisticated to differentiate between authentic historical artefacts and forgeries. In their study, Badillo-Sanchez’s team found that the fabrics, dyes, adhesives and decorative metals used to make Francisco Pizarro’s Banner of Arms are consistent with the manufacturing techniques available to the Spanish in the 15th and 16th centuries.

In contrast, Sodo’s team discovered that the pigments used in the Charlemagne print had not been invented until the 19th century. Both groups drew their conclusions by combining several analytical techniques, including Raman and infrared spectroscopy, X-ray fluorescence, chromatography and microscope imaging, which allowed them to study the fragile objects without damaging them.

The two studies show that with the help of the latest analytical techniques, the authenticity of many historical artefacts can be confirmed, while that of others may need to be reconsidered.