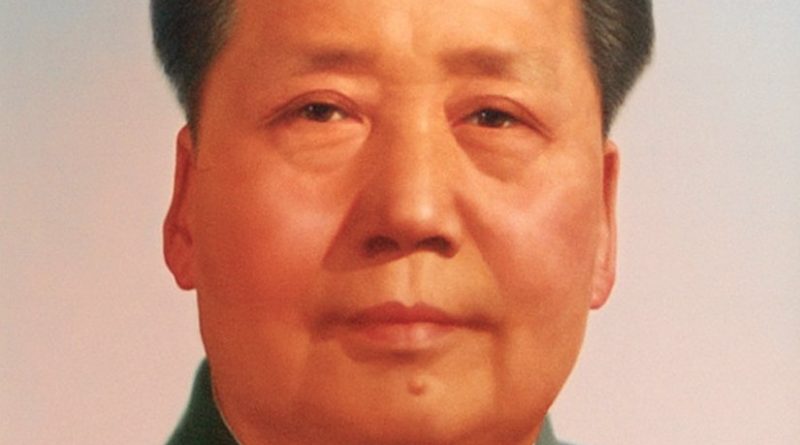 “I’m Jim Speta. And I am a racist.” So professed the interim dean of Northwestern University Law School at a recent online town hall meeting. Other law school personnel also denounced themselves as the American version of Chairman Mao’s “struggle sessions” hits academia. China itself has brought back this chestnut of all-encompassing communist tyranny over the past few years. Its oppressed citizens have been able to see through the hollowness of it all.

“You learn to make criticisms that sound serious but don’t really threaten anybody,” one official told The New York Times in 2013, quoting the words of a colleague. “There’s no honesty involved; everyone is simply putting on a show,” said another official. It should be highly disconcerting that the pedestrian nature of cheap wokeness repulses even apparatchiks in communist China while our so-called leading educators rush to embrace it. The stultifying mediocrity of thought at our centers of “higher learning” is every bit as dangerous as the culture of coercion these institutions seek to impose on our nation’s budding adults.

Conservative journalist Rod Dreher posted a screenshot of the Northwestern Pritzker School of Law online town hall showing the various academics confessing their failings in the name of advancing the glorious shining path of woke progressivism. Speta, the new interim dean at Pritzker, “has been a member of the faculty since 1999, and has held a number of key administrative positions at the Law School,” an interview with him posted on the school’s website on Aug. 21 states. “Prior to his role as vice dean, he served as senior associate dean for academic affairs and international initiatives,” the article reveals.

We are not dealing with the young, immature radical that has infested our nation’s universities here. This is an experienced and accomplished man fully submitting to the leftist cult. The power dynamic on display is startling.

In the school Q&A, Speta forthrightly declares his fealty to the educational wing of the race-obsessed Cultural Marxist agenda:

“I am committed to doing real work on issues of diversity and inclusion and anti-racism…. Anti-racism trainings for the senior leadership team are underway, and, in partnership with the University, we will be rolling out additional trainings to the rest of the administration and staff, as well as to the faculty. And based on inquiries from faculty, we’ve developed resources on racial and social justice issues for individual classes that have been made available through the library. We’ve also hosted conversations about how to pursue inclusive teaching and social justice issues inside the classroom.”

Conformity, not honesty, is being laid out like rolls of carpet. A Chinese professor realized this seven years ago.

“It’s using an ideological tightening to prevent the kind of explosion of political participation that could be triggered by a more relaxed environment,” Xiao Gongqin, a history professor at Shanghai Normal University, told The Times of the 2013 struggle sessions in his homeland.

Stifling sincere intellectual curiosity is how leftist radicals utilize our nation’s universities to further their revolutionary aims. The positive act (on their part) of seizing the halls of academia to indoctrinate young Americans is accompanied by the equally crucial and complementary negative act of not allowing these developing citizens to learn to reason in the very places where they should be honing that skill.

“The far-left wants to coerce you into saying what you know to be false, and scare you out of saying what you know to be true,” President Trump proclaimed Aug. 27 in one of the strongest moments of his nomination acceptance speech at the Republican National Convention. When it comes to the rot in our country’s university life, the ultimate goal of the far left is to coerce and scare young Americans out of thinking for themselves.