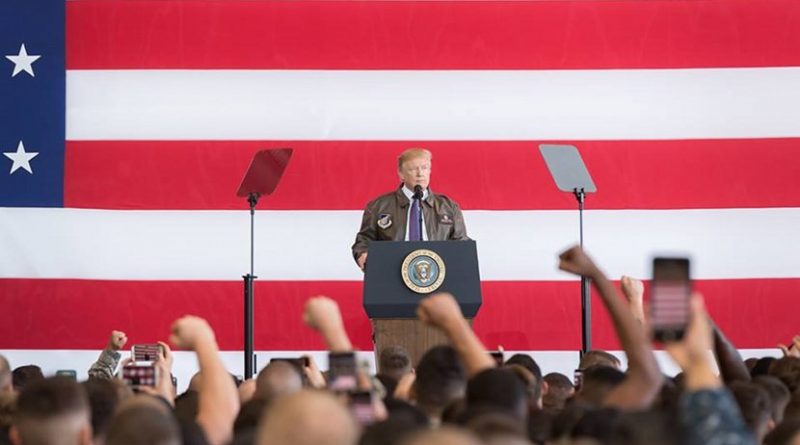 Tales of exaggeration and outright lies by this president are not new. In 1974, the New York Times did a profile on the young Trump. He claimed he was worth $200 million when his taxable income then was $2,200 a week; that he was of Swedish heritage; that he had graduated at the top of his class at Wharton! Claims of high intelligence are repeated often, and an assurance of how he would get better deals abroad.

Which brings us to his foreign policy. His campaign promoted America First, a doctrine earning its name before WW2 when proponents wanted the US to stay out of another European war. Roosevelt thought otherwise and the Japanese ended the issue.

Since the election, however, the only isolation Mr. Trump has initiated is in the unintended alienation of allies. Against foes, he has been quite belligerent. He has threatened to annihilate North Korea; he ordered missile strikes against Syria when the evidence of its culpability was vague; the stepping back from the Iran nuclear deal and his clear backing of the Saudis place him in the Sunni camp against the Shias.

While closely aligned with Netanyahu, he claims to be pushing for a peace deal. He certainly has of a different source. Beset by the new Trump-Netanyahu-Saudi alliance, the Palestinian factions Hamas and PLO have agreed to peace (at least a truce) and power sharing.

Trump’s pugilistic approach to trade has offended friends and rivals prompting Angela Merkel’s caustic remark that if Americans want to sell cars here, why don’t they make cars Germans would want to buy. Meanwhile, China and Russia are drawing closer, swooping up Iran, possibly Turkey and other peripherals while Trump threatens Pakistan, now less dependent than ever on America.

He has sent an additional 6,000 troops to Afghanistan, a drop compared to Obama’s efforts which failed. They have made no difference and the Taliban control half the country.

If all of this constitutes foreign policy, its strategy remains a mystery while it has all the makings of a mishmash response to events in ways ill-informed even thoughtless.

Meanwhile the specter of his Russian problem looms larger turning partly real with the indictment of Paul Manafort Jr., who managed the Trump campaign briefly, and the guilty plea of campaign foreign policy adviser George Papadopoulos for lying to the FBI about his connection with the Russian government’s efforts to influence the 2016 election. The latter could conceivably lead to the White House particularly when Papadopoulos is busy negotiating a lenient sentence in exchange for information and could involve others.

Of course, the Clinton campaign spent $12 million trying to get dirt dug up on Trump including the notorious dossier compiled by Christopher Steele, a former British Intelligence operative turned consultant, who founded Orbis Business Intelligence the firm hired.

Six of one and half a dozen of the other as each campaign tried to acquire ammunition to smear the other. So, what else is new?