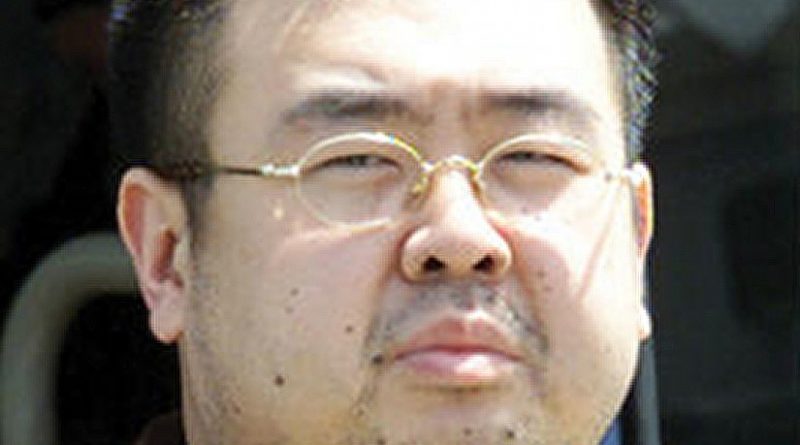 The defense phase of the trial of two Asian women charged with murdering the half-brother of North Korean dictator Kim Jong Un at a Kuala Lumpur airport will start Jan. 7, a Malaysian judge ruled on Wednesday, allowing a defense attorney time to heal from surgery.

The trial was set to resume on Nov. 1, but was delayed because Gooi Soon Seng, who is leading the team defending Indonesian citizen Siti Aisyah, underwent pancreatic surgery.

“He is recovering well,” Hisyam Teh Pok Teik, who represents co-defendant Doan Thi Huong, a Vietnamese citizen, told BenarNews outside the courtroom.

The women are charged with the murder of Kim Jong Nam, who died after being exposed to the toxic VX nerve agent at Kuala Lumpur International Airport 2 on Feb. 13, 2017.

On Wednesday, the judge read out the new dates for the trial.

He set four more court dates in January, two in February, eight in March and six in April. Siti will be given 10 days to present her defense and Doan the next 14.

Siti and Doan, who were in the courtroom on Wednesday, appeared calm during the short hearing.

In addition, the judge set Dec. 14 to hear a request from Siti’s lawyers that prosecutors produce statements from eight witnesses.

The witnesses include Dessy Meyrisinta and Raisa Rinda Salma, who were Siti’s roommates in Kuala Lumpur and may have been present when police raided their room.

Another name on the list is Tomie Yoshio, a Japanese friend of the estranged half-brother of Kim Jong Un. During the prosecution’s case, the lead investigator identified Yoshio as the Malaysian who provided his personal chauffer for Kim Jong Nam, who had expressed fear for his life six months before he was killed.

Meanwhile, Doan’s lawyer said he planned to call up to six citizens – Malaysians and foreigners – for her defense.

“We have one or two foreign witnesses that might be a bit difficult to persuade to come. We will do our best to persuade them and we hope we are able to get them to come here,” Hisyam said, adding Doan plans to testify.