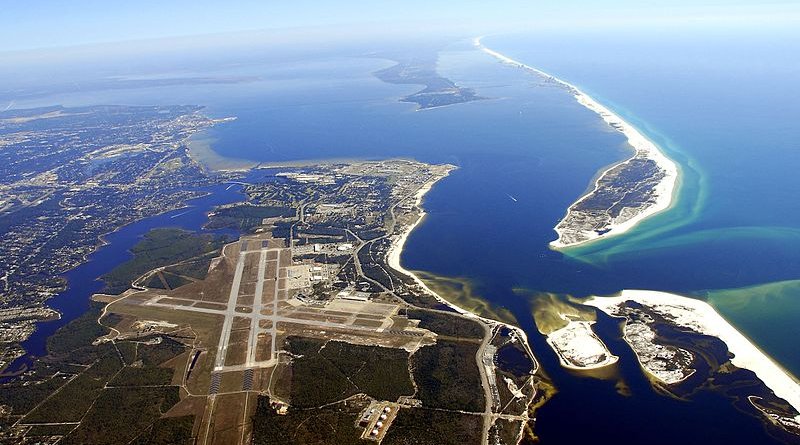 The US Defense Secretary said Saturday he was not prepared at this point to label as “terrorism” the shooting dead of three people at a US Navy base by a Saudi airman.

His comments come after a group that monitors online extremism said the shooter posted criticism of US wars hours before carrying out the attack.

“No, I can’t say it’s terrorism at this time,” Mark Esper said, adding he believed investigators needed to be allowed to do their work.

The US authorities have not officially named the attacker or given a motive for the shooting inside a classroom at the Naval Air Station Pensacola in Florida on Friday.

However, he has been widely identified as Mohammed Saeed Alshamrani, a second lieutenant in the Royal Saudi Air Force. He was shot and killed by police at the scene. Eight people were injured.

King Salman has led Saudi Arabia’s widespread condemnation of the shooting and offered condolences to the families of the victims.

According to SITE Intelligence Group,  Alshamrani appeared to have posted a justification of the attack in English on Twitter a few hours before it began.

He referred to US wars in the Middle East and criticized Washington’s support for Israel, SITE’s analysis said. He also quoted the former Al-Qaeda leader Osama bin Laden.

The Federal Bureau of Investigation declined to answer questions about the account, Reuters reported.

A US official told AP that the FBI was examining social media posts and investigating whether he acted alone or was connected to any broader group.

The base outside Pensacola, near Florida’s border with Alabama, is a major training site for the Navy and employs about 16,000 military and 7,400 civilian personnel, according to its website.

The attacker was in aviation training at the base, Florida Gov. Ron DeSantis said at a news conference.

Relatives identified one of the dead as Joshua Kaleb Watson, 23, who had arrived at Pensacola two weeks ago for flight training.

“Joshua Kaleb Watson saved countless lives today with his own,” his brother, Adam Watson, wrote on Facebook on Friday. “After being shot multiple times he made it outside and told the first response team where the shooter was and those details were invaluable.”

About 100 people gathered for a vigil on Saturday, where Chip Simmons, chief deputy in the Escombia County Sheriff’s office, recounted being one of the first on the scene, which he said was littered “with glass and blood, with killed and wounded lying on the floors.”

Condemnation of the attacks continued to pour in from Saudi officials and other organizations on Saturday.

The Organization of Islamic Cooperation (OIC) the shooter did not represent the tolerant Islamic values of the Saudi people and all Muslims who believe in “tolerance and moderation.”

The secretary-general of the Muslim World League (MWL) Mohammed bin Abdulkarim Al-Issa said that the attack was “a horrific crime” that does not have a religion or nationality.