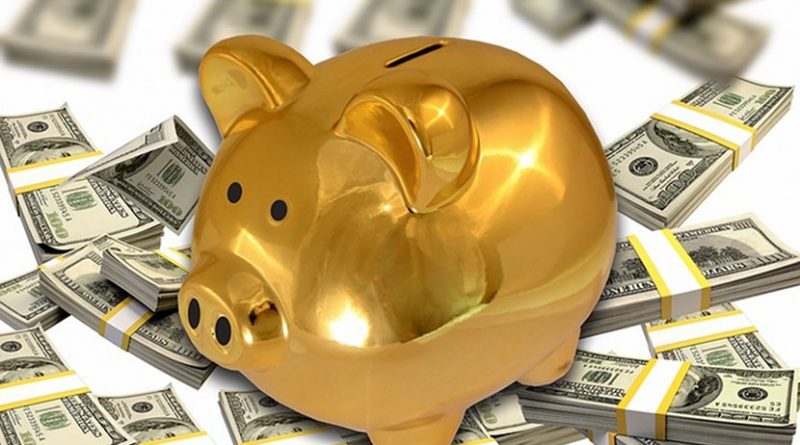 Global debt is expected to soar to a record $277 trillion by the end of the year, according to the Institute of International Finance. Developed markets’ total debt—government, corporate, and households—jumped to 432 percent of GDP in the third quarter. Emerging market debt-to-GDP hit nearly 250 percent in the third quarter, with China reaching 335 percent, and for the year the ratio is expected to reach about 365 percent of global GDP. Most of this massive increase of $15 trillion in one year comes from government and corporates’ response to the pandemic.

However, we must remember that the total debt figure had already reached record highs in 2019, before any pandemic and in a period of growth.The main problem is that most of this debt is unproductive debt. Governments are using the unprecedented fiscal space to perpetuate bloated current spending, which generates no real economic return, so the likely outcome is that debt will continue to rise after the pandemic crisis is ended and that the level of growth and productivity achieved will not be enough to reduce the financial burden on public accounts.

In this context, the World Economic Forum has presented a roadmap for what has been called “the Great Reset.” It is a plan that aims to take the current opportunity to “to shape an economic recovery and the future direction of global relations, economies, and priorities.” According to the World Economic Forum, the world must also adapt to the current reality by “directing the market to fairer results, ensur[ing] investments are aimed at mutual progress including accelerating ecologically friendly investments, and [starting] a fourth industrial revolution, creating digital economic and public infrastructure.” These objectives are obviously shared by all of us, and the reality shows that the private sector is already implementing these ideas, as we see technology, renewable investments, and sustainability plans thriving all over the world.

We are witnessing in real time the proof that businesses adapt rapidly and provide better goods and services at affordable prices for everyone achieving a level of progress in environmental targets and welfare that would be unthinkable if governments were in charge.

This crisis shows that the world has escaped the risk of scarcity and hyperinflation thanks to a private sector that has surpassed all expectations in a seemingly unsurmountable crisis.

The overall message of the World Economic Forum sounds promising. Only three words spoil the entire positive message: “directing the market.” The risk of governments taking these ideas to promote massive interventionism is not small. The idea of the Great Reset has been quickly embraced by the most bureaucratic and government-intervened economies as a validation of rising government implication in the economy. However, this is incorrect.

The idea that governments will promote an economic system that reduces inflation, improves competition, and empowers citizens is more than farfetched. As such, the World Economic Forum cannot ignore the risk of government intervention within this idea of a Great Reset that does not need to be enforced, as it has already been in place for years.

Technology, competition, and open markets will do more for sustainability, social welfare, and the environment than government action, because even the best-intentioned governments will try to defend at any cost three things that go against the well-intentioned messages of the World Economic Forum: governments will continue to try to defend their national champions, rising inflation, and more control of the economy. Those three things work against the idea of a new world with better and more affordable goods and services for all, with better welfare, lower unemployment, and a thriving high-productivity private sector.

We should always be worried about well-intentioned ideas when the first ones to embrace them are those who are against freedom and competition.

There is an even darker part. Many interventionists have welcomed this proposal as an opportunity to wipe out the debt. It all sounds nice until we understand what it really entails. There is an enormous risk that governments will use the excuse of canceling part of their debt with a decision to cancel a large part of our savings. We must remember that this is not even a conspiracy theory. Most proponents of the modern monetary theory start their premise by stating that government deficits are matched by households and private sector savings, so there is no problem…Well, the only minor problem (note the irony) is matching one’s debt with another’s savings. If we understand the global monetary system, we will then understand that erasing trillions of government debt would also mean erasing trillions of citizens’ savings.

The idea of a more sustainable, cleaner, and social economic system is not new, and it does not need governments to impose it. It is happening as we speak thanks to competition and technology. Governments should not be allowed to reduce and limit citizens’ freedom, savings, and real wages even for a well-intentioned promise. The best way to ensure that governments or large corporations are not going to use this excuse to eliminate freedom and individual rights is by promoting free markets and more competition. Forward-thinking investments and welfare-enhancing ideas do not need to be nudged or imposed; consumers are already making companies all over the world implement increasingly higher sustainability and environmentally friendly policies. This market-oriented approach is more successful than letting the risk of interventionism and government meddling take hold, because once it happens it is almost impossible to undo.

If we want a more sustainable world, we need to defend sound money policies and less government intervention. Free markets, not governments, will make this world better for all.

The same massive government intervention that brought us here is not going to get us out of here.